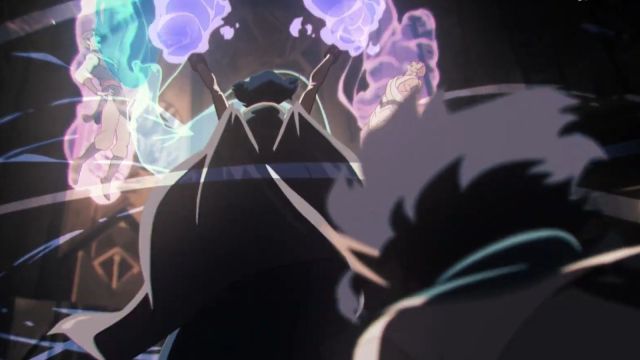 Netflix released the official trailer for Dragon Age: Absolution, based on the Dragon Age video games by BioWare. This six-episode series will be released at the end of the year, and stars Kimberly Brooks, Matthew Mercer, and Ashly Burch. The Dragon Age series is one of many video games to have received its own animated adaptation for streaming. Others include Arcane and Cyberpunk: Edgerunners.

What these shows have in common is that they’re produced by third-party animation studios, in collaboration with video game studios. While most companies like Dinsey and Dreamworks have their own in-house animation departments, others rely on third-party companies such as Titmouse, Flying Bark, and Lighthouse. The same can be said for Dragon Age: Absolution.

Dragon Age: Absolution is a series co-developed by BioWare and a third-party animation company. Red Dog Culture House is the studio behind the show’s animation and is based in South Korea. This animation studio has an extensive history of producing animations based on video games, including The Witcher, Cookie Run: Kingdom, Overwatch, and Maple Story 2.

Red Dog Culture House has a well-rounded production strategy because they don’t stick with one medium. While most studios have placed their focus on entertainment and advertising animation projects, this South Korean studio has produced other types of content in the digital market. The company released WebToon comics such as The Player Who Can’t Level Up and Hanyang Diaries. It also has its own digital publishing division called Red Dog Publishing Group.