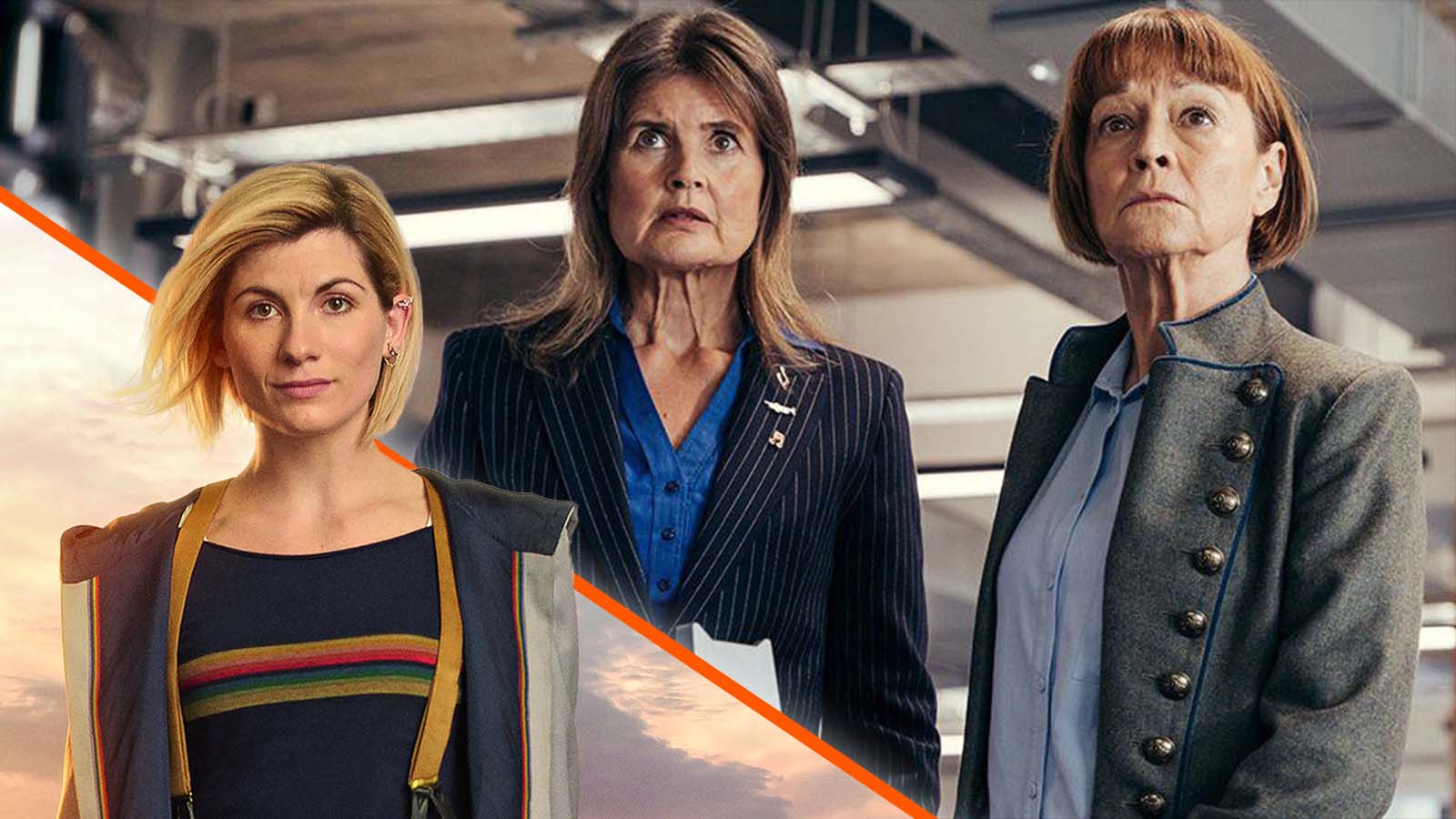 Now that the Doctor Who Easter special “Legend of the Sea Devils” aired on April 17, that means there’s just one episode left to go of the Thirteenth Doctor’s era before Jodie Whittaker regenerates into the as-yet-unknown Fourteenth Doctor. The untitled special, which arrives this fall, promises to be an epic end to Whittaker’s tenure, as the first look teaser trailer dropped the bombshell that two characters not seen in the Whoniverse since the 1980s are set to return.

These are Tegan Jovanka (Janet Fielding) and Ace (Sophie Aldred), a couple of fan-favorites from the classic series of Doctor Who that ran from 1963 to 1989. Several figures from the show’s original run have returned over the years since the Doctor came back to our screens in 2005, but not these two. Now we can look forward to the pair teaming up with Whittaker’s Time Lord against an unholy alliance of the Daleks, the Cybermen, and the Master (Sacha Dhawan).

But who are Ace and Tegan? Which Doctors did they travel with and when did they last appear? Here’s everything you need to know about these two classic companions before Jodie Whittaker’s era of Doctor Who comes to a grand conclusion this autumn.

First appearing in Tom Baker’s final story “Logopolis” (1981), Australian ex-pat Tegan Jovanka stumbled upon a life of adventure in time and space completely by accident. On her way to Heathrow Airport for her first day as an air hostess, Tegan’s car broke down, so she went inside a nearby police box to call for help. Of course, this happened to be the TARDIS, with the Doctor unwittingly taking off with Tegan inside.

Tegan ended up remaining with the Time Lord, witnessing the Fourth Doctor’s regeneration into the Fifth (Peter Davison) and continuing to travel with him, alien aristocrat Nyssa (Sarah Sutton), and teen prodigy Adric (Matthew Waterhouse) — and, later, extraterrestrial refugee Turlough (Mark Strickson). Tegan eventually left the Doctor’s side in 1984’s “Resurrection of the Daleks” after that particularly brutal adventure left her disillusioned by her travels.

Having once described herself as a “mouth in legs,” Tegan is one of the most popular classic companions due to her no-nonsense attitude and ability to give the Doctor a hard time. She also notably appeared in 1983’s “The Five Doctors,” in which she met Doctors One, Two, and Three, and in semi-canon short “A Fix with Sontarans” opposite the Sixth Doctor. Whittaker will be the sixth separate incarnation of the Doctor that she’s met.

Dorothy “Ace” McShane was introduced in 1987’s “Dragonfire,” the final story of the Seventh Doctor’s (Sylvester McCoy) first season. A chemistry whizz, Ace had been conducting an experiment in her bedroom when she was whipped up in a time storm and ended up, Dorothy Gale-like, on another planet. The Doctor offered to take her home, but he ended up showing her the universe along the way.

Ace is beloved by Whovians thanks to the greater character development she had in comparison to most classic series companions. A troubled teen with deep-seated mommy issues and a history of arson, Ace shared a mentor/pupil relationship with “the Professor” — as she nicknamed the Doc — and matured over the course of her time in the TARDIS. What’s more, 1989’s “The Curse of Fenric” dropped the bombshell that the time storm that put her in the Doctor’s path was really the work of ancient malevolent entity Fenric, who had been manipulating the Time Lord’s timeline all along.

Ace finally got home to Perivale, London in ’89’s “Survival,” the final story of the original run, although this wasn’t the end of her adventures. The Seventh Doctor and Ace’s journeys continued in countless books, audio dramas, and comics released before the show was resurrected in 2005. Exactly how Ace’s time in the TARDIS came to a close has never been established, then. Perhaps the upcoming special will finally provide a definitive answer.

Doctor Who returns with a new episode, released as part of the BBC’s centenary celebrations, sometime this fall.