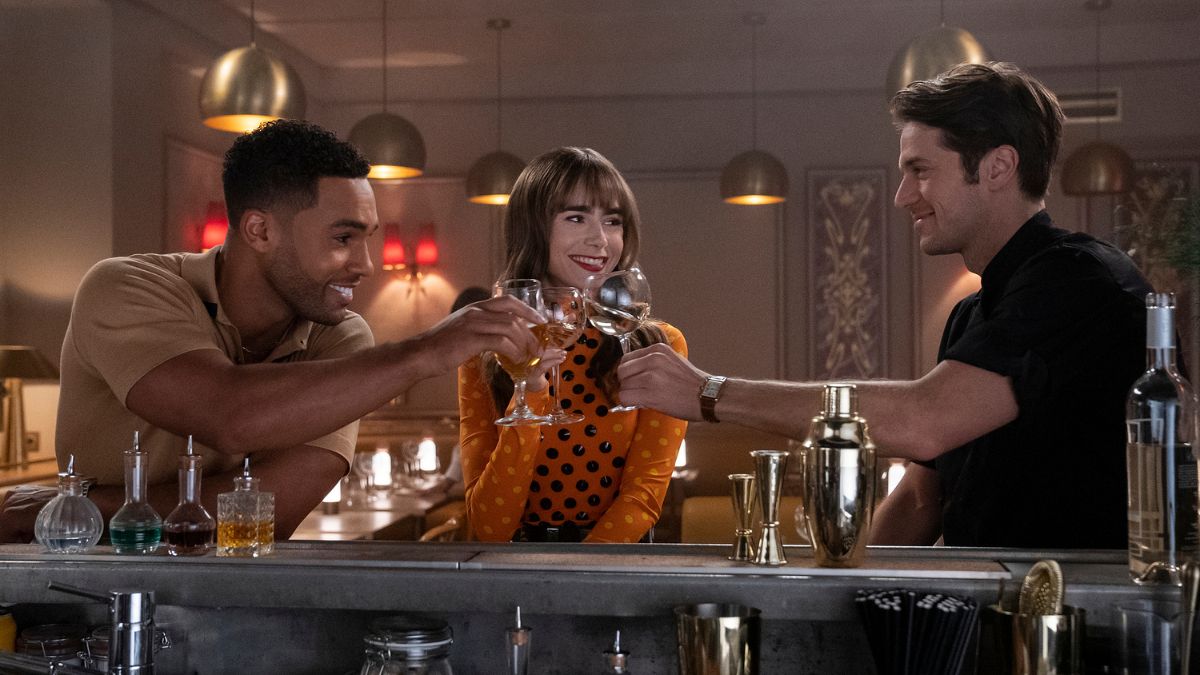 The highly anticipated third season of Emily in Paris has finally arrived on Netflix, and with its release, the francophile series brought along a dash of drama. As avid fans of the show can recall, Emily in Paris‘ second season ended with Emily in a complicated love triangle.

While some fans rooted for the Brit Alfie, others were entirely enthralled by Gabriel’s own charm and dreamy demeanor. The French chef and Emily took their crush to the sheets at the end of season two, despite Gabriel’s own relationship with Emily’s friend, Camille. Emily and Alfie, on the other hand, met while in French class, when the British banker heartthrob was paired with the titular character for an assignment. At the end of the day, Emily has her heart split between the charming French and the handsome Brit, but who does she end up with in this messy love triangle?

Who does Emily finally choose — Alfie or Gabriel?

If you had been rooting for Alfie all along, we have some good news for you: Emily and Alfie end up together. Not too far into the third season, Emily finally makes the decision of staying with the eye-candy brit, although that call was not a result of her sheer will. After Emily and Gabriel discuss their star-crossed romance, Gabriel puts his foot down and finally makes the decision to end their relationship. Approving Alfie, he urges Emily to stay with the British banker, whereas he will continue with Camille, despite everything that’s happened between them.

But this newfound beginning of Alfie and Emily’s relationship gets off to a rocky start. As always, it seems that miscommunication is a key element in Emily’s life, and she must face the fact that her feelings aren’t nearly as strong and intense as her partner’s. Amid all the mismatching and career struggles, Emily and Alfie face, once again, the burden of her lack of commitment toward him. But just when everything seems to be on the edge of doom, Emily decides to put her heart and soul into giving Alfie all the attention he deserves.

When Emily finally makes up her mind and is ready to give her whole heart to him, the couple embraces each other on stage as she makes her grand gesture, proclaiming her love through a song. But, in spite of the rekindled relationship everyone had been hoping for, many still argue that what Emily truly needs is to find herself and her individuality outside of relationships. After all, Alfie does deserve much more than just being someone’s rebound.

Emily in Paris‘ third season is streaming on Netflix, and a fourth season is expected to debut sometime in 2023.