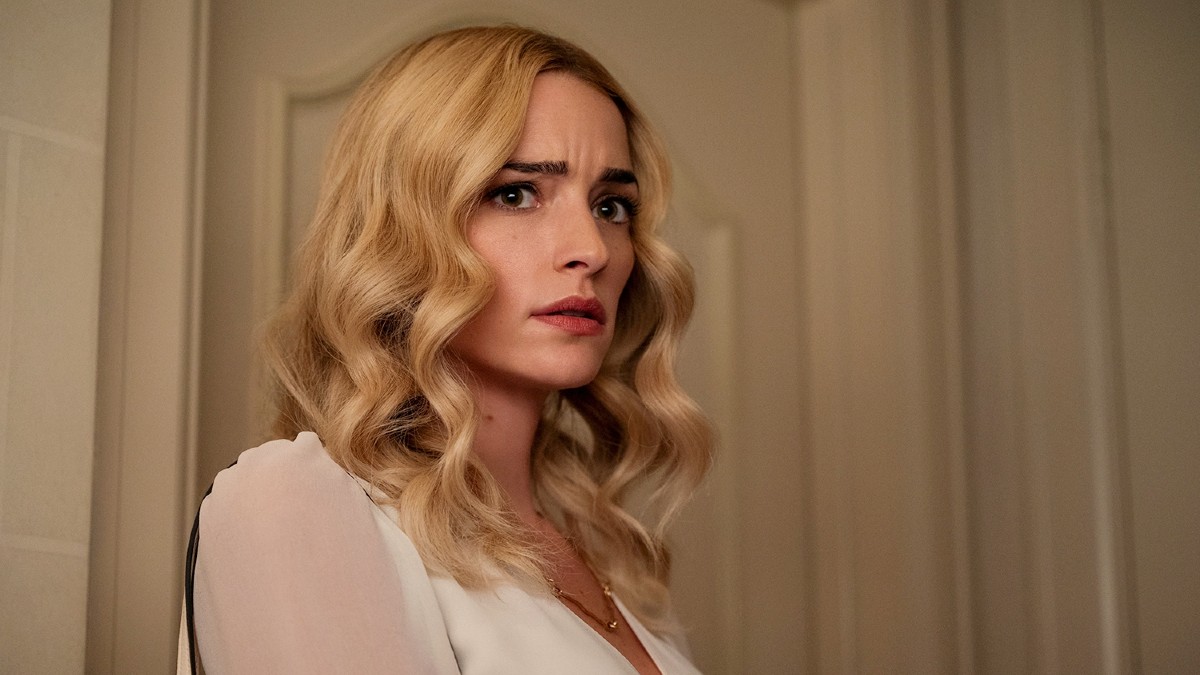 There are plenty of suitors vying for Georgia’s affection in Ginny & Georgia, but only one of them made it down the aisle with her.

The popular Netflix drama follows the titular mother and daughter duo putting their lives together (or trying to) after the death of Georgia’s husband. Georgia works tirelessly to give her daughter and son a better life in Wellsbury, Massachusetts, but her troubled past keeps creeping back up. In season one, her three love interests are introduced and each of them represents something different to her. It seemed at one point that Georgia wouldn’t choose anyone, but in the end, she puts her fears aside and goes through with it—but that still doesn’t guarantee a happy ending.

First up, there’s Zion, Georgia’s ex and Ginny’s biological father. They have a ‘will they, won’t they’ relationship, and now that they’re older and (mostly) more mature people, it seems — at times — that their relationship might stand a better chance. Season two begins with Ginny staying with her dad in season one, and Zion really shows how much he cares for her, perhaps presenting a more solid foundation than Georgia’s whirlwind personality. There’s still a lot of baggage between Georgia and Zion, however, and although they both love their daughter, they don’t always agree with each other’s decisions.

Second is Joe, who owns the Blue Farm Cafe and teaches Ginny life lessons when she comes to work for him after a shoplifting adventure goes wrong. Georgia and Joe also have history together. They met as teenagers, although Joe doesn’t seem to remember her at first. Georgia and Joe’s relationship is somewhat of a clean slate. They have a past and the brevity of it actually works in their favor. A teenage Joe shares a sandwich with a teenage Georgia (who was running with a biker gang) and that small act of kindness set the tone for their relationship moving forward.

In the season one finale, Joe nearly admits his feelings for Georgia, but she’s interrupted by a friend and he never gets it out. Joe dates Cynthia (Georgia’s nemesis) in season two, but it’s evident that he still holds a flame for Georgia.

Georgia lands a job at the mayor’s office in season one and becomes a force to be reckoned with in her role. She quickly attracts the attention of Mayor Paul, who’s equally enthralled by her industriousness and frustrated with her persistence. Paul comes from wealth and offers her a sense of normalcy in her tumultuous life. They start a relationship together. Meanwhile, Cynthia, who’s running for mayor, is devoted to exposing Georgia as an embezzler, but without proper proof, it doesn’t take and Georgia gets away. Georgia and Paul get engaged and Georgia goes into season two with a fiancé and a shot at stability.

Georgia’s son, Austin’s father Gil returns and threatens her life and Gabriel the PI is still working hard to uncover her crimes. Zion has a new love interest in season two who’s worried about his relationship with Georgia, but he remains committed to her. Joe confronts Georgia towards the end of season two. Joe finds a pair of Georgia’s sunglasses from when they were teens and he finally brings up their past. He questions why she came to town and if she still has feelings, but all Georgia says is that she’s engaged to Paul.

After a physical altercation with Gil where Austin shoots and injures his father, Georgia is ready to run. Ginny is learning to move past her mother’s issues after understanding all she’s had to do to keep them safe and pleads for her to stay. Georgia fears telling Paul about what happened with Gil and letting him see what her life is really like, but he supports her by legally protecting her against Austin. they still have issues working out, but the two get married in an extravagant ceremony.

Georgia chooses Paul in the end, and it’s looking like she’s getting everything she wants… until Gil arrives with the police and hauls her off. Ginny is stunned, Paul promises to get her out of this, and Austin heartbreakingly runs after the police car that’s taking his mother away. It’s an emotional scene and bittersweet too. Georgia has pushed past her issues of commitment but now she has to find a way out of this legal predicament.