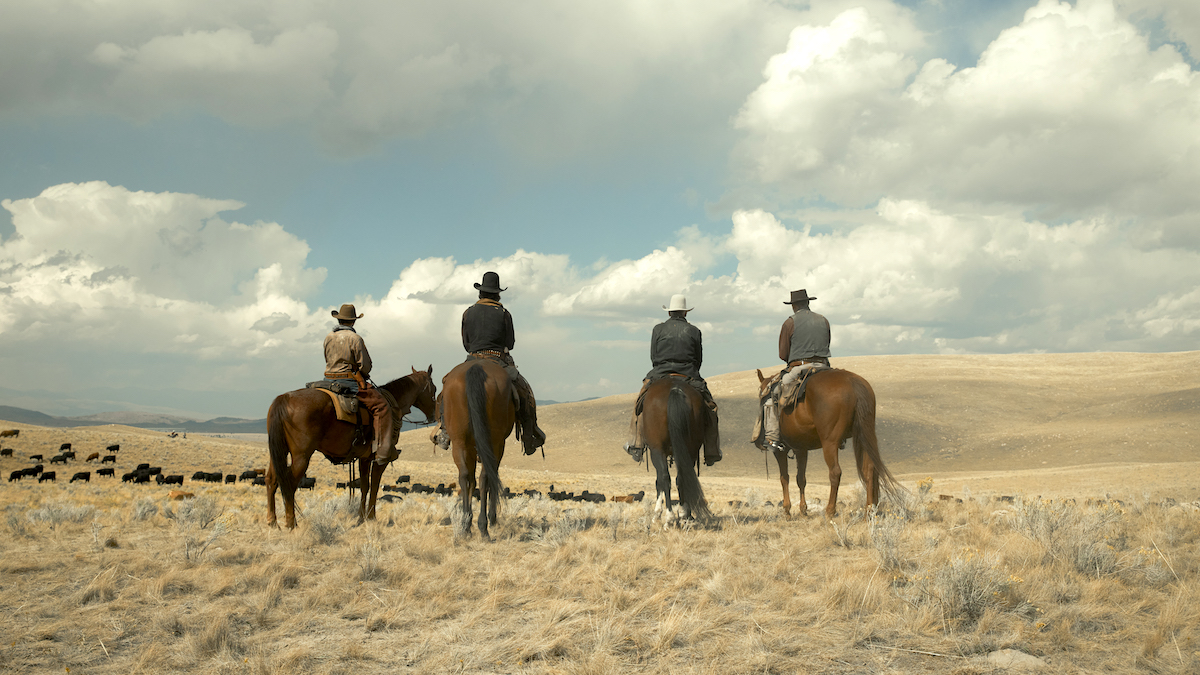 The year is 1923 and a whole new generation of Duttons are here to stake their claim, make their mark, and survive the early days of the Great Depression and Western Expansion facing the great state of Montana.

1923 is the latest prequel series in Taylor Sheridan’s growing Yellowstone universe, taking place 40 years after the events of 1883 and almost a century before present-day Yellowstone. The show stars Harrison Ford as Jacob Dutton, the patriarch of the family, and Helen Mirren as his wife and matriarch Cara Dutton.

The series kicked off its Paramount Plus premiere on Dec. 18, giving viewers a taste of what to expect over the course of its 8-episode arch. Cara Dutton propelled viewers into the series by murdering a Scottish man in cold blood while Elsa Dutton informs viewers via narration that her parents, James and Margaret from 1883, died in 1893. That of course means John and Spencer are now orphans.

While Jacob and Cara hold down the fort at the ranch, other members of the Dutton family put their gun skills to use in the desert plains of Africa.

Which character in 1923 is in Africa?

Spencer Dutton was first introduced into the Yellowstone universe during a flashback scene in season four of Yellowstone. Now, in 1923, his storyline is explored even further. He is the son of James and Margaret Dutton from 1883 and the nephew of Jacob and Cara Dutton who now run the Yellowstone ranch following James and Margaret’s death. When we meet Spencer in 1923 he is officially in his 30s and no longer beholden to his family in Montana.

In fact, Spencer is living in Nairobi, Kenya, making use of Africa’s lawful hunting of game during that period of time. When we see him for the first time, he has his gun trained on a ferocious lion and shoots it just in time before the lion attacks. This scene actually serves as a foreshadowing of Spencer’s final moments of the episode when he is ultimately attacked by a vicious leopard and is left in limbo as we wait until the following episode to discover if he made it out alive.

Throughout the series’ premiere episode, we learn that Spencer is suffering from PTSD due to his time fighting in World War I. Cara reaches out to him via letter to ask when he will return home, and it becomes clear that his family does not understand the burden he carries from his time in battle. Whether or not he will give up the nomadic lifestyle or plant roots in Africa will be explored in future episodes. Of course, that all depends on whether or not he survived the leopard attack.

The season premiere of 1923 is currently available to stream on Paramount Plus. New episodes release every Sunday at 12am PT.