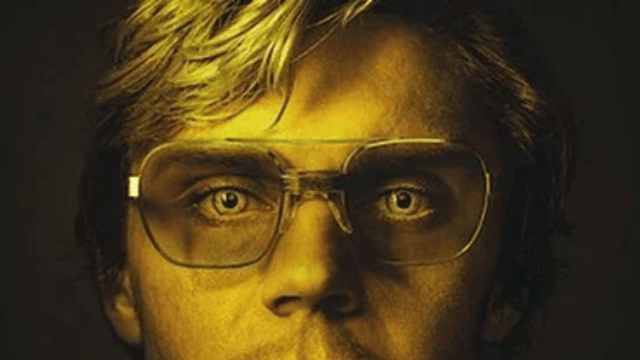 Rodney Buford, a breakout character from the show Deaf U got another chance to shine when he was cast in the disturbing Netflix show DAHMER—Monster: The Jeffrey Dahmer Story, about serial killer Jeffrey Dahmer (played by the great Evan Peters). Buford plays deaf, mute victim Tony Hughes. How did Buford get here, and who is he?

Before appearing on Deaf U, Burford was just another college student trying to make his way in the world. He was born somewhere in the Washington, D.C. area and he calls Brooklyn, New York, his home, according to Screenrant. His parents both graduated from Ivy League schools, and he went to the Maryland School for the Deaf.

Burford is an athlete and played football in high school. He continued his athletic career at Gallaudet where he played as a linebacker. He entered the school as a freshman during the 1017-2018 season, and he’s presumably graduated, but we don’t know that for sure.

The popular Deaf U character used to have a private Instagram page, but it was removed and he currently does not have any social media. He’s six feet tall and in college he weighed around 195 lbs. He enjoys hanging out with his friends and going out partying. This was evidenced by his appearance in a nightclub, where he explained how deafness is a hearing spectrum, and depending on where you land on it, you might be in a different group. Yes, deaf people have cliques as well.

His performance was entertaining enough that he was cast in Monster as one of Dahmer’s victims.

Who was the real Tony Hughes?

Burford plays a fairly different character in Monster than how appears in Deaf U. That character is Tony Hughes—one of Dahmer’s later victims. Hughes is heavily featured in the show’s sixth episode, which provides some backstory to the tragic character.

Hughes was born in 1959, according to FBI records. He was not born deaf, but he lost his hearing in the hospital after being giving some medication. He was also reportedly mute. In the show, we see some stretches of time where the audio drops, and we sort of get to experience what life was like for the tragic Hughes.

While in college, Hughes reportedly pursued a modeling career. He was “outgoing, jolly, happy” and “could easily make friends,” his mother told the Associated Press. He was handsome and liked to frequent gay bars, which was where he unfortunately ran into Dahmer.

Dahmer usually chose gay minorities and historians point to that fact and the advent of the AIDS epidemic to explain why he was able to murder for so long and not get caught. Hughes was visiting his family in 1991 in Madison, Wisconsin, and “went dancing at a Milwaukee bar on May 24, 1991. Dahmer picked him up, took him home, drugged him, dismembered his body, and kept his skull,” the AP reported.

In the show, that interaction turned into much more. Dahmer even visited some of Hughes’ photoshoots, and he may have even been working for Dahmer to some degree. Hughes’ mother said he had “taken a new job two weeks earlier but never got his first paycheck,” and that “she was unable to contact the friend because she only knew a first name—Jeffrey.”

How was Tony Hughes Killed?

The details are fairly scarce on the murder, but we do know that he disappeared on May 31 officially, but he hadn’t been seen since May 24. His remains weren’t discovered until July when authorities found his skull and vertebrae in Dahmer’s residence.

He was identified through his dental records. His mother told the AP what that felt like. “When it first happened, I thought I would lose my mind. I just prayed and asked the Lord to show me where my son was. I just wanted to know if he was dead or alive. The way he died, it hurts. Words can’t describe it.″

Dahmer later confessed to the murder, and he was later killed by another inmate in prison.