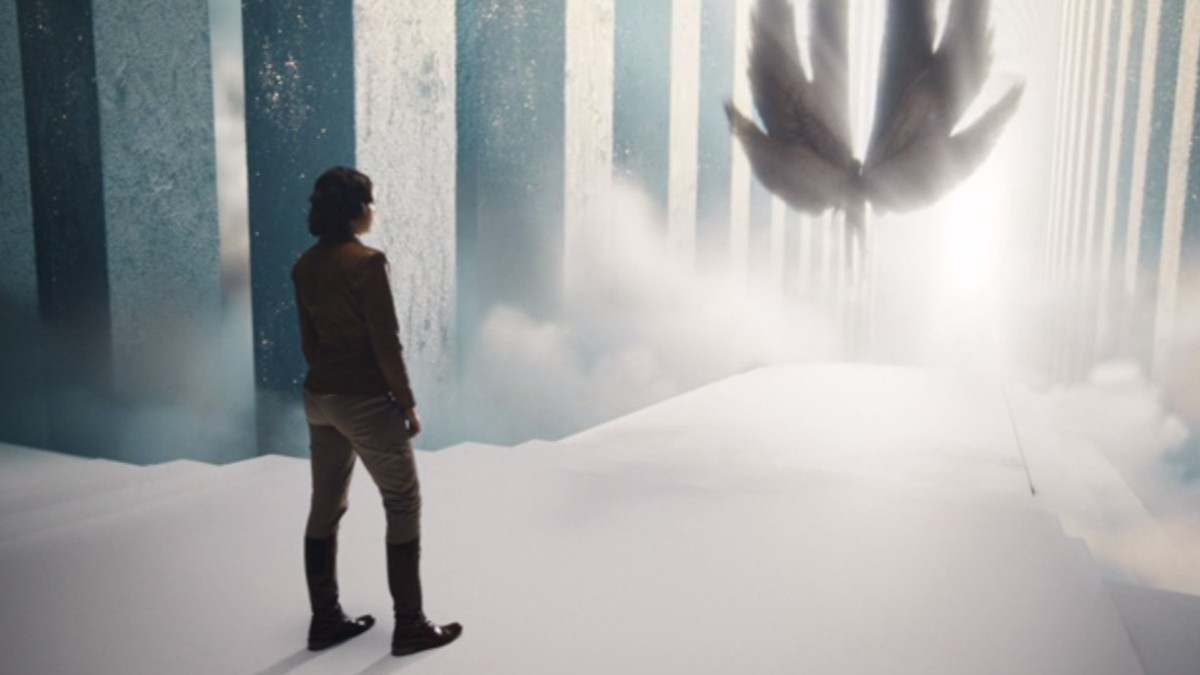 His Dark Materials is a fantasy epic heavy with religious themes that involves humans, dæmons, angels, and a variety of supernatural beings who must choose a side in a multiversal war. But the only way for the heroes to win is for them to kill the angel known as the Authority.

The story follows Lyra, a young and rambunctious girl who’s raised at Jordan College and doesn’t know who her parents are. She’s got a trusty dæmon companion, Pantalaimon, who does his best to help her choose the right path, and she lives a generally happy life. Her world changes with the discovery of Dust, a mysterious force with untold power, and the Magisterium, the organization responsible for ruling society, believes Dust to be original sin. Dust is actually an elementary particle that’s consciousness itself, but the Magisterium fears what it doesn’t understand.

The dangers of Dust

The Master of Jordan College gives Lyra an invention that can communicate with Dust, called an alethiometer. She’s taken in by Mrs. Coulter, an intelligent yet cruel woman who’s been experimenting on children to learn more about Dust, and Lyra leaves, later learning that Mrs. Coulter is her mother.

The first angel to be condensed out of Dust was the Authority, and he created many worlds throughout the multiverse. For the first two seasons, he’s only referenced, and not seen until the third season. In season two, aeronaut Lee Scoresby meets Colonel John Parry, Will’s father. John tells him that the forces of good and evil are about to engage in war, and that he needs to find the one wielding the subtle knife and get it to Lord Asriel (Lyra’s biological father) to kill the Authority to win, but it’s John’s son who has the subtle knife.

The Authority was believed to be God and the creator of all the angels that came after him, but this wasn’t the whole truth. He’s made out of Dust and rules over his kingdom of heaven as an oppressive force. The other angels want to overthrow him, and they align themselves with Lord Asriel’s mission.

The Authority did, however, establish the world of the dead and later, empowered his regent, Metatron. But with all of this power, Metatron turned on his leader and trapped him in a crystal box, and now rules in the Authority’s stead. When Metatron learns that humans are harnessing dust, he’s seen hovering above this box, and he sets off the bomb used to destroy Lyra, and it creates an abyss across all worlds to sap the multiverse of its dust.

When the war begins, both Mrs. Coulter (who’s turned over a new leaf and wants to protect her daughter) and Lord Asriel fight for the Republic of Heaven. Mrs. Coulter is taken to Metatron’s kingdom, while Lord Asriel uses his intention craft to fly there. Metatron tells her that he was once a man, and has been impressed with her, and he gives her the opportunity to transcend her human form if she takes her place at his side. The multiverse will be hers to command.

Asriel confronts his own inner demons when Metatron sends a version of himself to fight him. Asriel is bested in battle, and Metatron and Mrs. Coulter come to see him. It looks like Metatron has won, but the two had another plan unbeknownst to the angel. Asriel built a device in the abyss, and Mrs. Coulter uses her dæmon to throw the switch to send a blast that destroys Metatron’s kingdom, killing all of them.

The good side has won, and as Lyra and Will walk through an encampment, they see the crystal box containing the Authority. Will uses his subtle knife to open it and they see him in a white robe, weak and huddled in a corner. With his form exposed, the Authority disintegrates and dies, and with this, so ends his oppressive reign over the worlds.