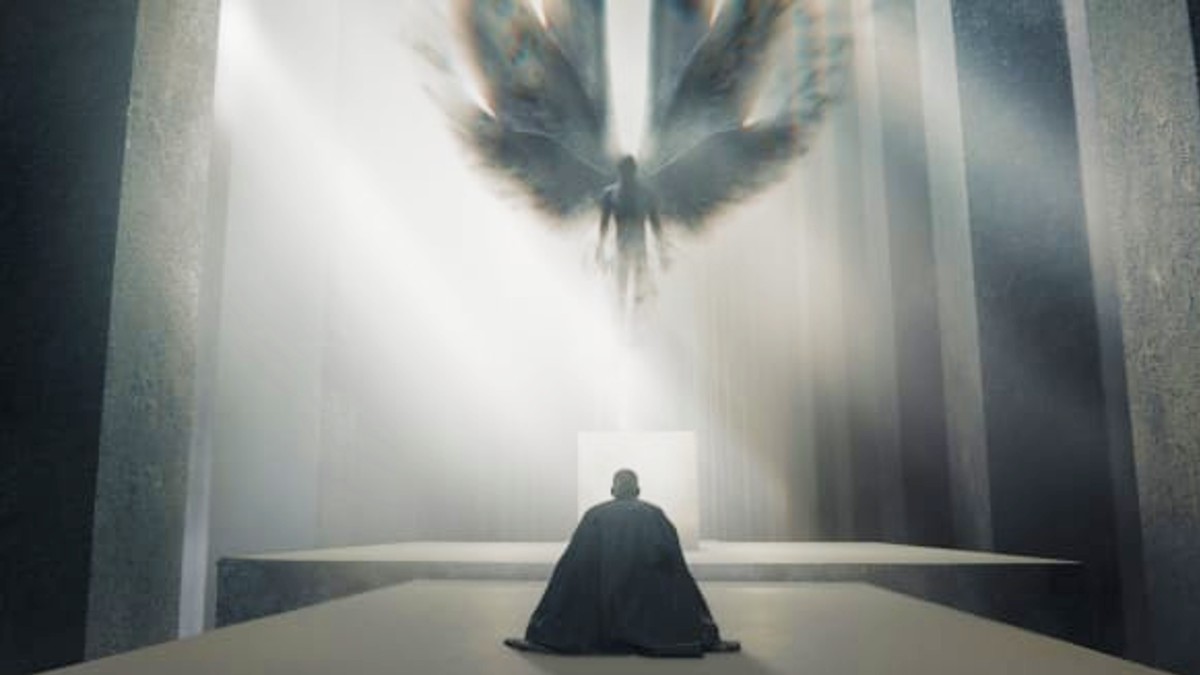 His Dark Materials is a spiritual and philosophical fantasy series that revolves around Dust, and there’s so much to unpack with it. The series is based on Philip Pullman’s popular novels that follow a young girl’s journey of self-discovery and harnessing the magic within her.

The story starts with Lyra Silvertongue, who was raised in Jordan College among books and scholars. She’s an inquisitive and fiercely loyal girl who lives in a world where magic is real and people have dæmon, spirit-guide companions in the form of animals that always remain with them. They’re connected to each other, and if a person’s dæmon dies, then so does the person. The Magisterium is the authority on new discoveries and deciding what is holy and what is not, and decided that the existence of a substance called Dust was actually original sin. Lyra’s given an alethiometer, a compass-like object that can communicate with Dust, and she sets out on an adventure where she discovers the truth behind it all.

Dust is actually consciousness. Dust is attracted to sentient beings, adults in particular, and it represents itself differently in multiple worlds.

Dust in Lyra’s world was discovered by the experimental theologian Boris Rustakov and therefore named Rustakov particles. Sentient beings produce Dust through creative and introspective acts. This is why Lyra is able to use the alethiometer so effectively without having had years of study. The device has a series of symbols that one sets it to, then the user focuses their intention on a question, opens their mind, and it guides them to the right answer. Pullman said that people have a mutually dependent relationship with Dust. It’s a visual analog of everything that is consciousness: thought, imagination, love, affection, kindness, curiosity, and more. Lyra’s ability to keep exploring Dust allows her to grow in power and in character.

Will Parry, Lyra’s faithful partner in magic, possesses the Subtle Knife that can slice open pathways to other realms, and in his world, Dust is seemingly different. Will’s world operates more like our real world. He doesn’t have a dæmon following him around (it’s there but we can’t see it), Dust is represented as dark matter and Shadows that are researched by the Dark Matter Research Unit at Oxford University. Astrophysicist Mary Malone did extensive research on how dark matter and Shadows affected human consciousness and she was driven to discover what it was, but after so much time, hope seemed lost. In this more technological world, Mary used a computer program called the Cave to communicate with the Dust, and with Lyra’s help, answers come through. She learns that Dust is made up of angels and that she’s meant to play the Serpent in Lyra’s story.

After a harrowing journey through the world of Cittàgazze, Mary used the I Ching to communicate with Dust, similar to how Lyra uses the alethiometer, and she’s invited to mulefa world. This world is inhabited by strange-looking animals with trunks who speak in tongues and take her to their village. She learns their customs and their language to discover what’s happening in this world. The inhabitants kept using the word “Sraf,” but she couldn’t figure out what it meant. One day, Mary found amber glass and when she looked through it, she saw all the Dust surrounding the creatures and the giant trees. Sraf meant Dust in mulefa’s world and they could see it with their naked eyes. She looked through the amber glass and saw that Dust was pouring out from the trees and leaving this world. The trees were dying.

Dust isn’t invincible, however, and it started to leak out of the realms that were cut open by Subtle Knife in 17th-century Cittàgazze, and the Magisteriaum’s bomb opened a portal to the Abyss that only worsened things. Lyra’s fearless nature and increased connection to Dust make her an enemy of the Magisterium, and they are determined to destroy her before she unleashes “sin” onto the world.

Dust is many things all at once, but throughout the many worlds, it’s a powerful force that represents the essence of the internal world, and when one harnesses it, one can become extraordinarily powerful.