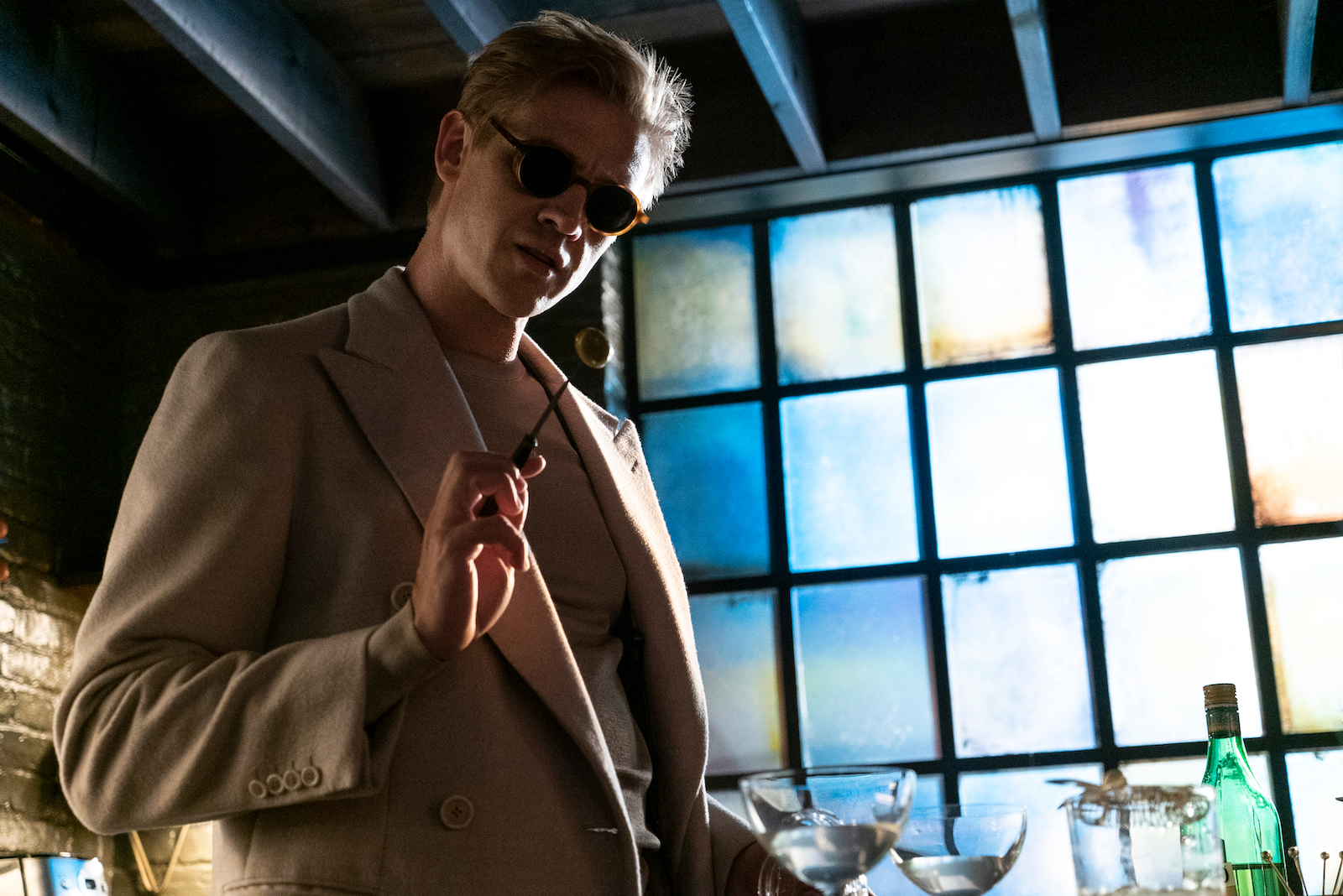 The Sandman. Boyd Holbrook as The Corinthian in episode 102 of The Sandman. Cr. Liam Daniel/Netflix © 2022

As the countdown begins to the August 5 debut of Netflix’s adaptation of Neil Gaiman’s The Sandman, potential fans are asking questions about one of the series’ most compelling yet most chilling antagonists. Who, exactly, or what exactly is The Corinthian?

So far little has been revealed about the character in the series other than a few promotional images of Boyd Holbrook wearing The Corinthian’s seemingly omnipresent shades. However, the character has been around for over thirty years, making his debut in the tenth issue of Gaiman’s original comic book series in October 1989. Here’s what we know about the character.

The Corinthian was created by the titular protagonist of The Sandman, the entity also known as Morpheus, or simply Dream. Dream is the living embodiment of all of humanity’s dreams and rules over the kingdom that contains them, a vast dimension known as The Dreaming. The Corinthian was created by his master as a particular nightmare — one which would be a reflection of humanity itself. In Dream’s own words, “A black mirror, made to reflect everything about itself that humanity will not confront.”

During the events that unfolded in the first Sandman graphic novel, which provides the source material for the series, The Corinthian was able to leave the confines of The Dreaming itself and stalk the real world as a serial killer.

The Corinthian presents himself in the waking world as a young man, always impeccably and fashionably dressed — almost always in all white — who is constantly wearing a pair of practically opaque shades. The glasses hide the Corinthian’s most terrifying physical feature: two identical mouths full of razor-sharp teeth that fill the sockets where his eyes should be.

His signature as a serial killer is to remove the eyes of his victims which he then, unbeknownst to the authorities, devours using the mouths in his eye sockets. The victims’ empty eye sockets bleed profusely and their hair turns white. Once he has devoured their eyes, The Corinthian is capable of seeing anything his victims saw during their lives, even in some cases, seeing into the future.

Though we won’t spoil The Corinthians storyline here we can say this: He and his former master are going to inevitably cross paths and when they do, there will be a reckoning.