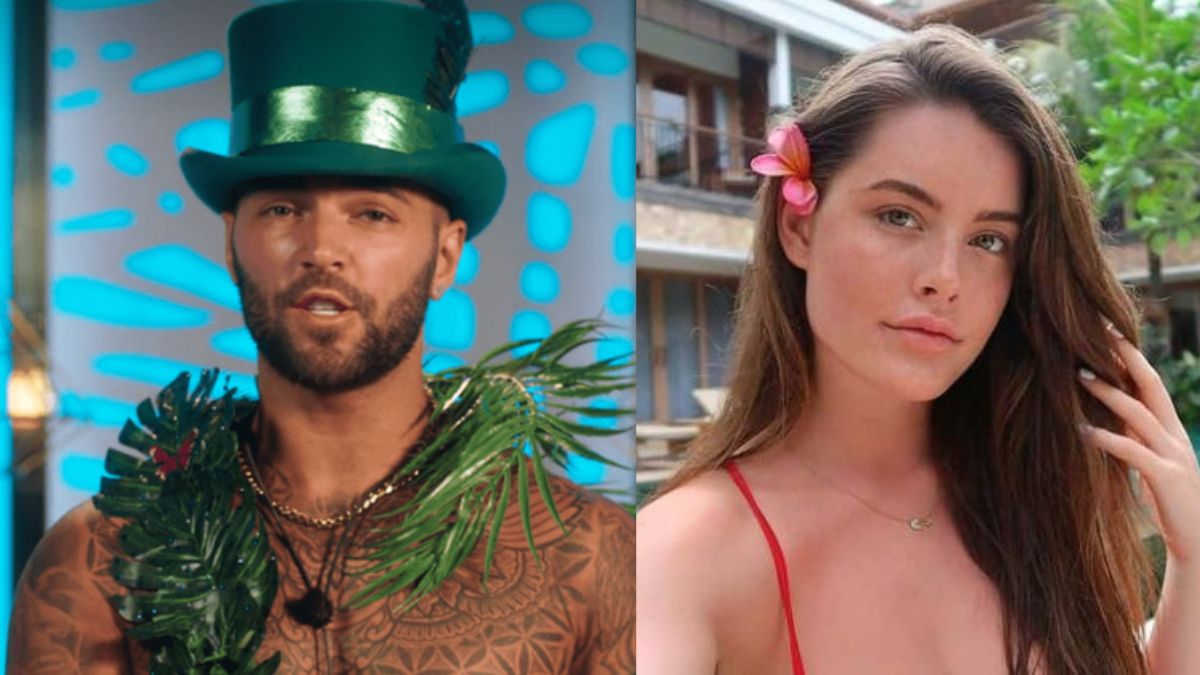 One aspect of Too Hot to Handle that makes the show so much more interesting is the fact that not everyone is guaranteed a place in the finale. If you mess up along the way, you might just get kicked off early. If you’re booted too early, you lose the chance to win money.

The premise of Too Hot to Handle is to teach young singles who prefer casual hookup culture that it’s more important to form meaningful connections. If you get kicked off of the show early, it typically means that you weren’t experiencing enough self-growth throughout the process. These are the real reasons why Ethan and Sophie both got kicked off of the show before reaching the finale episode.

Why did Ethan get kicked off of Too Hot to Handle Season 4?

The reason Ethan got kicked off of Too Hot to Handle season four is that he wasn’t willing to open his heart to the possibility of creating a genuine and romantic connection with anyone. When he first arrived on the island, he had his sights set on Sophie. They went on a private date together by the ocean where he was given the opportunity to kiss her for free without deducting any money from the prize fund.

Even though they had the chance to physically connect without the punishment of losing cash, Sophie still rejected him because she wanted to focus on her blossoming relationship with Creed. Some of the first comments out of Ethan’s mouth when he approached Sophie were about her body and physical appearance. Sophie was able to read right through him and refrain from sharing any intimacy because she believed she would have a better chance at a long-lasting connection with Creed. She ended up being wrong about that, but that’s beside the point.

The next girl that Ethan went after was Brittan. He knew very well that Brittan was in a relationship with James, but he didn’t care about that at all. He saw it as his chance to make a move on the blonde bombshell when she publicly complained about James’ lack of intimacy at one of the group workshops.

Brittan was already struggling to connect with James on a physical level because James was too concerned about the prize fund. Since James left Brittan feeling neglected and unwanted, Ethan was able to slide right in and shoot his shot. Ultimately, things didn’t get very far between Ethan and Brittan because she seemed to be getting bored of Ethan’s immature way of flirting.

He continued to try and convince her to hop in a steamy shower with him for some edgy alone time. Her face started to look visibly annoyed toward the end of their time together. When James swooped back in to win her over, she was excited to run back into James’ arms because she knew that things with Ethan wouldn’t be worthwhile.

Lastly, Ethan tried to hit on Imogen, but he went about it all wrong. He asked her if she had ever gotten plastic surgery, and she was visibly offended by his comments. During the guys-only workshop, he was the only cast member who didn’t take the process seriously.

While the other guys were actively learning from their mistakes, talking about self-development, and opening up to the idea of respecting women on a more serious level, he was rolling his eyes and turning the whole thing into a joke. When he found out he was getting kicked off the show, he probably shouldn’t have been so surprised. His behavior throughout each of his episodes is the reason he got sent home.

Why did Sophie get kicked off Too Hot to Handle Season 4?

Sophie’s reasoning for getting kicked off of Too Hot to Handle season four is a lot different compared to Ethan’s. Instead of trying to pursue meaningless connections with guys on the island by only flirting with people based on their physical appearances, Sophie found herself wrapped up in heartbreak because of something Creed put her through.

Sophie and Creed connected early on inside the villa, and it seemed like their relationship was built to last based on their mutual interest in each other. Their conversations seemed to flow naturally and they very clearly found each other attractive. In fact, they liked each other so much that they even broke one of the rules and shared a kiss by the pool that cost the group $6,000.

When Ethan invited Sophie on a private date, she rejected his advances to prove her loyalty to Creed. Unfortunately for her, Creed had no intention of returning those sentiments. As soon as another new arrival on the island named Flavia started showing him attention, he started shifting his interest.

Creed’s flirtations with Flavia started in the bathroom and ended up growing with each passing hour. Finally, he decided to cut things off with Sophie by letting her know that he was only interested in moving forward with Flavia. Sophie was rightfully upset and ended up chewing him out for abandoning her after they created a connection together.

From that point forward, Sophie had to uncomfortably watch Creed and Flavia get closer and closer to one another, even sharing a bed in the same communal bedroom. Sophie started emotionally falling apart because she felt like there wasn’t anyone else in the villa who she could possibly focus on.

On top of that, she wasn’t inherently interested in starting over with someone new after dealing with the heartache that Creed put her through. He made her feel rejected so he could chase after someone else! Since Sophie shut down and emotionally closed herself off from the process, she was booted from the show along with Ethan.