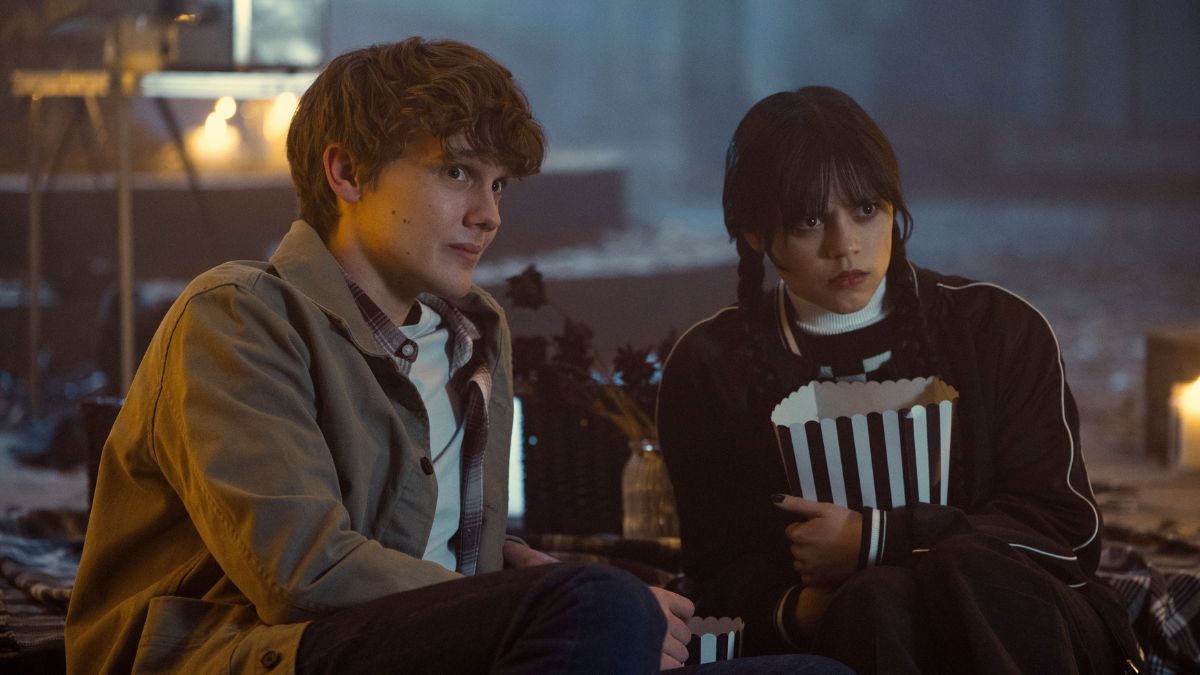 Although Wednesday Addams (Jenna Ortega) never went out of her way to seek out romantic relationships on the Netflix series Wednesday, she was still approached by two different young men who liked her. The first guy in her life was Xavier (Percy Hynes White), but their connection was filled with tons of complexities due to the fact that he was still deeply involved with his ex-girlfriend, Bianca (Joy Sunday.)

The second guy in her life was Tyler (Hunter Doohan). For a short while, it seemed like Tyler was the one who was going to end up stealing her heart for good. Wednesday didn’t end up in a relationship with Xavier or Tyler. The season did end with the possibility that she and Xavier might pursue something in the future, though. Tyler, on the other hand, lost all possible chances with Wednesday for good.

Why didn’t Wednesday Addams end up with Tyler on the Netflix show?

Wednesday spent a lot of her time investigating who was attacking Nevermore Academy students and residents of the area. She was even willing to link up with the sheriff, despite the fact that he didn’t have a lot of patience for her.

Wednesday had conflicting feelings for Tyler and Xavier along the way as she tried to solve the mystery. Ultimately, she found out that Tyler was really Hyde, a vicious monster who could transform into a dangerous creature to attack innocent people. As soon as Wednesday discovered the truth about Tyler, she was blown away by the fact that he was able to keep it hidden for so long. Obviously, any chance that Tyler once had with Wednesday was squashed immediately.

Wednesday Addams and Tyler shared a kiss before things ended

At the end of season one, episode seven, Wednesday and Tyler shared a romantic smooch on the lips. The episode is titled “If You Don’t Woe Me By Now” for anyone who wants to check out the affectionate moment for themselves. Wednesday decided that Tyler would be the perfect date to the Nevermore dance, even though she briefly talked about going to the dance with Xavier.

Her kiss with Tyler is what brought their relationship to an end because it was at that moment that she caught a clear vision of him turning into Hyde. When she realized he was a monster who was capable of murder, she stopped trusting him entirely.