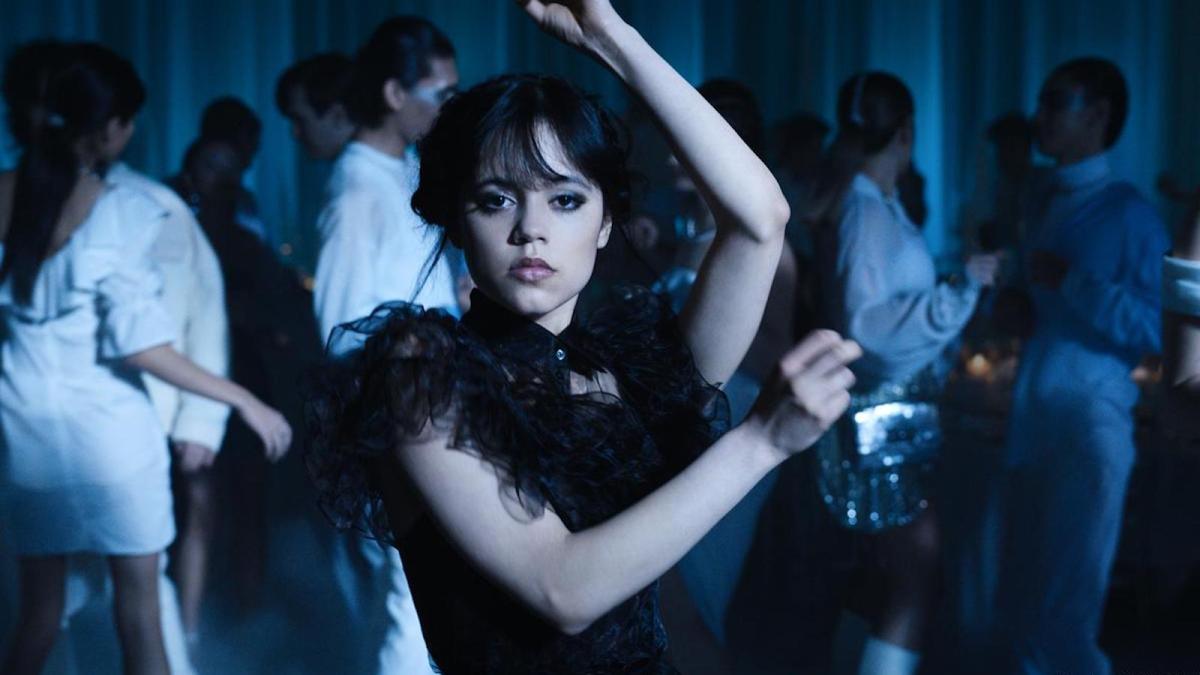 Jenna Ortega has proven herself as a talented young actress, way before landing the titular role on Netflix’s Wednesday. She was amazing as the lead character in the Disney Channel show Stuck in the Middle between 2016 and 2018. She was also fabulous in the second season of You, alongside Penn Badgley.

In terms of her 2022 horror movie Scream, she won The MTV Movie and TV Award For Most Frightened Performance. It’s obvious that Jenna knows how to take whatever role she lands as seriously as possible, and there’s a reason why she never blinks when she’s in front of professional cameras playing the role of Wednesday Addams.

Jenna opened up with Teen Vogue about the fact that she doesn’t blink while playing Wednesday. The reason why is directly related to the director of the show, Tim Burton. She explained, “The first couple weeks of shooting, I did a take where I didn’t blink at all and Tim said, ‘I don’t want you to blink anymore.'”

She went on to say, “The thing about the blinking is I didn’t realize I was doing it. It just kind of happened. Because every time we started a take, I would reset my face, [and] drop all the muscles in my face and Tim really liked the Kubrick stare where I stared through my eyebrows. It was just a bit intimidating. I think something like that is not blinking.”

If viewers truly pay attention to the details of the hit show, it’s quite apparent that Jenna doesn’t blink in front of the cameras as frequently as other characters like Enid, Morticia, and Xavier. The fact that she doesn’t blink adds to her bleak and gloomy persona in a significant way.

Tim is an incredibly famous and talented director who is recognized for his keen attention to detail and creative eye. Some of the other major projects he’s been attached to include Alice in Wonderland, Charlie and the Chocolate Factory, Beetlejuice, and Edward Scissorhands.

Most of his projects include a sense of spookiness or creepiness with a flair for fantastical Gothic horror. In an interview with The Today Show, Jenna opened up about the fact that Tim never really loved seeing characters in his film blinking their eyes. When asked about it directly, Tim didn’t really have a concrete reason for why this was his preference.