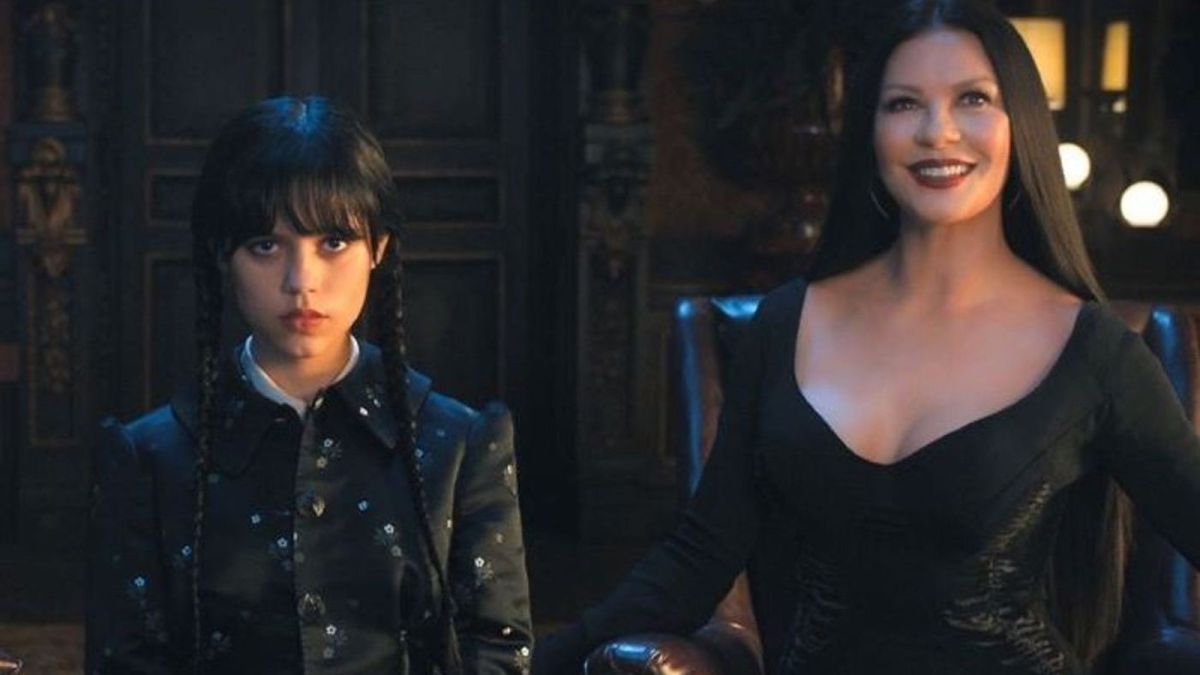 In the new Netflix show, however, they don’t get along very well at all. Wednesday absolutely adores her younger brother, Pugsley Addams, but she has no patience for her mother. Morticia obviously loves her daughter, but hopes her daughter will soften up and follow in her footsteps at some point. Why do they struggle to see eye to eye?

It’s possible that the creators of Wednesday decided to put a strain on the bond between Wednesday and Morticia in order to make it easier for Wednesday to adjust to her time at Nevermore Academy. After Wednesday got expelled from the school she was previously enrolled in, she was forced to transfer somewhere new.

At Nevermore Academy, she was given the chance to be surrounded by other students with mythical powers. While it’s true that Wednesday fits in better at Nevermore than any other school she used to attend, it was easier for her to make the transition because she wasn’t inherently close with her mother.

Wednesday Addams acts repulsed by her parents in ‘Wednesday’

Throughout Season 1 of Wednesday, the title character vocalizes the fact that she wants to be nothing like her mother. She doesn’t aim to turn out like her mother because she doesn’t believe in true love the way Morticia and Gomez believe in it. Wednesday makes rude and snide comments about her mother to point out Morticia’s weaknesses at every possible chance she gets.

Whenever something positive about Morticia comes to light (such as her determination or optimistic outlook on life), Wednesday views those things as unflattering and embarrassing. Morticia does everything in her power to build a close relationship with Wednesday, but she’s always met with angsty teenage resistance.

It seems that the producers of Wednesday are planting the seeds now to create a heartfelt and close-knit relationship between Wednesday and Morticia down the line in later seasons. They might not have the best connection now, but that doesn’t mean there isn’t room for growth. Morticia is the type of mother who is never going to give up trying –– no matter how hard it might be for her to deal with an emotionless daughter like Wednesday.