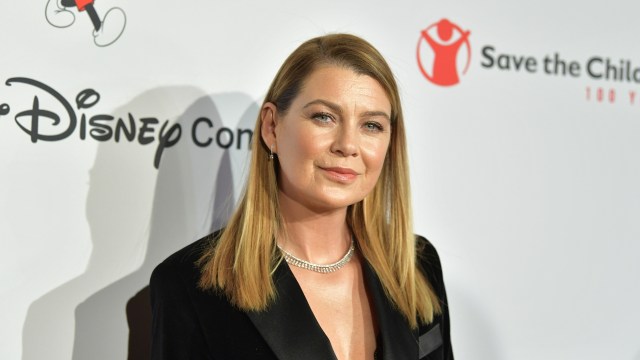 Grey’s Anatomy‘s leading lady, Ellen Pompeo has announced that she will have a reduced role in the drama series’ upcoming nineteenth season. Although she became a household name through Grey’s Anatomy, Pompeo made her screen debut with NBC’s legal drama Law & Order, then continued to have guest appearances in other television shows, including Strangers with Candy, Strong Medicine and the world-famous Friends. It wasn’t until 1999 that Pompeo made her feature-film debut in Colette Burson’s romantic comedy, Coming Soon. From then on, she had minor roles in films like In the Weeds and Mambo Café, but earned widespread recognition for her starring role as Bertie Knox in Brad Silberling’s drama Moonlight Mile.

Following the roaring success of Moonlight Mile, Ellen Pompeo landed the titular role of Dr. Meredith Grey, which became her claim to fame. The long-running medical drama premiered in March 2005 on ABC and focuses on the lives of several surgical interns as they learn the tools of the trade to become seasoned doctors, all while navigating personal and professional relationships. Although the main cast has undergone many changes across nineteen seasons, the original star-studded ensemble includes Pompeo, Sandra Oh, Katherine Heigl, Justin Chambers, T. R. Knight, Chandra Wilson, James Pickens Jr., Isaiah Washington, and Patrick Dempsey.

After over 15 years on Grey’s Anatomy, why is Ellen Pompeo demoting herself from main role to occasional cameo? Pompeo, one of three remaining original cast members — the others being Chandra Wilson and James Pickens Jr. — signed on for Grey’s nineteenth season, but announced that she would not be returning as a series regular. This announcement comes as no surprise, as in December 2021, Pompeo was campaigning for Grey’s Anatomy to end after its eighteenth season — a request that was obviously ignored. Now, we know that Dr. Meredith Grey will only appear in eight of the 22 episodes in Season 19 and it looks like the end is near for Pompeo’s career as a fictional surgeon, however, along with her on-screen cameos, Pompeo’s Grey will still be narrating every episode in a voiceover.

In an interview with Insider, Pompeo shared her thoughts on Grey’s Anatomy’s insanely long journey, noting that it could continue, but brainstorming ways that Grey’s could survive without her.

“I’ve been trying to focus on convincing everybody that it should end. ​I feel like I’m the super naive one who keeps saying, ‘But what’s the story going to be, what story are we going to tell?’ And everyone’s like, ‘Who cares, Ellen? It makes a gazillion dollars.’

Eric Dane, who portrays Dr. Mark Sloan on Grey’s Anatomy, commented on Pompeo’s expected departure from the long-standing series on Andy Cohen’s SiriusXM radio show. He expressed that Grey’s could go on without Pompeo but at a cost; plummeting viewership and weakened preservation.

“That’s a good question. You know, is it the show that’s the star? Or is it Ellen that’s the star of the show? And I don’t know. I think at this point, I think it could live without her, but I think it would be short-lived.”

However, even with Pompeo’s expected leave from Grey’s, there are plenty of other candidates for the leading role in a series that desperately needs to shift focus once more. Inventing Anna‘s Alexis Floyd will come onboard as surgical resident Simone Griffin, The Thing About Harry‘s Niko Terho has been cast as first-year surgical resident Lucas Adams, The Sex Lives of College Girls‘ Midori Francis will appear as surgical intern Mika Yasuda, Reign‘s Adelaide Kane has been cast as surgical intern Jules Millin, and Glee’s Harry Shum Jr. is set to portray surgical intern Daniel “Blue” Kwan. Although this new batch of hopefuls won’t ever compare to the original cast members, it might set the stage for some added spice once Ellen Pompeo announces her official Grey’s departure, which is so close, we can almost smell it — and that’s truly heartbreaking.