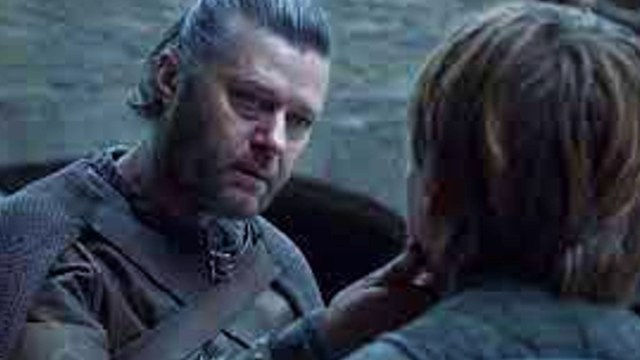 House of the Dragon will be aired soon and it has increased expectations and excitement as to what and who the series might contain. The title suggests the house of Targaryen as the ruling family and at the helm of all affairs.

While the brutality of the Targaryens is not unheard of — thanks to the numerous references to the Mad King‘s penchant for burning his opponents to ashes — the question remains as to who else from the Game of Thrones will turn up in this much-anticipated prequel.

In this respect, the question of the Starks’ presence has attracted a lot of curiosity from the audience. The Starks played a vital role in Game of Thrones as they were portrayed as one of the rare families who prioritized honor, virtues, bravery, and loyalty over greed and power – culminating in their tragic defeats and deaths.

As the show progressed, the Starks and Lannisters became formidable enemies leaving a vast proportion of fans to root for the former till the very end. This time, with the Targaryens holding the reins, it would be natural for the fans to wonder about the portrayal of the Starks in the show, most importantly, how they will be depicted.

Will any Stark be shown?

Given the two trailers that have been released so far, one can say with a great amount of certainty that the Starks would be a part of the show. The answer to the question is yes, the Starks will make an appearance in the show as one of the trailers suggested.

However, there is a possibility that they would not hold a significant position as they did in Game of Thrones. This is primarily because the central focus of the show will revolve around a lot of Targaryen infighting and inner politics that would probably do away from focusing on the Stark’s contribution to the politics of the South.

The Stark member that the trailer shows is none other than Rickard Stark (Wayne Foskett), whose role and contribution to the story are unknown till now. He is well-known to the audience as Ned Stark’s (Sean Bean) predecessor and the father of Brandon, Lyanna, Eddard, and Benjen Stark. In the trailer, he is shown standing in the throne room alongside members of powerful houses like Baratheon and Velaryon.

Overall, his role and position will be like any other member of the Stark family — holding titles of ‘Lord of the Winterfell’ and ‘Warden of the North” — who is confined to Winterfell and bearing allegiance to the king. Unlike in Game of Thrones, there are less chances of emphasizing on the rebellion by the Starks due to the family’s adherence to loyalty to the Crown down to Ned Stark’s Lordship.

If the show achieves success and is renewed for more seasons, it’s very likely that we will get to see more of the Starks and their relationship with the Crown, particularly the mistreatment and death of Rickard Stark and his eldest son Brandon at the hands of the Mad King Aerys Targaryen. This would also pave the way for Ned Stark’s appearance and his part in the rebellion against the Targaryen Empire. For more information, let’s wait for the series to hit the screen.