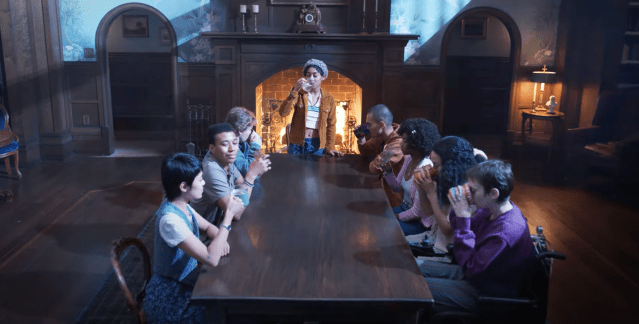 The Midnight Club, one of Netflix’s newest spooky series, tells the story of a group of terminally ill young adults living in Brightcliffe, a repurposed manor where they can live out the remainder of their lives. The show was released in its entirety on Oct. 7 and viewers are already speculating about a second season after the finale left multiple plot points unfinished.

“The Midnight Club” refers to the club formed by hospice residents who gather at night to share scary stories and camaraderie in an effort to make light of their tragic circumstances. One night, they make a pact that whoever in the club dies first has to come back and contact the group from the afterlife. When a member of the group does die, things start to get spooky in Brightcliffe.

The new show is the latest creation by the current “It Boy” of streaming horror Mike Flanagan. Known for his series The Haunting of Hill House, The Haunting of Bly Manor, and Midnight Mass, the showrunner has gained the attention of fans of the genre everywhere and he continues his streak of riveting horror with Midnight Club. The show certainly seems like it’s set to continue, but will it return for a second season?

Will The Midnight Club have a second season?

Unlike his previous works, Flanagan created Midnight Club with another season in mind. The show is based off of the book of the same name by prolific horror author Christopher Pike. Pike is an author of young adult fiction and is best known for writing supernatural horror and thrillers. In addition to The Midnight Club, Pike has written over 80 books and the show pulls inspiration from several of his novels. With so much source material to pull from, the show has plenty of inspiration for potential seasons. Flanagan has been a Pike fan since childhood, and Teen Vogue reports he wants to tackle an adaptation of Remember Me in particular for a future plotline on the show.

At the moment, Netflix hasn’t confirmed any plans for a second season of The Midnight Club. The media company has bought the rights to reportedly 28 of Pike’s stories so hopefully we’ll see some of those stories make their way into a new season. Both Flanagan and fans of the new series desperately want the show to continue and Netflix owning the rights to so many Pike stories seems like a good sign of more seasons to come.

It’s likely we’ll see Brightcliffe Hospice and the cast returning for a second season, but until we know for sure, you can stream all 10 episodes of The Midnight Club‘s first season on Netflix.