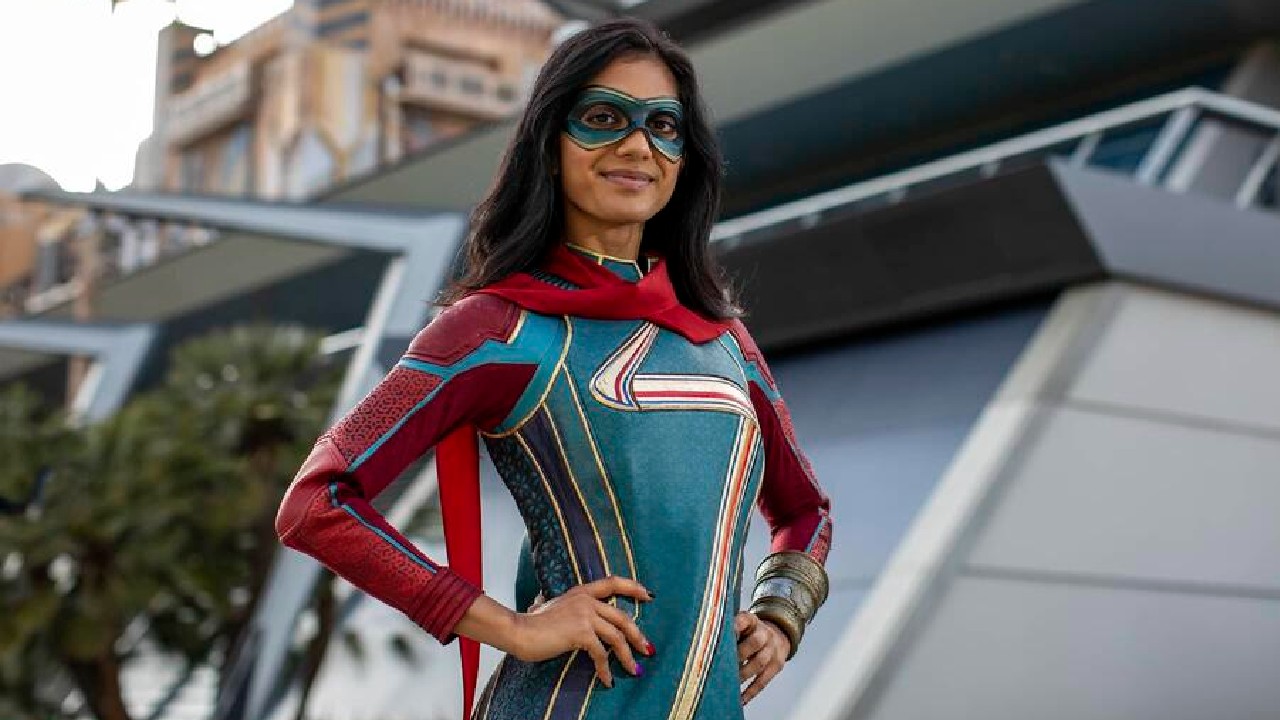 As the Marvel Cinematic Universe cast of heroes expands in movies and on TV, so does the number of colorful characters you can run into in real life at the Disneyland theme park, with Disney Plus’ Ms. Marvel being just the latest example.

The official Disney Parks TikTok account teased the character’s debut at Disney California Adventure Wednesday, the same day as the premiere of the aforementioned show about a girl who gets embiggening powers.

“This girl from Jersey City is no ordinary recruit…it’s gonna be cosmic!” was the caption of the social media post.

Even though the superhero isn’t the same actor from the show, the charismatic Iman Vellani, the park actor obviously embodied the same wide-eyed enthusiasm of Kamala Khan in the post, nonetheless.

According to Marvel‘s website, Ms. Marvel will roam the park’s Avengers Campus, beginning Wednesday, alongside the growing list of other well-known heroes, such as Spider-Man, Black Widow, Shang-Chi, Thor, and both Captain Americas — the Sam and Steve varieties. Park attendants are encouraged to stop and take a “selfie” with Ms. Marvel, talk “all things Iron Man,” or simply chat about what-all future heroic endeavors she plans to embark on in the near future.

So far, fans and critics alike are abuzz about Ms. Marvel, not only for its heartfelt depiction of a tight-knit family, but for representing a welcome milestone of representation by depicting the life of the MCU’s first Muslim headliner — an American teenager growing up in Jersey City who is just as much of a superhero Stan as many of us are.