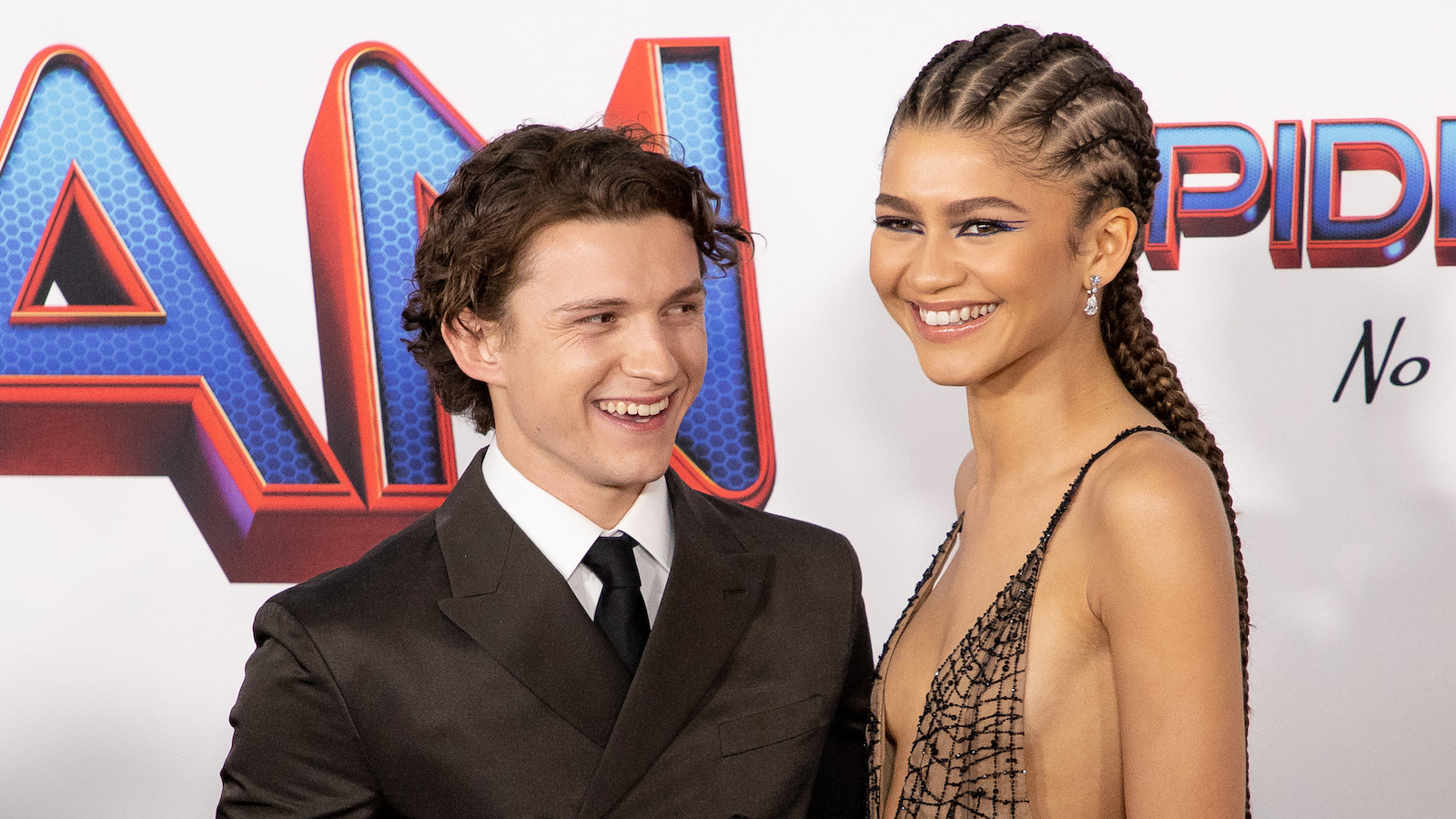 Euphoria star Zendaya sends heartwarming birthday wishes to Tom Holland to celebrate his 26th birthday along with a selfie of the happy couple.

On Instagram, Zendaya posted a black and white image of the two of them smiling together. Holland is holding her and staring at the camera while Zendaya looks off to the side. The actress wrote, “Happiest of birthdays to the one who makes me the happiest <3.”

The two of them have had a rumored romance since they first worked together in the MCU’s Spider-Man: Homecoming, but they weren’t made official until July 2021, when they were seen kissing. Holland then posted an image of them together confirming it via Instagram in Sept. 2021 and wrote, “My MJ,” which is in reference to her character Mary Jane’s nickname in Spider-Man.

Ever since the confirmation, they’ve been more open about their relationship status on social media and out in the world. They’ve been seen together on red carpets, and Holland has even mentioned possibly appearing on Euphoria sometime in the future.

The couple shares the honor of having one of the biggest box office movies ever with Spider-Man: No Way Home reaching $1.89 billion worldwide. The movie saw the return of Toby Maguire and Andrew Garfield return to the franchise and help Holland’s Spider-Man deal with the fallout from the chaotic multiverse.

Sony and Marvel have confirmed that the No way Home sequel is in the works, but currently, there’s not much known about it. The MCU shifts dramatically with every phase ushering in new characters, villains, and plots, but it’s very likely we will be seeing more of Holland and Zendaya.

Spider-Man: No Way Home on DVD and Blu-ray are available for purchase..