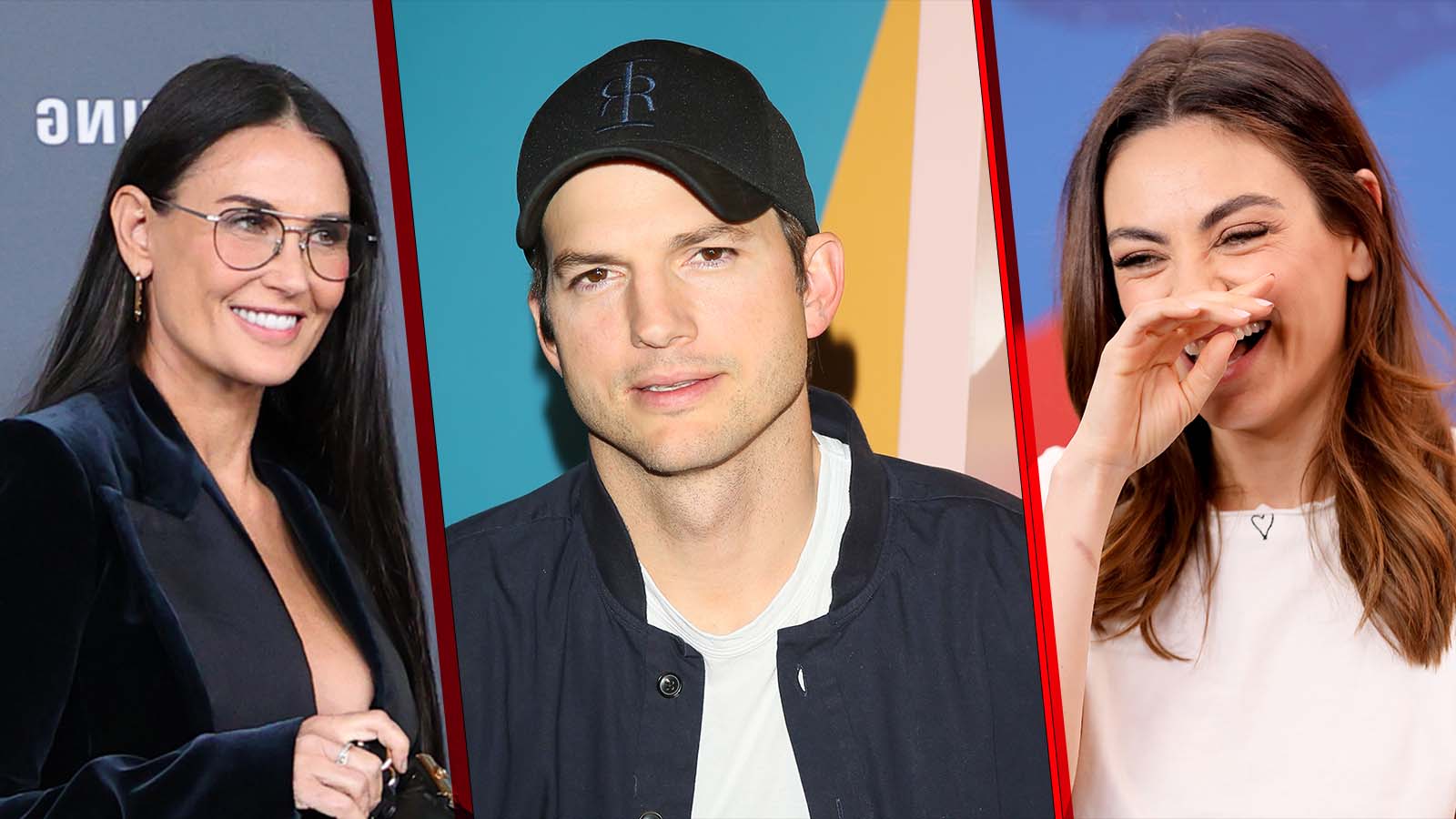 Ashton Kutcher and Demi Moore were married for eight years in the early 2000s. While some celebrities let bad blood overtake their relationship, the actors are friendly enough now to unite for a paycheck. Moore and Kunis wink at their history in a new commercial for AT&T.

Moore must have gotten it out of her system publishing her autobiography, which paints an unflattering portrait of Kutcher.

In the commercial, the two both believe they have been named “Most Admired Alum” at a school reunion. Another funny thing to note is that the two “went to the same high school” in the ad. There is a twenty-one-year age difference between the two, similar to the fifteen-year age difference between Ashton Kutcher and Demi Moore, which was another hot topic when the two married.

There may be a mere five years between Mila and Ashton, but when she auditioned for her role as Jackie in That ’70s Show, she was only 14. She was cast as Ashton’s on-screen girlfriend because she lied about her age. Her character was supposed to be 18. Mila told directors that she would be 18, she just didn’t say when.

Thankfully, it all worked out, and twenty-four years later, the two seem to be happily married.