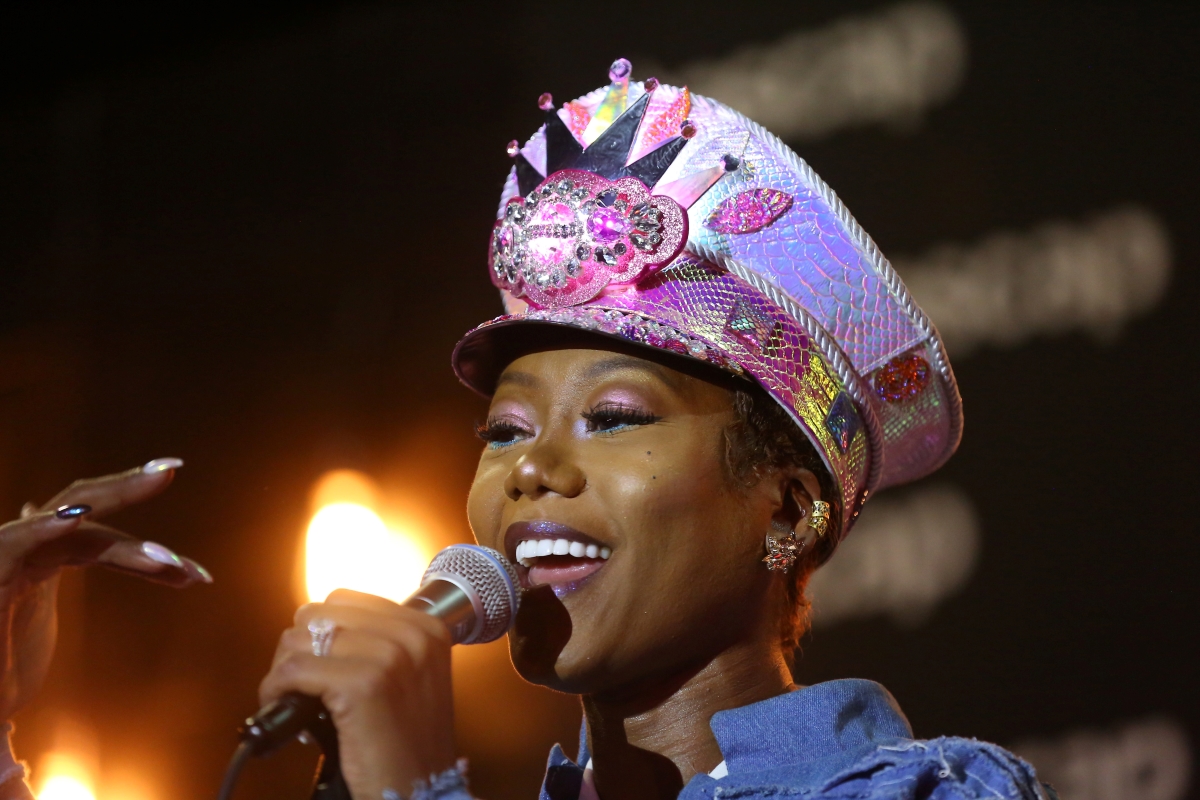 There’s nothing like a TikTok sensation to give a song some new legs. Muni Long’s single, “Time Machine” was released in November of last year, but it’s getting a new surge of popularity on the video-sharing platform as users take advantage of the song’s wistful lyrics to imagine how much better life would be if they could go back in time and change things.

The track was written by Priscilla Renea aka Muni Long. Renea is no stranger to pop success. As a songwriter, she’s co-written some big hits including “California King Bed” by Rihanna, “Worth It” by Fifth Harmony, Kelly Clarkson’s “Love So Soft”, “Imagine” by Ariana Grande, and Pitbull’s “Timber” to name a few. Muni Long is the artist’s performance persona under which she has released several projects. “Time Machine” is a track off of her latest EP, Public Displays Of Affection.

Background music has been core to TikTok’s brand from the start and many of the platform’s breakout stars came to fame with choreographed dance routines to other artists’ work. More than occasionally, a song or lyrics will inspire a viral meme that sweeps the social networking service.

Users have been inserting Time Machine’s chorus into their videos as background music to reveal just why they would go back in time for – often to hilarious effect.

Topics vary from reliving anxiety-ridden moments of cringe to regrets about the one – or many even – that got away, to childhood moments and memories both precious and not so precious. Viewers and users are loving the trend, many of the videos are receiving thousands of likes. This seems like it will become as popular as several other musical trends, such as the Celine Dion Challenge, that have periodically grabbed the attention of users en masse. The hashtag currently has over 260 million views.

One of the more popular videos, by user Dr. Destini, shows a young woman over a sink performing several chores. The overlay text reads ” When you realize being ‘grown’ is a never-ending cycle of bills and cleaning the kitchen”. The caption reads, “Mom can you come pick me up?? 🥴 #timemachine #adultingishard“

Another popular video comes from a surprising source – the singer herself. One of the videos to embrace the trend features the artist herself having a particularly bad accessory day, wishing she could go back and choose a different pair of earrings. Renea seems more than happy to ride the wave of popularity in the short-form medium. The singer-songwriter has also reposted several videos featuring her song to her own account, further bolstering their shares and likes.