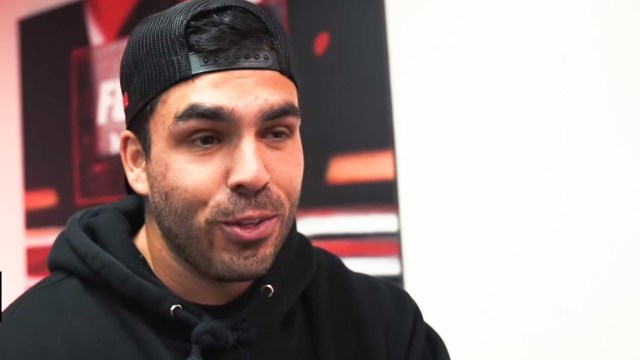 While the late Notorious B.I.G. warned listeners that “mo money” would lead to “mo problems,” it is a formula most people would like to try out for themselves to see if that is truly the case. It does not seem to hold true for the YouTube Channel Nelk Boys. The boys have learned how to monetize their frat boy antics quite nicely. Before we talk dollars and cents, let’s take a look at who these boys are, and how they got started.

Who are the Nelk Boys?

The original Nelk Boys were made up of four good friends Nick, Elliot, Lucas, and Kyle, who grew up together in Mississauga, Ontario. The first letters of each of their names form the group name NELK. They started uploading their prank-style videos in 2010. Nick and Elliot left to pursue other paths, but Lucas and Kyle carried on.

In 2015, the YouTube channel Nelk gained prominence because of their video in which they attempted to sell “coke” on Venice Beach in California. They asked passersby on the beach if they wanted any coke. Eventually, the cops were called on them and started questioning them. The cops discovered their stash of “coke” was actually Coca-Cola. Thankfully the cops laughed it off and let them go on their way. This was the beginning of what would become a lucrative business.

The Nelk Boys today continue to expand and bring on new talent. Some of the members include founder Kyle Forgeard, Jesse Sebastiani, Stephen Deleonardis, Salim The Dream, and Steve Deleonardis. They have multiple YouTube Channels, social media platforms, podcasts, and merchandise brands between them. The main Nelk channel currently has 7.43 million subscribers.

The content on their channel is a cross between a Jackass episode and a frat party. The group travels to pull off pranks and parties along the way. Their catch phrase is “full send.” Kyle Foregeard explained the meaning in a New York Times article: “It started out meaning party hard, but now it’s evolved into, ‘Any activity you do, give it your absolute best. If you’re in the gym, you got to full send in the gym.’”

Joshua Cohen of Tubefilter summed up the channel and lifestyle brand that came out of it. He states: “If you took the frats depicted in ’80s and ’90s college movies and gave them the technology of 2021 America, that’s basically what Nelk is. They’re popular because they always look like they’re having a good time and embodying this seemingly idyllic partying existence.”

How they make money

Unlike other Youtubers, Nelk makes the majority of its income from sponsorships, merchandise, and their brand of hard seltzer, Happy Dad Seltzer. In 2020, YouTube actually demonetized their channel because the group promoted an in-person party at Illinois State University during the COVID-19 pandemic. YouTube stated that this violated the platform’s “creator responsibility” policy. They went on to say the group was  “creating a widespread public health risk.” For any other YouTuber this would have been a huge scandal, but antics like these only help strengthen the Nelk brand.

According to a New York Times article, Nelk sold $50 million in Full Send merchandise in 2020. They were in line to sell $70 million in 2021. The Happy Dad hard seltzer brand is also doing extremely well. While YouTube may have given them their start, the group has definitely expanded beyond it.

Foregeard sums it up: “YouTube money is pennies compared to building businesses like a seltzer. We’re not going to sacrifice our content or change to make $500,000 a month from YouTube. Maybe in the short term we’re not buying Lambos like other YouTubers, but we could have a multibillion-dollar business on our hands with this hard seltzer.”

While it may be impossible to put an exact figure on the Nelk Boy empire, it is safe to say the boys are doing just fine.