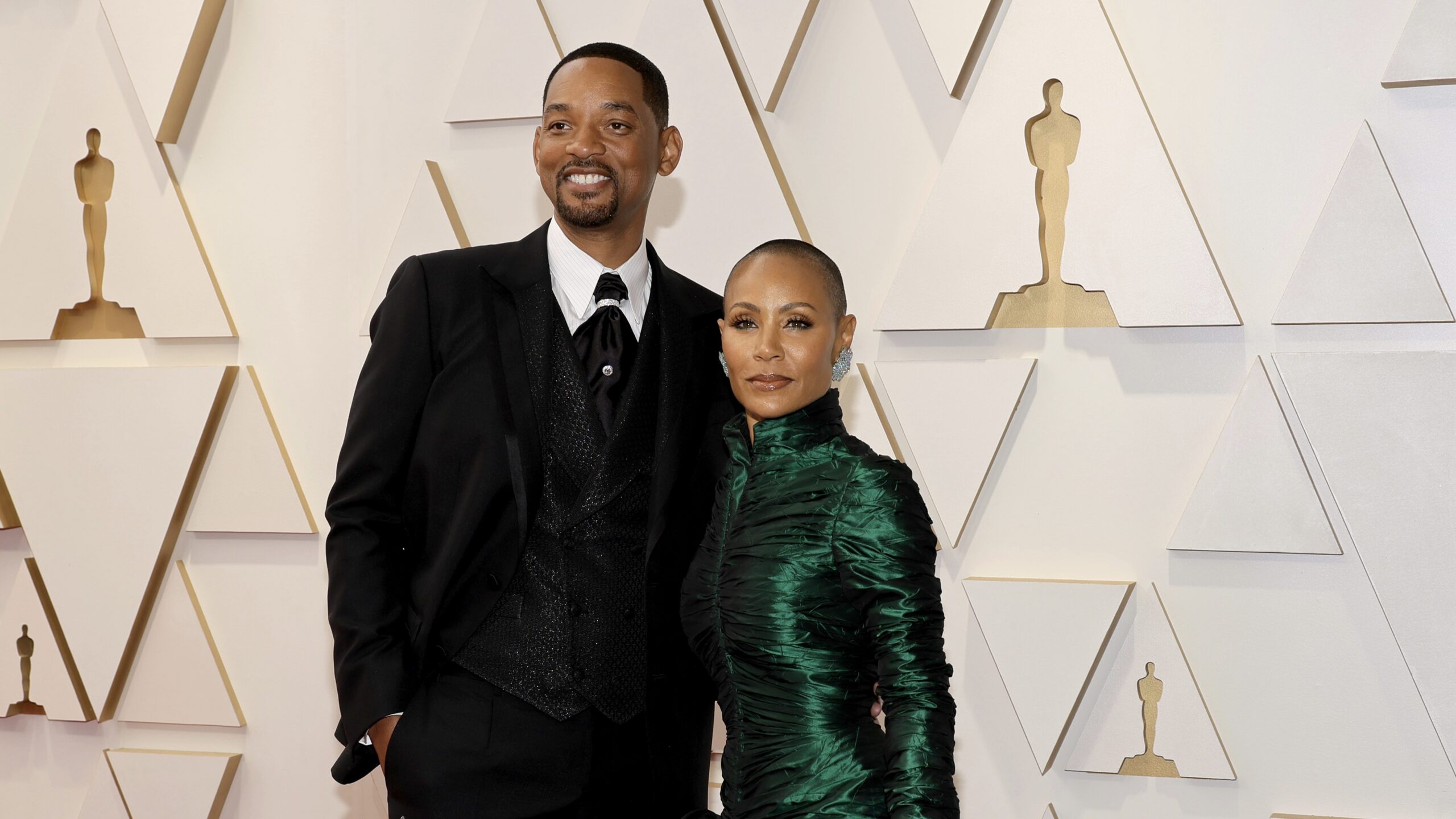 In the wake of Will Smith’s recent outburst at the Oscars, speculation on the state of his marriage to Jada Pinkett Smith is at yet another all-time high. The couple, who has been remarkably frank about their ups and downs in recent conversations, is nonetheless one of the longest-running indisputable A-list marriages in Hollywood today. Below is a timeline charting the course of the Smith’s relationship over nearly thirty years.

The couple started dating in 1995

Will and Jada met on the set of Smith’s breakout sitcom The Fresh Prince of Bel-Air when she auditioned for the part of Smith’s on-screen girlfriend. Pinkett eventually lost out on the part to actor Nia Long, but made an impression on Smith. He would later admit during a 2018 episode of Pinkett’s Red Table Talk podcast that he had been attracted to her since he first saw her on the sitcom A Different World.

Smith actually visited the set in hopes of encountering her but ironically ended up meeting his first wife, Sheree Zampino instead. After he divorced Zampino in 1995, Smith called Pinkett and asked if she was currently seeing anyone. When she answered no, Smith responded with, “Cool. You’re seeing me now,” according to Us Weekly.

From dating to getting married in 1997

On New Year’s Eve 1997, when Pinkett was three months pregnant with their first child, the couple got married in Pinkett’s hometown of Baltimore. “One day we got engaged, and the next day we found out we were pregnant,” Pinkett told People back in 1998.

Years later Pinkett would admit that she wasn’t exactly enthralled with the idea of marriage. “I never wanted to get married,” Pinkett shared with People in a 2019 interview. “But my mother was like, ‘You have to get married’ — she’s so old-school — and Will wanted a family. So I said, ‘All right, maybe it’s something I should do.’”

The couple’s first child, Jaden Christopher Syre Smith was born on July 8, 1998. The delivery was a speedy one, contrary to what doctors had told Pinkett. Speaking to Fit Pregnancy, she explained, “The doctor said it would take an hour-and-a-half to deliver him. I said, ‘Oh it’s not going to take that long. I’m too anxious to meet this baby.’ It took me 20 minutes to push him out. My mother’s a nurse and she was in there with me and she was amazed!”

Two years later, their daughter, Willow Camille Reign Smith, was born on Oct. 31, 2000. While he was participating in VH1’s Dear Mama: An Event to Honor Moms, Smith cheekily revealed that Willow was conceived during a couple’s trip to Mexico.

“I’m not gonna be silly. I’m here to honor you. Just watching the piece with the kids it takes me back to when we made them. Can’t help but think about that. It’s just amazing. It’s like you take Jada Pinkett Smith and an obscure town in Mexico and some tequila and you end up with great kids!”

Pinkett clarifies whether their marriage is non-monogamous or not

In an April 3, 2013 interview with HuffPost Live, Pinkett shared how she has always told her husband to do “whatever you want as long as you can look at yourself in the mirror and be okay.” The statement caused a flurry of speculation that the Smith’s marriage may be non-monogamous. On Aug. 14, 2013, Pinkett took to Facebook to address the rumors:

“The statement I made in regard to, “Will can do whatever he wants,” has illuminated the need to discuss the relationship between trust and love and how they co-exist,” she stated. “Here is how I will change my statement…Will and I BOTH can do WHATEVER we want, because we TRUST each other to do so. This does NOT mean we have an open relationship…this means we have a GROWN one.”

The rumors spread of an imminent divorce

Two years later, it was Smith who took to Facebook following yet another spate of divorce rumors. In a post that has since been locked down, Smith strenuously denied the rumors coming from the mill.

“Under normal circumstances, I don’t usually respond to foolishness. (Because it’s contagious). But so many people have extended me their ‘deepest condolences’ that I figured —‘What the hell…I can be foolish too!’ So, in the interest of redundant, repetitious, over & over-again-ness…Jada and I are…NOT GETTING A DIVORCE!!!!!!!!!!!!! : -) I promise you all — if I ever decide to divorce my Queen—I SWEAR I’ll tell you myself! #Dumb People Should Have to Wear Scarlet D’s.”

Pinkett would back up the response soon afterward while speaking on Sway in the Morning. “Here’s the thing about Will and I, it’s like, we are family, that’s never going down,” she said. “It doesn’t matter, all that relationship and what people think, ideas of a husband and a partner and all that, man, whatever, at the end of the day, that’s a man that can rely on me for the rest of his life, period.”

Their journey as life partners continues

“We don’t even say we’re married anymore. We refer to ourselves as ‘life partners,’ where you get into that space where you realize you are literally with somebody for the rest of your life,” Smith said during a 2018 episode of the Rap Radar podcast. “There’s no deal breakers. There’s nothing she could do—ever—nothing that would break our relationship. She has my support til death, and it feels so good to get to that space.”

In June 2020, rapper August Alsina, a friend of the couple’s son Jaden, claimed that he and Pinkett had entered into an affair with the knowledge and consent of Smith. In an interview about his forthcoming album with Angela Yee, Alsina discussed the arrangement.

“I actually sat down with Will and had a conversation due to the transformation from their marriage to life partnership that they’ve spoken on several times and it not involving romanticism.”

Pinkett’s reps denied the allegations and the existence of any such arrangement. However, a month later, in another episode of Red Table Talk, Pinkett sat down with Smith and confirmed the existence of a relationship between herself and Alsina saying she had gotten involved in an “entanglement” with Alsina in 2015 at a point when she and Smith had separated.

Pinkett did steadfastly maintain that no arrangement between Alsina and Smith ever existed saying, “One thing I want to clean up…about you giving ‘permission,’ which is…the only person that can give permission in that circumstance is myself.”

As for the current state of the marriage? It seems to be solid but has perhaps, evolved? According to a source at Us Weekly, “Will and Jada, at the end of the day, are like a normal couple who just happen to be glorified because they’re famous. They have fought. They have reconciled. At the end of the day, they do love each other.”

In a recent interview with GQ, Smith described the current state of the couple, saying, “There were significant endless discussions about, what is relational perfection? What is the perfect way to interact as a couple? And for the large part of our relationship, monogamy was what we chose, not thinking of monogamy as the only relational perfection.”

“We have given each other trust and freedom, with the belief that everybody has to find their own way. And marriage for us can’t be a prison,” Smith continued. “And I don’t suggest our road for anybody. I don’t suggest this road for anybody. But the experiences that the freedoms that we’ve given one another and the unconditional support, to me, is the highest definition of love.”

As is the case for any relationship, regardless of fame and exposure, Will and Jada Pinkett Smith’s marriage, or life partnership, has evolved over more than two decades. Despite having found a happy equilibrium in recent years, though, the Hollywood limelight makes privacy impossible. The curtain of interest has far from fallen on this celebrity power couple, after all.