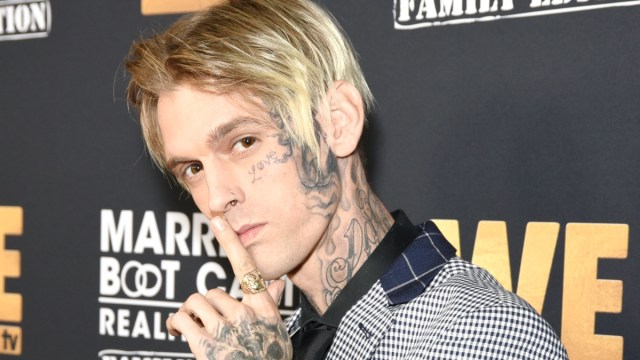 In the wake of his tragic and untimely passing, teen heartthrob Aaron Carter is survived by his on-again, off-again fiancée Melanie Martin, and the couple’s one-year-old son Prince. But to make things even more difficult, Martin says that Carter’s fans have been making her life a living hell since he died.

According to TMZ, Martin has been subject to constant harassment and threats by fans who blame her for the 34-year-old singer’s death. Carter was found dead in a bathtub in his Lancaster, California home last week, though the exact cause of death currently remains unclear.

Some fans have evidently become so brazen that they’re even showing up on the property and peering into windows, terrifying Martin, who is in the process of moving her things out. And, apparently, the situation has become so dire that even an ongoing police presence has not deterred them.

We’re told Melanie called police to the house to keep the peace. Due to all the harassment directed at her, she wanted to ensure there’d be no issues while she was at Aaron’s house.

Our sources say Melanie was retrieving baby items, diapers and clothes for their son, Prince, along with some of her things … and now Aaron’s fans are accusing her of stealing his possessions, which we’re told is NOT the case.

Carter had supposedly been dealing with unruly fans for years prior to his death, and Martin says she finally understands what he had been going through, now that she is on the receiving end of the unwanted attention.