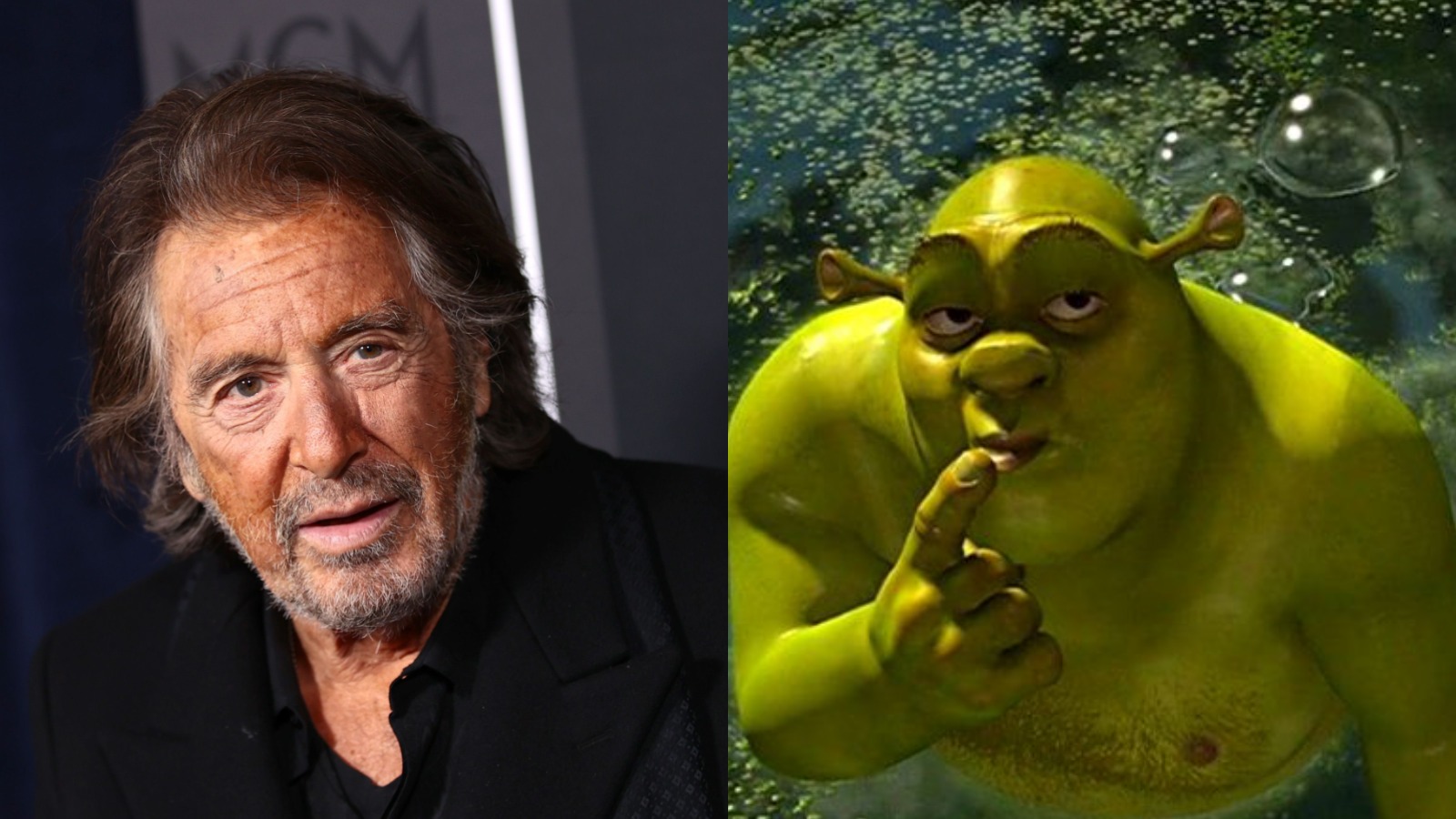 Photo via Dimitrios Kambouris via Getty Images/Image via Dreamworks

Sure, that’s not exactly how “All Star” goes, but discovering that the man, the myth, the legend has the most incredible phone case ever certainly warrants such a remix.

Jason Momoa shared a series of images late Saturday night, including one at a table with Al Pacino among others. When scrolling through the photos, fans noticed that the phone in front of Pacino was bound by a case covered in various expressions of everyone’s favorite ogre.

Of course, fans on the internet are reacting exactly as you’d expect them to. Some stars in the entertainment industry stand out among others for their contribution to pop culture, and let’s be honest, Shrek and Pacino are top tier.

In fact, some might even call Pacino (and Shrek) the GOAT.

This fan spelled out the traits about Pacino that make us all swoon, including that he loves being called sweetheart, and, of course, he rocks the Shrek phone case.

Our favorite version of Al Pacino is the Shrek enthusiast version.

The phone case is absolutely the best thing we’ve seen all day.

Can you imagine Pacino’s next birthday party? We’re guessing it will look a lot like this. Now we mention it, what if they’ve already looked like this, and we just don’t know it yet?

Of course — fans had to include fabulous Shrek Memes.

Some fans are trying to convince their friends to watch Shrek now that Pacino’s phone case has been revealed.

These three words sum it up perfectly.

It looks like the phone case has been tracked down, and you can find it on Amazon!

Adding to the list of reasons Pacino is a legend is most definitely his choice in phone cases.

Don’t mind us; we’re just hopping in the car with anyone else on their way to support Shrek and Pacino.

It was indeed the most incredible surprise of the day.

Of course, fans were nervous when Pacino initially started trending, but relief washed over all of us when we found out that it was just because of his phone case.

The guy is something. In fact, they both are.

If you need us, we’ll be appreciating our new favorite and most iconic pairing, thinking about the collab that could’ve been.