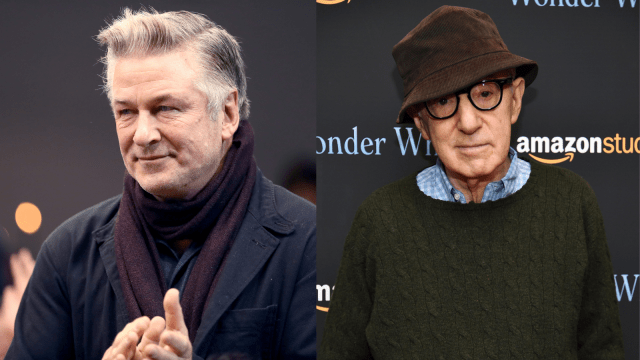 Alec Baldwin, who is still under an investigation for manslaughter, has announced a livestream with Woody Allen, who has been alleged to have done horrendous things as well. Okay!

In what should really be a line-up for a festival called “Old Men With Extensive Controversy Sections on Wikipedia” Fest, the duo will be teaming up on the social media app for a live stream Q&A.

Repeating himself several times like a machine gun with bullets, Baldwin gave confirmation to the Instagram Live event absolutely nobody asked for.

Baldwin has decided now of all times is when the world needs two highly divisive figures to talk about… something. Since the fatal prop gun shooting on the set of Rust, Baldwin has been very particular with his public appearances.

The investigation into the shooting incident was concluded in April, with the New Mexico Occupational Health and Safety Bureau fining Rust’s production company $137,000 for safety violations. Baldwin continues to dispute pulling the trigger that led to the death of Halyna Hutchins, but the court of public opinion is not yet satisfied.

For those clamoring for the Baldwin and Allen double act, there’s a rumor it might be happening on June 28 at 10:30 EST (UTC +5).