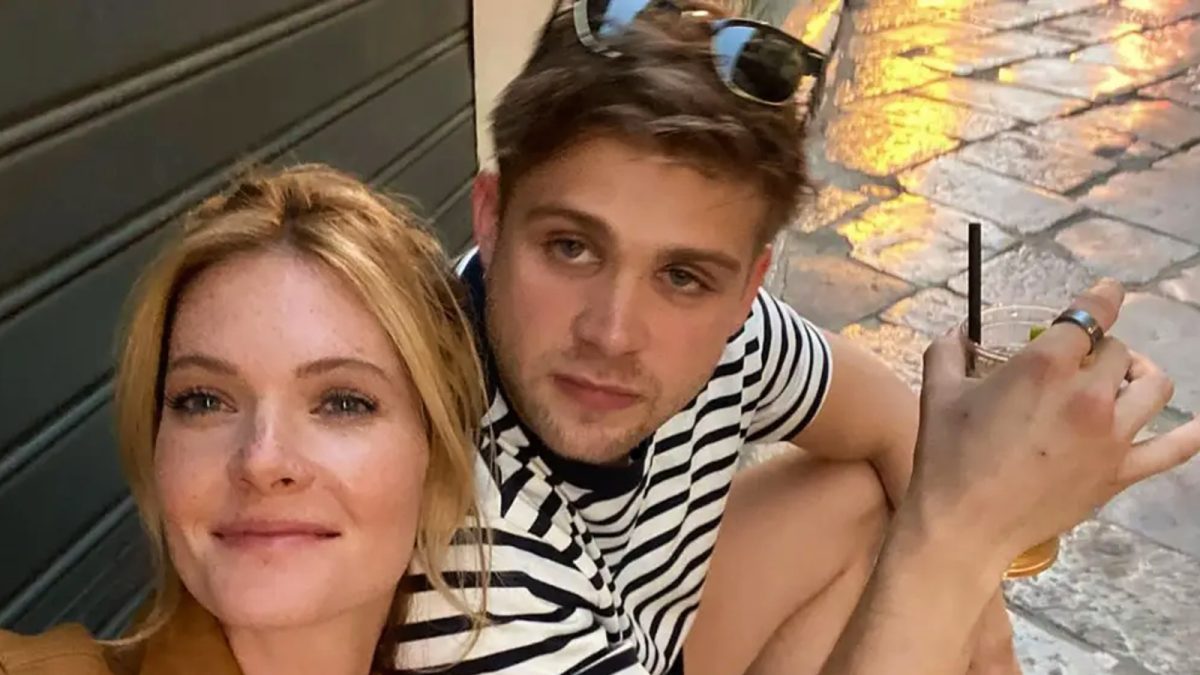 It is true that The White Lotus has achieved immense success and a major portion of it owes to the fans’ immersion in the various aspects of the series. Be it the countless memes, showering praises over the performances, or the craziest theories prior to the release of season two, the viewers and diehard fans of the show have left no stone unturned in exhibiting their engagement with the show.

Only this time, their love for the show and penchant for speculations have stretched to creating theories about the dating lives of certain cast members. This has shaped the current dating rumors about Meghann Fahy and Leo Woodall who play Daphne and Jack in the show, respectively. Though the pair hasn’t shared any screentime in the series, they seem to be quite close off-screen, which fuelled the rumors. Let’s shine some light on the same.

The primary hints at their relationship can be gleaned from a group of social media posts by both Fahy and Woodall. Even though their relationship status hasn’t been confirmed yet, quite a few postings on social media by the duo have heightened the fans’ speculations. Recently, the 32-year-old actress posted a picture on Instagram and captioned it “Sizzly Sicily”. The post contains a group of pictures clubbed together.

The very first picture contains a photo taken from afar while the second image is a sweet, cozy selfie of Fahy and Woodall together. This isn’t the only post that captured popular attention. On Nov. 29, Fahy posted a photo of herself in Elle UK magazine on Instagram and wrote, “And thank you @elleUK I love the UK and I love all of the Elles”. The first comment on the post was of Woodall who replied, “UK loves you back”.

Fahy isn’t the only member of the pair whose posts on social media attracted and heightened speculations about her relationship with Woodall. On Sept. 11, 2022, Woodall took to Instagram to post a group of ten pictures.

The very first picture of him is with Fahy and is blurry compared to the rest. As you swipe left, the third photo shows Woodall socializing with friends with his fingers inside Fahy’s mouth in what seems like a flirtatious pose.

Even the other photos in the post show the duo in closer contact with each other. Even if their cozy selfies are taken as just a sign of friendship, it would be natural for the fans to harbor suspicions about their relationship given Fahy’s response to the post where she replied, “I love you! I love these! I love you!”

Neither Fahy nor Woodall have commented on the rumors nor confirmed the status of their relationship. At this stage, it would be natural for the speculations to continue until there’s a convincing answer.