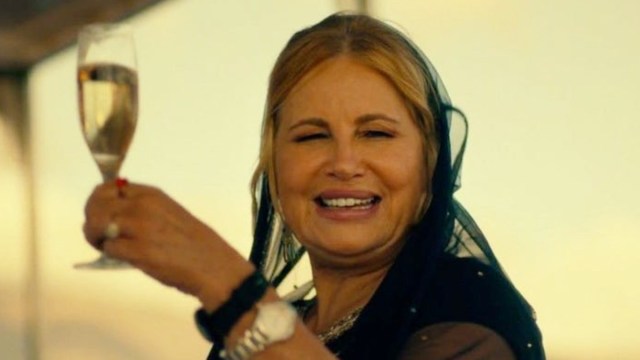 HBO’s The White Lotus was the breakout summer hit of 2021, as viewers got hooked into the flash-forward mystery to learn who would be leaving the luxury resort in a box, but soon became hooked on the bubbling drama between the pampered guests and resort staff. And now, likely to little surprise of anyone who was a fan, the limited series has racked up a whopping 20 Emmy nominations with Tuesday’s announcements.

In addition to being nominated for Outstanding Limited or Anthology Series, The White Lotus also stacked the Outstanding Supporting Actor and Actress categories. In the actress category, Connie Britton, Jennifer Coolidge, Alexandra Daddario, Natasha Rothwell, and Sydney Sweeney were nominated, while Murray Bartlett, Steve Zahn, and Jake Lacy cleaned up the actor nods. (Jim 2.0 from The Office nominated for an Emmy! Who would have thought? Not us!)

In the wake of the news, a few of the stars took to Instagram to express their gratitude at having been nominated.

“It is such an honor to be nominated for my first Emmy!” wrote Daddario. “I just cried so much in front of a bunch of people! Thank you so much to the Television Academy for honoring not only myself, but my fellow cast mates and Mike White. I am so proud of this show and will be forever grateful to have had this opportunity and to work alongside such incredible people and to have been stranded at this resort together.”

Meanwhile, it was a particularly exciting morning for Sweeney, who received her first two Emmy nominations on Tuesday — both for her performance in the role of the spoiled college student Olivia Mossbacher on The White Lotus, as well as for playing Cassie Howard on Euphoria.

After learning she had been nominated twice, the 24-year-old shared a video of her tearful phone call with her mother.

“What a morning!” she captioned the video. “Thank you so much to the [the Television Academy] for my Emmy nominations! It’s an honor to know that both Olivia and Cassie have connected with so many. I’m so proud of both these shows and grateful to everybody that’s been apart of them. But most importantly mom, I love you, we did it through the ups and downs! Thank you thank you!!”

Sadly, with only two supporting Emmy nominations and eight cast members nominated, it goes without saying that at least a few will go home empty handed. But we feel pretty safe predicting that if any of them win, it will be Coolidge and Bartlett, both of whom received their first nominations today. Both are well deserved!