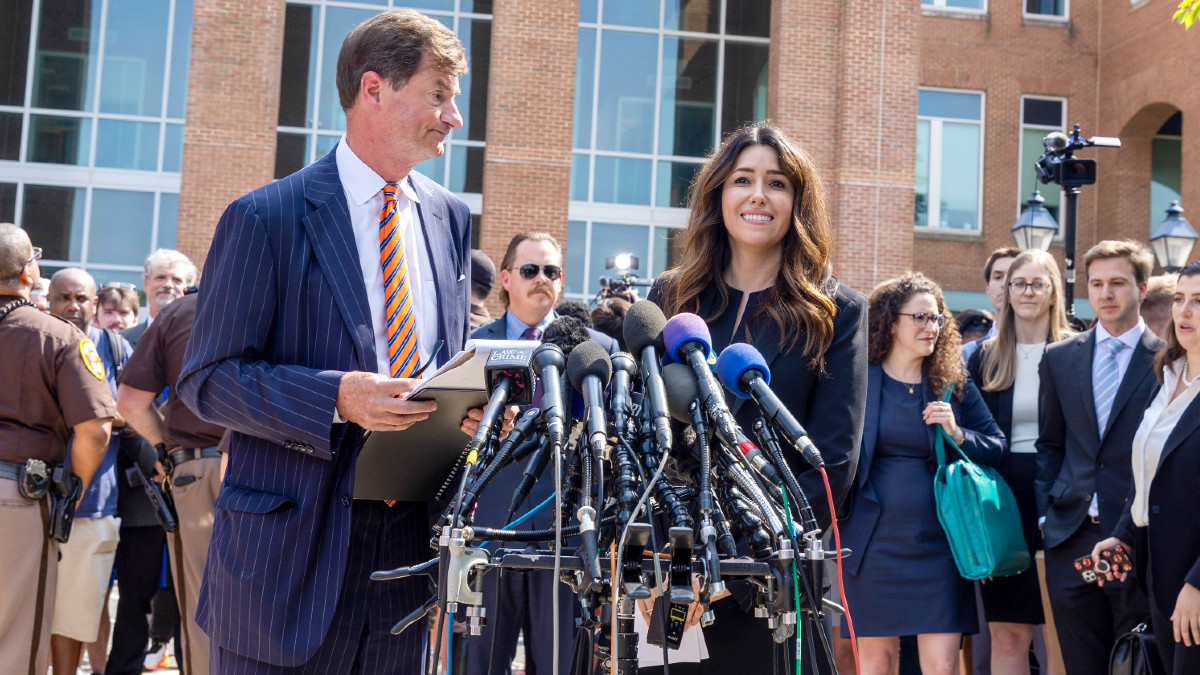 Johnny Depp, who the jury largely vindicated in his defamation case against his ex-wife Amber Heard, will next appear in court as the defendant of a personal injury lawsuit filed by a film crew member who claims the actor assaulted him on set of the 2018 crime thriller City of Lies. And to anyone who was paying attention to the highly publicized case, it should come as little surprise that Depp will be represented by attorney Camille Vasquez, the breakout star of his legal team.

The Pirates of the Caribbean actor was accused by location manager Gregg “Rocky” Brooks of “maliciously and forcefully” punching him twice in the ribs before allegedly offering to pay him $100,000 to punch him back in the face in the April 2017 incident. According to The Independent, Brooks claims that Depp’s actions were “intentional and malicious” with the intention to cause him to “suffer humiliation.” He also claims that the 59-year-old’s “intoxication and temper created a hostile, abusive and unsafe work environment” on set.

When he refused to sign a release waiving his right to sue over the incident, Brooks says he was fired from the film.

Shockingly, Depp has a different recollection of events, and August 2018 legal documents obtained by TheWrap state that Brooks was the aggressor and that Depp was simply acting out of self-defense.

“According to the suit, permits for the shoot initially allowed for exterior shooting at the hotel until 7pm and inside the hotel until 10pm An extension was granted, and at 10:50pm they were asked to make the current shot the last exterior shot of the night. Brooks said that he was told to instruct Depp of the request, but wanted an on-set LAPD officer to assist him in doing so because he knew Depp ‘may become upset.’

Before he could enlist the officer’s help, however, Brooks’ suit said that Depp accosted Plaintiff and began attacking him, angrily screaming in his face ‘WHO THE F— ARE YOU? YOU HAVE NO RIGHT TO TELL ME WHAT TO DO!’

According to the complaint, Depp also “angrily and forcefully punched Plaintiff twice in the lower left side of his rib cage and causing pain.”

After Brooks did not react to Depp’s offer to punch him back, the actor’s bodyguards were said to have physically removed him from the scene.

Vasquez, who was promoted to partner at Brown Rudnick after the Depp-Heard trial, will represent Depp alongside fellow partner Randall Smith. During the trial, Vasquez became something of a celebrity herself among unrelenting Depp fans, to the point that some people speculated whether she and the actor were actually an item themselves.

“It’s been surreal and, if I’m being honest, a bit overwhelming,” Vaquez said of her newfound fame during a recent appearance on Good Morning America. “But if I can be an inspiration to young women that want to go to law school and study and work hard, then it was all worth it.”

The personal injury trial is set to begin on July 25 in Los Angeles County Superior Court.