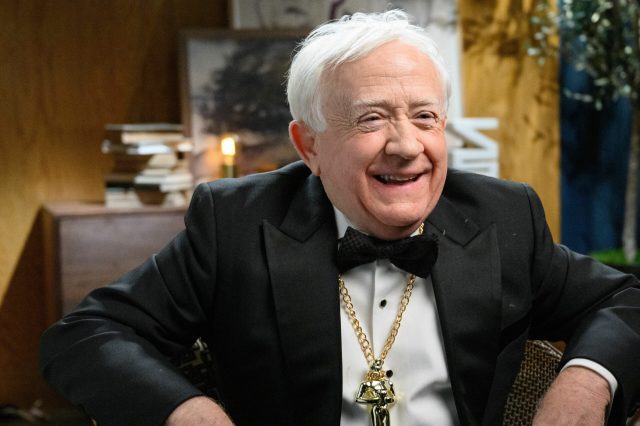 The unfortunate news of the passing of beloved and easily recognizable character actor Leslie Jordan reverberated through Hollywood on Monday, and the tributes have been steadily pouring in.

While not necessarily a “household” name, the actor was one of thoseactors that make people say, “Oh I know that guy.” That kind of recognition comes from a career that spans decades and a number of high-profile jobs.

Perhaps his biggest role was as Beverley Leslie on the iconic NBC show Will & Grace. That role won him an Emmy for Outstanding Guest Actor in a Comedy Series in 2006. He was funny, charming and always a character.

Jordan took what could potentially be roadblocks in Hollywood – being gay and being short — and turned them into his strengths. His characters were uniquely “him.”

Let’s take a look at his best roles.

This was Jordan at his most Jordan-y. Everything is here: the unassuming southern drawl masking a lifetime of sass, the gentle touch of just enough sweet with an underlying smugness and a great character like Mayim Bialik to bounce off of.

Jordan was always great as a secondary character, and he really digs into the role of Phil. In the show, Bialik plays a 39-year-old single woman who’s just opened a cat cafe despite everyone telling her she’ll be alone forever. Jordan plays the head baker.

Phil plays a man who finds himself suddenly single after breaking up with a long-time partner. This adds a fun layer on top of his character, and like the scene above allows him to play with his interactions with everyone around him.

He’s appeared in every season of the show and garnered a lot of positive attention, with TV Insider calling him a “total scene stealer.” How the show handles his death remains to be seen.

Jordan was an excellent actor and his comedic chops seemed to just flow out of him like water down a smooth rock. All of his work felt effortless, and his turn as Courtney in American Horror Story: Coven was no different.

He actually appeared in a few seasons of the show. The first time was during the third season where he played Witches’ Councilor Quentin Fleming.

He came back for the sixth season as Ashley Gilbert, an actor who plays medium Cricket Marlowe in “My Roanoke Nightmare.” Perhaps his best AHS role, however, was in the slasher epic 1984, where he sported a hilarious ’80s wig and provided some much needed levity to the show.

Here’s a fun fact about his time on the Roanoke: He met Lady Gaga on set but didn’t even realize it was her, according to Entertainment Weekly.

“The first day, I showed up and there was a girl standing there and they said, ‘Leslie, have you met Stefani?’ And I thought she was maybe an extra. I didn’t know who she was,” Jordan said at the time.

Jordan showed off his comedic abilities in this appearance on the mystery singer show The Masked Singer. It’s not easy being funny underneath an ice cream costume, but Jordan finds a way. Carrying an oversized spoon and dancing terribly, the comedian sang “This Little Light of Mine”.

He’s a terrible singer and dancer, but he’s effortlessly funny and the segment is so much fun and really highlights what Jordan can really bring to the table. At one point the plush strawberries start to fall off his costume and he adlibs a funny line about that as well.

Even Nick Cannon seems to respect the diminutive actor, and he pulls a Wayne’s World by doing the classic bowing and praying “we’re not worthy” spiel. Jordan ended up being a guest panelist for the rest of the episode.

The United States vs. Billie Holiday

Last year Hulu released a biopic of Billie Holiday that chronicled the famous singer’s lengthy tussle with the American government. The movie showed how subversive her song “Strange Fruit” was to the powers that be and how they conspired to take her down on trumped-up charges.

Jordan plays radio journalist Reginald Lord Devine and sports a hilarious wig. He also manages to play the part seriously when he needs to and demonstrates that he’s a fine actor despite his natural comedic tendencies.

The film was directed by Lee Daniels, who sang the actor’s praises in a Variety piece about the movie.

“I’m a big fan of Leslie’s and I’ve always wanted to work with him. When I was thinking about this character — a journalist who interviews celebrities down on their luck – I envisioned a fusion of Quentin Crisp and Skip E. Lowe, a role I knew only Leslie could bring to life.”

Jordan had a small part in the blockbuster movie The Help where he was again able to show that despite being a comedic powerhouse, he also knew how to pull back and just play a supporting character.

In The Help, he plays Mr. Harold Blackly, the head editor of The Jackson Journal. He interviews main character Skeeter Phelan (Emma Stone) and tells her to read Miss Myrna columns and answer them.

It’s not a big part, but Jordan somehow manages to raise above the point of just being another forgettable character. That was Jordan’s strength, to take these little parts and find ways to really make them sing. It’s a talent that not a lot of actors have, much less in a tiny supporting role.

While he appeared in a number of movies and various serious roles, Jordan was never as much at home as he was on a sitcom. The Cool Kids is no exception.

The show, created by It’s Always Sunny star Charlie Day and Paul Fruchbom, made it 22 episodes before it was canceled by Fox. It told the story of a retirement community and how it gets upended by the arrival of a rebellious elderly female. Jordan plays the hilarious Sidney Delacroix, who goes by Sid.

The show actually started pretty strong and was the most-watched Friday show on the network in six years, according to Deadline. Fox even picked up the series mid-season and ordered nine more episodes.

The show couldn’t hold on to its buzz, however, and Fox canceled it when the ratings started to slip. In an interview with Variety, Jordan revealed that the role was the first time he was actually allowed to play himself.

“I grew up in a very religious, sort of homophobic environment and all of the sudden I’m getting to play this openly gay character who’s perfectly, perfectly content with who he is and what he is,” Jordan said at the time. “That’s me right now.”

It’s pretty easy to forget what a long and fruitful career Jordan’s had in the entertainment industry. Here he is in the 2000s hit sitcom Reba, where he plays a potential love interest who’s probably gay? They used to dance around that back then.

We really get a full sense of Jordan in this clip, and it has pretty much everything – his frenetic energy, the way he used his whole body and his childlike innocence. Jordan really effortlessly nailed these parts, and made everyone around him look better.

He never tried to steal the show, and by not trying, he always ending up stealing the show anyway. His choices, his comedic timing and his graciousness are all on display here.

Jordan had a special way of finding the humor in everything, even a murder. In the 2000s show Boston Legal, Jordan played Bernard Ferrion, a man on trial for the brutal murder of his own mother, who he apparently killed by bonking her on the head with a frying pan.

After he got away with the first murder, he committed a second one in the same way. In an inspired moment of casting, Jordan gets a meaty role with none other than the legendary Betty White. She plays Catherine Piper and tries to get Ferrion to find Jesus.

When that fails, she decides to kill him before he kills again by, you guessed it, knocking him on the head with a frying pan. Jordan would later recount the happening to Anderson Cooper on CNN.

“Betty White and I were on a series called Boston Legal and she said to me ‘How many did they hire you for?’ and I said five. She said ‘Me too, I’m gonna kill you or you’re gonna kill me.’ So the fifth episode sure enough she was supposed to kill me. She’s supposed to hit me with a skillet. So she came in that day and she said ‘Mr. Jordan I don’t want to hit you with this skillet. I said ‘well come here Mrs. White it’s not real it’s a trick skillet.’ And so I took it over and I showed her that it was made of rubber. But it was hard rubber. She walloped me if you see it if you ever see the episode, I fly through the air they had to take me to the chiropractor.”

Watch any clip of Jordan as Beverley Leslie in Will & Grace and you’ll immediately understand why it’s such an iconic role. He’s funny but fearless, with a razor’s edge to his wit but just enough sass to keep things funny. It’s no mystery why he won an Emmy for this role.

This character was the one that brought Jordan the most attention, and it’s completely understandable. He’s a hurricane in the show. It really is a shame that he’s no longer with us, but at least we’ll always have his work.