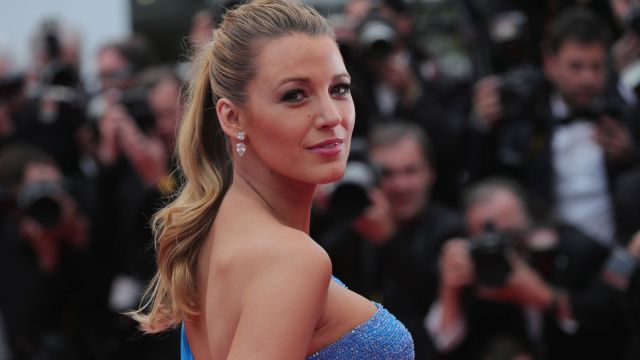 After her breakout role in The Sisterhood of the Traveling Pants duology, Lively went on to play the ever-troubled teenager Serena van der Woodsen in Gossip Girl. Now, fifteen years on, she’s stunned in a new Instagram post set in the canvas of a poolside retreat, wearing a stark white swimsuit.

Just days before her birthday, the post was captioned with “summer lovin’ …had me a blast” plus an added sun emoji to sell the story.

Her followers sent their appreciation and love for the photo, with it receiving over 1 million likes within just a few hours of it being posted. Famous names and brands submitted comments, with her husband Ryan Reynolds giving a suitably comedic response telling her that the landlocked Welsh town of Wrexham is the “Ibiza of Wales”.

Lively has cut back on a lot of acting roles, with her last feature film credit coming in 2020’s The Rhythm Sector with Jude Law. The film was a box office bomb, and she’s coincidentally not returned to film nor TV since. Lively did, however, direct a music video for Taylor Swift, with her helming the audio-visuals for “I Bet You Think About Me” from the album Red.

The music video saw Lively get a nomination for Best Music Video at the Country Music Awards, and had Top Gun: Maverick’s Miles Teller star opposite Swift. Perhaps Lively’s future is in music videos?