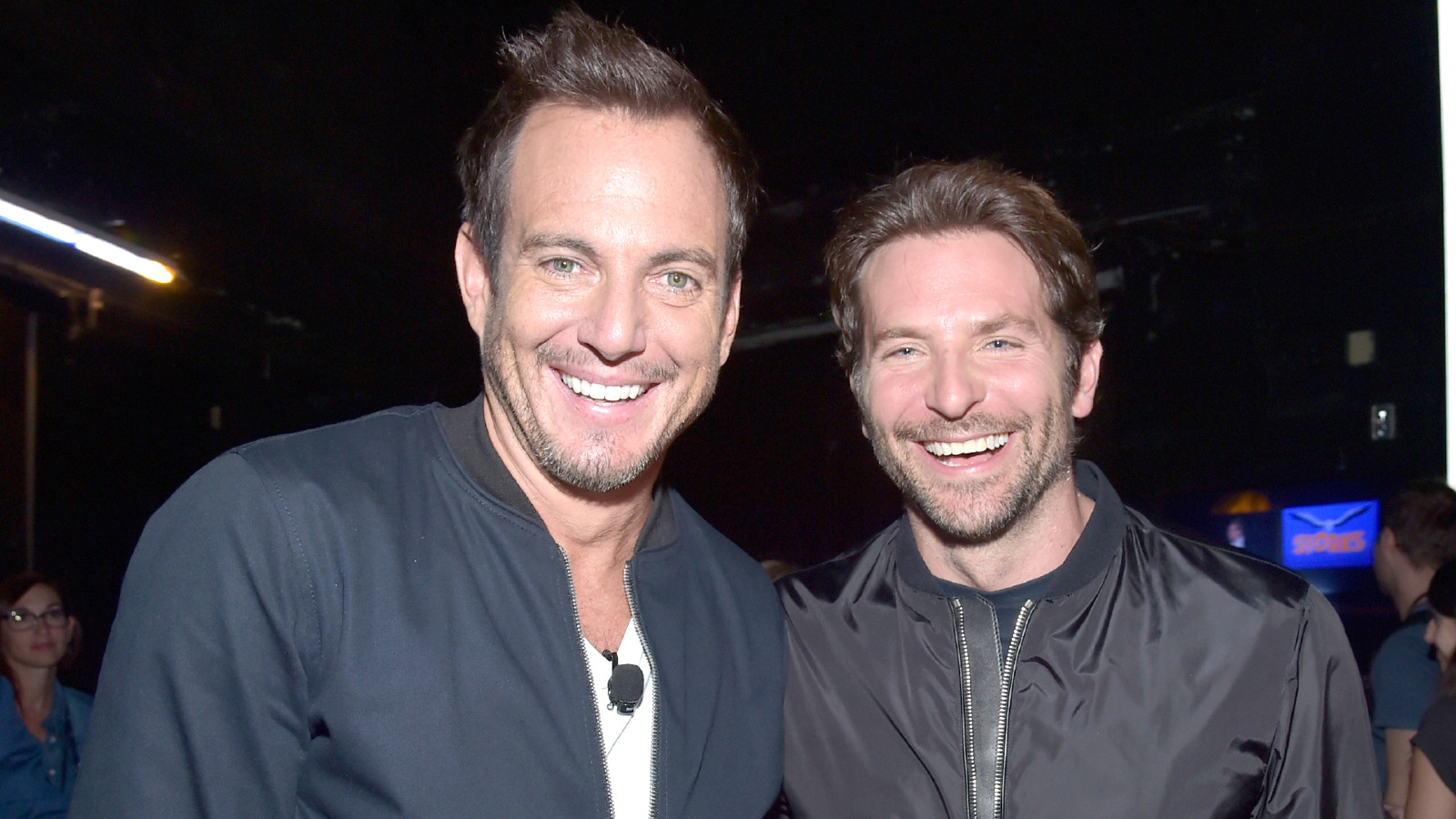 Bradley Cooper was the surprise guest on this week’s SmartLess podcast, hosted by Jason Bateman, Will Arnett, and Sean Hayes; who have all known the seven-time Academy Award-nominated actor for about two decades, respectively. However, in a raw, candid moment, Cooper recalled a moment in the mid-aughts when Arnett, in particular, helped him change course when he was going down a troubling path of addiction.

Cooper, who got his first film break with 2001’s Wet Hot American Summer, pointed out that when he was coming up around 1999 and 2000, mean comedy was all the rage at the time. But before he got sober, he admits that the line between mean humor and just being mean was blurred.

“Being an insecure person, and because I got to know Amy [Poehler], I got to know Will and all that circle — and then doing Wedding Crashers I got to know those [guys],” Cooper explained. “And I remember where there was a good year when all I did was try to access mean humor, only out of insecurity in hopes that people would think I’m funny, and I still remember doing this TV show — and it’s so embarrassing — but really hurting people’s feelings, only trying to mimic people I thought were funny.”

Cooper remembered Arnett, who he says he didn’t know that well at the time, confronting him after a particularly uncomfortable dinner party.

“I’ll never forget it because Will, who can be mean, but there’s never any ill-will, and he was like, ‘Hey man, do you remember we had dinner the other night? How do you think that went?'” the 47-year-old recalled. “And I remember being at the dinner thinking I was so funny, and I thought these two guys who were my heroes thought that I was so funny. I was like ‘I thought it was great. I thought I was killing.'”

Arnett then pointed out that it was 4pm and Cooper’s dogs hadn’t gone out yet and were standing by the door.

“And that was like the first time I ever realized I had a problem with drugs and alcohol. And that was Will saying that to me, and I’ll never forget it. I was like, the guy that I think is doing mean humor is telling me like, the truth about that and it changed my entire life. And that moment was when I stopped pursuing this sort of mean humor thing.”

But again, Cooper chalked it up to his own insecurities at the time.

He continued, explaining that at the time he was so “starving” for attention that he didn’t think or know that he was hurting anyone, or that he was even “powerful enough” to hurt anyone.

“I was so lost, and I was addicted to cocaine, you know, that was the other thing,” he said, recalling that he also injured his achilles tendon around the time he was fired-slash-quit Alias. But because Cooper dealt with his addiction and issues when he was still relatively unknown, he credits Arnett with helping him find the kindness and grace that led him on the course of where he is today.

“Will is the reason, he took that risk of having that hard conversation with me in, like, July of 2004 that put me on a path of deciding to change my life,” he confessed. “And it is truly was Will Arnett. He is the reason. There’s nobody else. And it helped that it was the guy that I thought I was emulating. It’s not like somebody else said it, like the king told me.”

“It has been awesome seeing you in this place and seeing you comfortable, nothing has made me happier,” Arnett later said. “It’s made me happy to see you so happy with who you are.”

Cooper is currently filming his upcoming second directorial effort Maestro about renowned American conductor, composer, and pianist Leonard Bernstein. The film is set to premiere on Netflix in 2023.