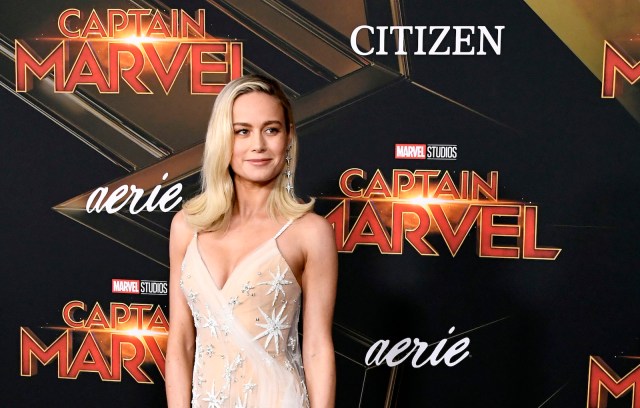 It’s hard to stay in shape for celebrities who have to play superheroes like Captain Marvel, but Brie Larson has her own technique. She shares her secrets with fans in a new video posted on Twitter.

Of course, Larson isn’t as out of shape as Chris Hemsworth is as he sharpens his martial arts skills for Thor: Love and Thunder. However, working out in a gym can get overwhelming, especially when it’s not up the celebrity’s alley. So, Larson has found a way to stay in shape that doesn’t involve lifting weights or running on a treadmill.

With a nod to Taylor Swift, Brie Larson is working out to “Anti-Hero.” With the perfect line, “It’s me, hi, I’m the problem, it’s me,” echoing in her ears, Brie pushes a contraption up a slight incline.

What contraption is that? Is it a new fandangled weed whacker or some kind of driveway buffer? Either way, it looks heavy, and that will give her a good workout if she keeps doing that at least six to nine times a day.

It might not be a conventional workout, but it’s definitley working the glutes. There are plenty of unconventional workouts anyone can do throughout the day from walking stairs to painting a room. It all goes towards working muscles that don’t normally get attention, along with a solid dose of cardio.