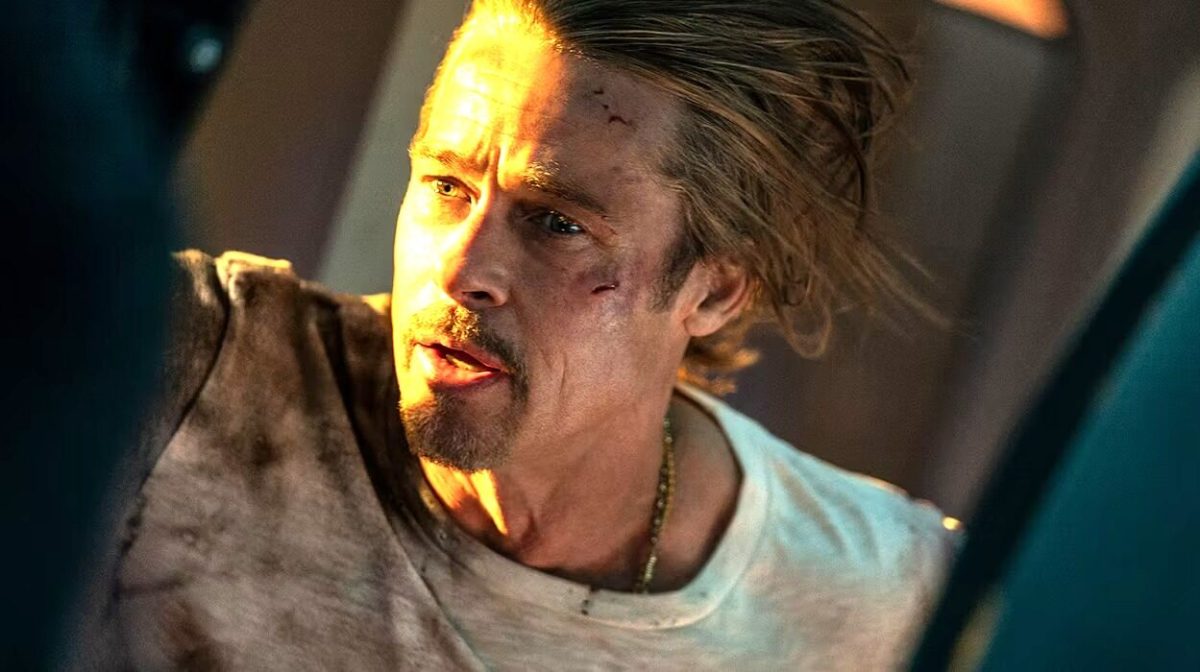 The namesake locomotive in Bullet Train couldn’t mess up Brad Pitt’s heavenly hair, which distracted the hell out of co-star Brian Tyree Henry.

Henry, who joins Pitt as one of the many assassins in the upcoming Japan-set actioner, told ComicBook.com that he was so transfixed by the legend’s luscious locks that he forgot some of his cues:

“Let me tell you something incredibly distracting, It’s Brad Pitt’s hair. It’s really, it’s really annoying. Like the very final part of the movie where we’re in the train car together and you know, Aaron’s character has smashed through the glass, we’re supposed to be going like 200 something miles an hour and there’s this wind fan that’s just perfectly placed for Brad Pitt and so I would literally forget some of my cues because I’m so busy lost in this wheat blond, beautiful hair.”

Moreover, he was equal parts amazed/infuriated by Pitt’s hair IQ, notably the way “he knew exactly when to whip it”:

“And like he’s so good at hair control that like he knew exactly when to whip it, and it just made me want to punch him in the face more. So like Brad Pitt’s hair is distracting, like just know that it’s another character in the movie, but it’s, it’s precious.”

Henry is far from the first person to notice Pitt’s exceptional coif. Ranker has it 10th on its list of the greatest male celebrity hair, while numerous outlets have counted down his best on-screen haircuts.

We wonder where his Bullet Train mane will rank when the film hits theaters on Aug. 5. Try not to be distracted!