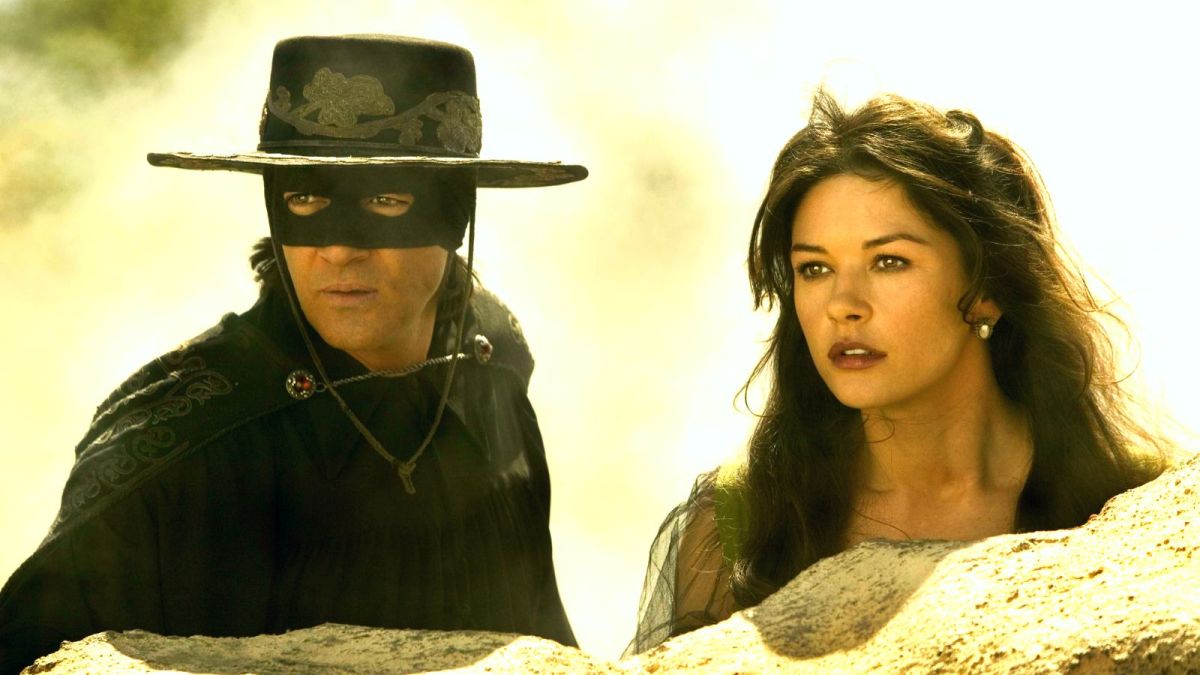 Catherine Zeta-Jones has just saved the hypothetical Zorro reboot after Antonio Banderas picked Tom Holland as his successor, which triggered an immediate backlash. Zeta-Jones made a much more appropriate casting suggestion for the role of Elena Montero/de la Vega: her National Treasure co-star Lisette Olivera.

“[Lisette] has all the elements to be the next Elena de la Vega. I would love to see a lady Zorro,” Zeta-Jones told ComicBook, adding that she sees a lot of herself in Olivera.

“I see a kind of passion for her craft, I see a commitment to what she’s doing, and I see a very long career ahead. And then she’s just such a lovely young lady,” the The Mask of Zorro actress shared.

When The Mask of Zorro was made in 1998, Hollywood had little concern for accurate casting. Despite how well Zeta-Jones and Banderas played off of each other, and how good they looked together, the Welsh actress was playing a Spanish character, while the Spanish actor was playing a Mexican character.

Banderas’ pick of Holland for the masked vigilante is also not as far-fetched if you consider the fact that Welsh actor Anthony Hopkins played the original Zorro, Don Diego de la Vega, in the 1998 movie.

In the original pulp magazines, Diego is the Spanish-born son of the richest landowner in California. The story is set in the Pueblo of Los Angeles during the era of Spanish California in the late 18th and early 19th centuries. In the Martin Campbell movie, Diego makes Banderas’ character Alejandro Murrieta his protégé, as they fight for Mexico’s independence in 1821, and he eventually takes up the mantle of Zorro.

Lisette Olivera, an American rising star of Mexican origins, would fit today’s standards much better in the role of Elena. As for Zorro, unless this hypothetical new movie would focus on Diego instead of Alejandro, audiences would certainly reject any non-Mexican casting.

Southern European actors like Banderas, Javier Bardem or Portuguese actor Joaquim de Almeida are still getting cast to play Latin American characters to this day, and while that doesn’t seem to generate as much controversy as a British actor taking on those roles, it could certainly evolve towards more accurate and inclusive choices.