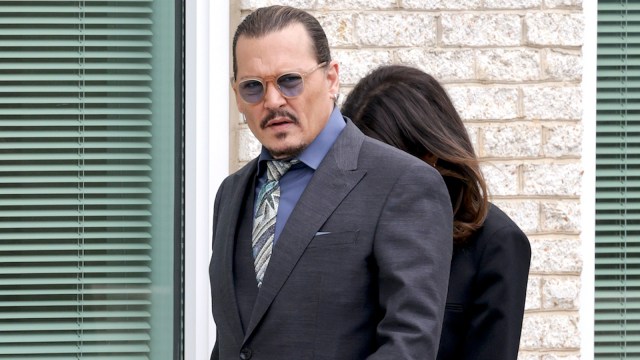 It’s been exactly two months since Johnny Depp won the court of public opinion in Fairfax County, Virginia on all three counts of alleged defamation against his ex-wife, Amber Heard. Now, new evidence — or lack thereof — has surfaced from the U.S. trial and it doesn’t look good for Depp.

Depp’s legal team claimed that Heard’s 2018 op-ed in the Washington Post caused reprehensible damage to the actor’s career, the loss of several projects, and the tarnishment of his reputation. The seven-member jury ruled in favor of Depp and awarded him $10.35 million in compensatory damages. Heard won on only one count and was awarded $2 million.

Heard has since filed for an appeal after Judge Penney Azcarate dismissed her motion for a mistrial.

Even with Heard’s partial win, Depp by and large won the court of public opinion. In fact, one could argue that his victory was set in motion years before the trial even began. Ahead of the 2020 defamation trial in the U.K. — in which Depp sued the Sun newspaper for calling him a “wife beater” and accusing him of assaulting his ex-wife — the Pirates of the Caribbean actor received overwhelming support on social media. Audio recordings between him and Heard were leaked to the public, and in the recordings Heard could be, well, heard admitting to hitting Depp. This sparked the viral hashtag #justiceforjohnnydepp, which has since received over 19 billion views on TikTok alone.

Did Johnny Depp and his legal team manipulate audio and photographic evidence?

It can be argued that the audio recordings and photographic evidence Depp’s legal team presented were some of the most damning and opinion-inducing pieces of evidence of the whole U.S. trial. In them, we listened to Heard admit to hitting Depp on multiple occasions and saw contradictory evidence of Heard’s photographic proof of abuse.

Now, arguments made by Heard’s legal team are being exposed. They call into question the audio and photo evidence Depp’s legal team used during the trial, citing many instances of modified metadata, such as partial audio recordings and modified timestamps.

“Heard’s team argued that metadata from photos and audio submitted by Depp as evidence in the case “reveals the items were ‘Modified’ days before their production in this case”; that Depp “produced multiple partial audio recordings that begin and end in the middle of a sentence”; and that metadata “indicates the recordings were created in September 2015 and then modified in June 2016, and again one day before their production, but Depp only produced the modified version. This raises significant concerns of manipulation, alteration, and deletion.”

To have these pieces of evidence called into question is nothing shy of concerning, and that’s not all. Apparently, Heard’s legal team “repeatedly requested the full audio of these conversations but were denied it.”

And it didn’t stop with the audio recordings. Heard’s team alleged that the metadata on the photographic evidence Depp’s team produced — such as photos of himself with scratches and bruises — contained contradictory “Create and Modified” dates that were years after the alleged incidents.

Camille Vasquez, one of Depp’s attorneys, launched similar accusations of legitimacy at Heard while on the stand. However, Julian Ackert, a forensic expert at iDiscovery Solutions, testified under penalty of perjury that the photos Heard’s team submitted were the originals.

Furthermore, Ackert said that the “anomalies” in Depp’s metadata “call into question the authenticity of the multimedia documents.” This included “instances where the date metadata, such as creation and date metadata, is either missing or is significantly after the alleged date of the incident. Missing creation dates and/or modification dates that post-date the facts can be a sign of digital evidence manipulation.”