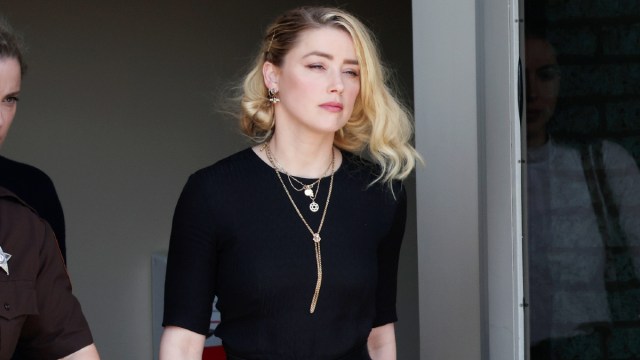 As expected, the legal team for Amber Heard filed a notice of appeal on Thursday in hopes of overturning the $10 million verdict that was handed down on June 1, after a judge previously rejected her motion for a mistrial earlier this month.

“We believe the court made errors that prevented a just and fair verdict consistent with the First Amendment,” Heard’s spokesperson said in a statement. “We are therefore appealing the verdict. While we realize today’s filing will ignite the Twitter bonfires, there are steps we need to take to ensure both fairness and justice.”

Heard had been sued for defamation by her ex-husband Johnny Depp over a 2018 Washington Post op-ed in which she claimed to have been a victim of domestic abuse. Although she did not name Depp specifically, the jury found three statements in her op-ed to be defamatory. The Pirates of the Caribbean actor was subsequently awarded $10 million in compensatory damages and $5 million in punitive damages — the latter of which were lowered to $350,000 due to the statutory cap in Virginia, where the trial was held.

Depp was likewise ordered to pay $2 million to Heard, who had countersued, over a statement made by his attorney in which he accused the 36-year-old actress of fabricating a “hoax.”

A representative for Depp likewise issued a statement expressing that his team feels confident that the original verdict will stand.

“The jury listened to the extensive evidence presented during the six-week trial and came to a clear and unanimous verdict that the defendant herself defamed Mr. Depp, in multiple instances,” read the statement. “We remain confident in our case and that this verdict will stand.”

Heard previously raised an alarm about one juror in particular over a discrepancy between the juror’s summons and questionnaire; however, the judge found “no evidence of fraud or wrongdoing.”