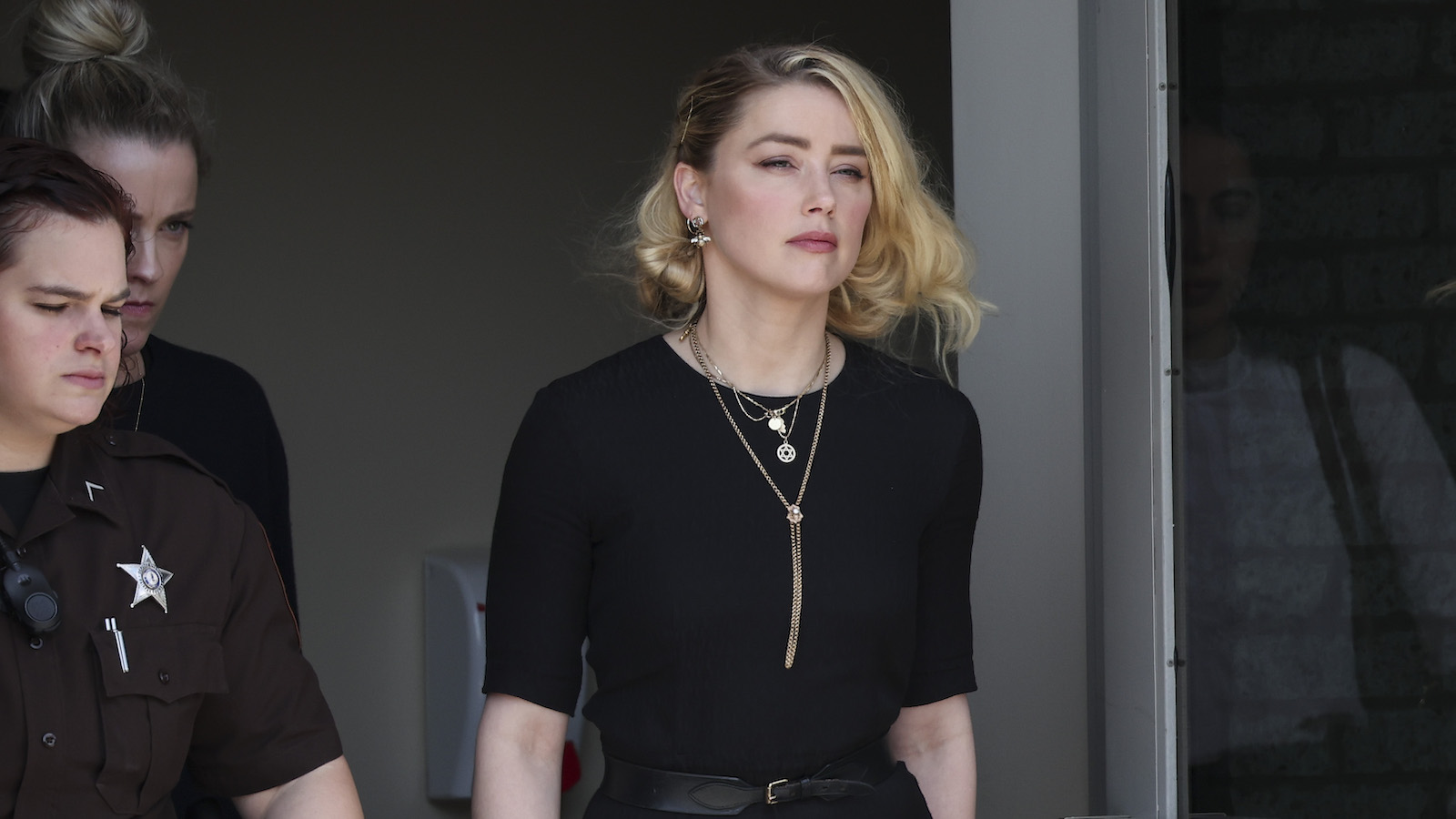 What in tarnation is going on with Amber Heard‘s reported net worth?

Following a decisive overall loss in her defamation lawsuit struggle with ex-husband Johnny Depp, a now-viral Tweet purported to show the Aquaman actor’s net worth dip to -$8 million on the website Celebrity Net Worth.

“Nah these mfs on Celebrity Net Worth are TOO FAST LMAFAOOOOO,” the social media user wrote.

But is this a genuine representation from the website or just a clever photo-editing job?

First, let’s discuss the amount in question and determine why “-$8 million” would even be a figure thrown around in the first place.

In the trial of dueling defamation lawsuits that unfolded in Fairfax, Virginia these past six weeks — and turned into a public spectacle thanks to TV cameras broadcasting each and every moment — the jury ultimately sided with Depp, for the most part. They ruled in favor of Depp for all of his questions in his lawsuit, awarding him $15 million in total. However, that figure was pared down to around $10.4 million by the judge due to a state law that puts limitations on punitive damages.

But Heard also won just one out of her several questions in her counter-lawsuit. The jury ruled that she would be awarded $2 million on the basis of being defamed by Depp’s lawyer, Adam Waldman, for telling the press that Heard’s domestic abuse claims against Depp were an “ambush, a hoax.” A quick calculation of $2 million minus $10 million leaves us with the figure “-$8 million.”

However, when we initially checked the website in question, Celebrity Net Worth, it showed a value of north of $1 million for Heard, leading us to believe the tweet was photoshopped. But when we refreshed the page, the figure updated and now reads -$6 million.

It is clear that the editors of the website reconciled two different calculations based on what Heard owes Depp from the trial and perhaps estimations for streams of income she acquired through recent and upcoming roles, such as her appearances in the forthcoming Aquaman and the Lost Kingdom and the TV miniseries The Stand, of which the compensation Heard received for both were discussed during the trial.

But the question remains: did Celebrity Net Worth ever actually display -$8 million at one point in time, or was that just a crock from Twitter?

We went ahead and looked up if the Internet Archive might be able to illuminate the situation for us. And it turns out, the page did indeed display a figure of -$8 million for Heard earlier Thursday.

According to a disclaimer on its website, Celebrity Net Worth gathers all the information it presents on its website from “sources which are thought to be reliable.”

“Net worths are calculated using data drawn from public sources. When provided, we incorporate private tips and feedback received from the celebrities or their representatives.”

It is clear the trial has taken a financial toll on Heard, whose lawyer indicated earlier Thursday would not be capable of paying the more than $10 million she now owes to Depp. And not to mention the millions of dollars she already pledged to charity but has not yet fulfilled to completion.

Depp has also had financial troubles in recent years, indicating in a past libel case in the U.K. that his more than $650 million fortune had been tapped out. A former financial manager indicated during the U.S. lawsuit that this was due to Depp’s exorbitant spending habits, but Depp has accused the company of stealing from him and settled out of court in a separate lawsuit. For what it’s worth, Celebrity Net Worth now estimates Depp’s net worth is $150 million.