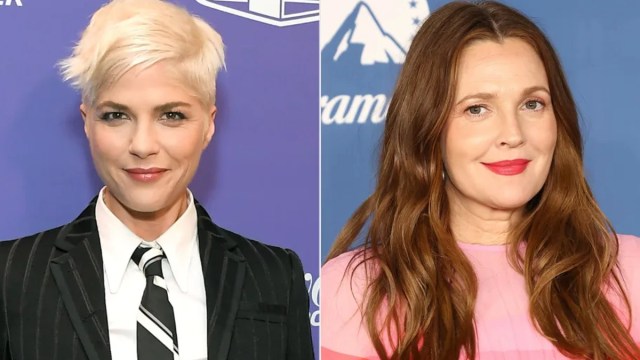 There have been quite a lot of memorable moments where celebrities have voluntarily come forward and begun the healing process. Yes, this is a process of letting go of all the alleged animosities and hatred that they might have harbored against one another that received a lion’s share of tabloid attention, thus adding to the gossip.

Be it the renewed friendship of Paris Hilton and Kim Kardashian or Robert Downey Junior and Hugh Grant resolving their differences on Twitter, we enjoy seeing them make up almost as much we liked watching the drama play out in the first place.

Recently, Hollywood superstar Drew Barrymore invited actor Selma Blair on her talk show, The Drew Barrymore Show to settle some old conflicts and misunderstandings. This is regarding the death threats that Barrymore was sent years back, which were signed in Blair’s name. The Legally Blonde actor finally confessed that the individual who was writing “poison pen letters” under her name was none other than the girlfriend of her estranged father Elliot Beitner.

In the interview, she narrated her experiences of getting accused of sending the letters. “I hear from a detective who said, ‘We know this is not you but someone’s been writing letters to Drew Barrymore, poison pen letters, signed by Selma Blair”. She continued, “When [my father] found out it was her, he chose her and didn’t believe me. He said, ‘No she’s not doing this, you’re also ruining her life, you put a mickey in her drink at Starbucks.’ I’m like, ‘I’m in New York, I’ve never met her”.

She also confessed that writing death letters to Barrymore was not the only act that her father had committed in the past to tarnish Blair’s reputation. Their toxic relationship goes way back to when her father tried to ruin her career in the industry by falsely framing her as a heroin addict. This happened after she got the part opposite Brandon Maxwell in a film and informed her father about it. Later, there were Fed Ex letters sent out that stated her to be a heroin addict even though she claimed to never had tried the drug. As a result, she was fired before the shooting began.

The letters to Barrymore, according to her were the last straw and caused a permanent strain in their relationship to the degree that Blair refused to call him dad and addressed him by his first name ‘Elliott’ till he died in 2012. She also talked about having cut him off for good following the incident. However, Drew clarified that she had never received those letters but got to know about them from Blair’s book.