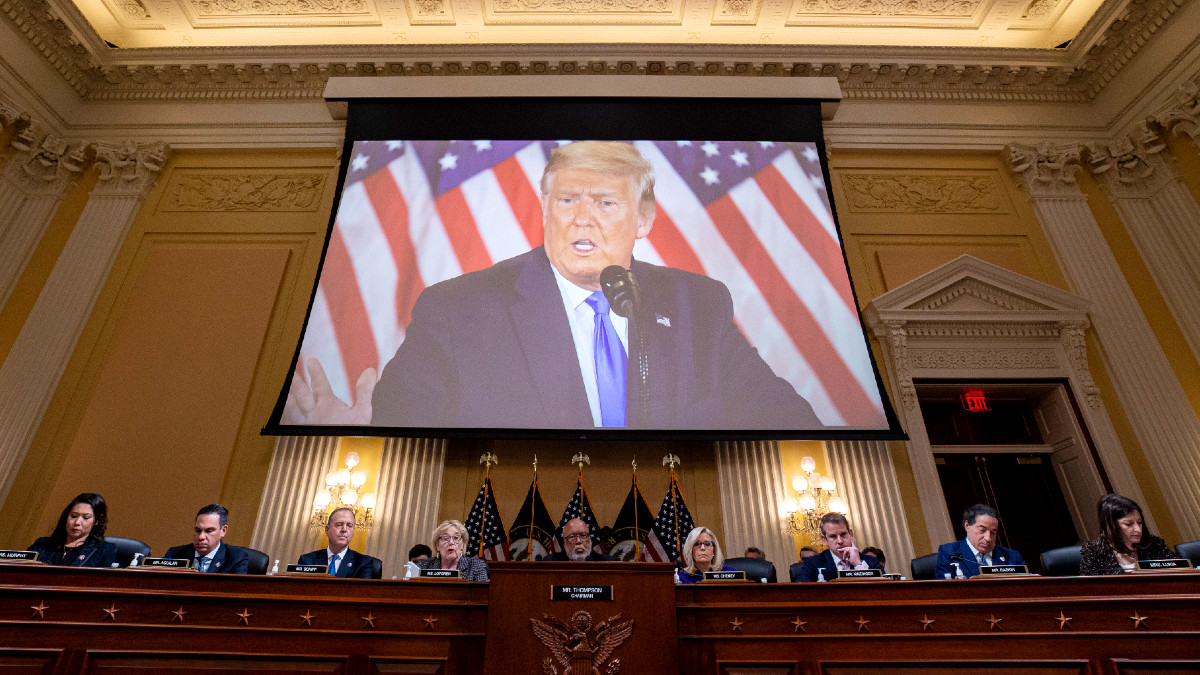 On the heels of the Washington Post deep dive into the post-presidency transition of Donald Trump, New York Magazine has published a lengthy profile that is … well, quite frankly, more of the same. Like the former piece, this latest paints a picture of a former president turned presidential candidate who spends most of his days playing golf and being adulated by supporters at his private Florida club.

“He just goes, plays golf, comes back, and f**ks off. He has retreated to the golf course and to Mar-a-Lago,” one adviser told the publication’s Washington correspondent, Olivia Nuzzi. “His world has gotten much smaller. His world is so, so small.”

But the difference now is that Trump actually granted Nuzzi a rare interview for the piece — he typically only speaks to far-right outlets — in which he maintains his innocence regarding the various crimes he’s been accused of and is tied to, as well as expressed delusions that he’s still the front-runner for the republican nomination in 2024.

It could still happen, but between a waning base and the NFT trading card debacle, it is seeming less likely by the day.

However, one excerpt that is particularly telling into Trump’s psyche involves his favorite film, Sunset Boulevard, which is about washed-up former silent-film star Norma Desmond, who draws a struggling screenwriter into her deranged fantasy world as she dreams of making a triumphant return to the spotlight.

Trump calls the film “one of the greatest of all time,” and apparently used to not only play it for guests aboard his 727 back in his free-wheeling businessman days, but would even hold screenings of it at Camp David for White House staff.

That said, it’s not hard to imagine why Trump identifies with Sunset Boulevard, particularly as his own life has begun to mirror the story of the film’s protagonist.

“He once showed it to his press secretary Stephanie Grisham, who later described how ‘the president, who could never sit still for anything without talking on the phone, sending a tweet, or flipping through TV channels, sat enthralled.’ And he once showed it to Tim O’Brien, the biographer, who wrote that when Norma Desmond cried, ‘Those idiot producers. Those imbeciles! Haven’t they got any eyes? Have they forgotten what a star looks like? I’ll show them. I’ll be up there again, so help me!,’ Trump leaned over O’Brien’s shoulder and whispered, ‘Is this an incredible scene or what? Just incredible.’

A washed-up star locked away in a mansion from the 1920s, afraid of the world outside, afraid it will remind him that time has passed … Well, he does not like the way it sounds for Trump. He still talks that way, in the third person. ‘This was the same thing in 2016. They said first, ‘Oh, Trump is just doing it for fun,’ and then they learned that wasn’t true,’ he told me. ‘And then they said, ‘Well, he won’t win.’ And they learned that wasn’t true.’”

Interestingly enough, as Nuzzi notes, the film ends with Norma Desmond shooting and killing the writer just as he works up the nerve to leave her. And after her husband-turned-butler likewise turns on her, the final scene of the film involves the actress descending her grand staircase — where she believes reporters and film crew are awaiting her big comeback — only to be met with police waiting to arrest her.

It’s kind of poetic, if you think about it.