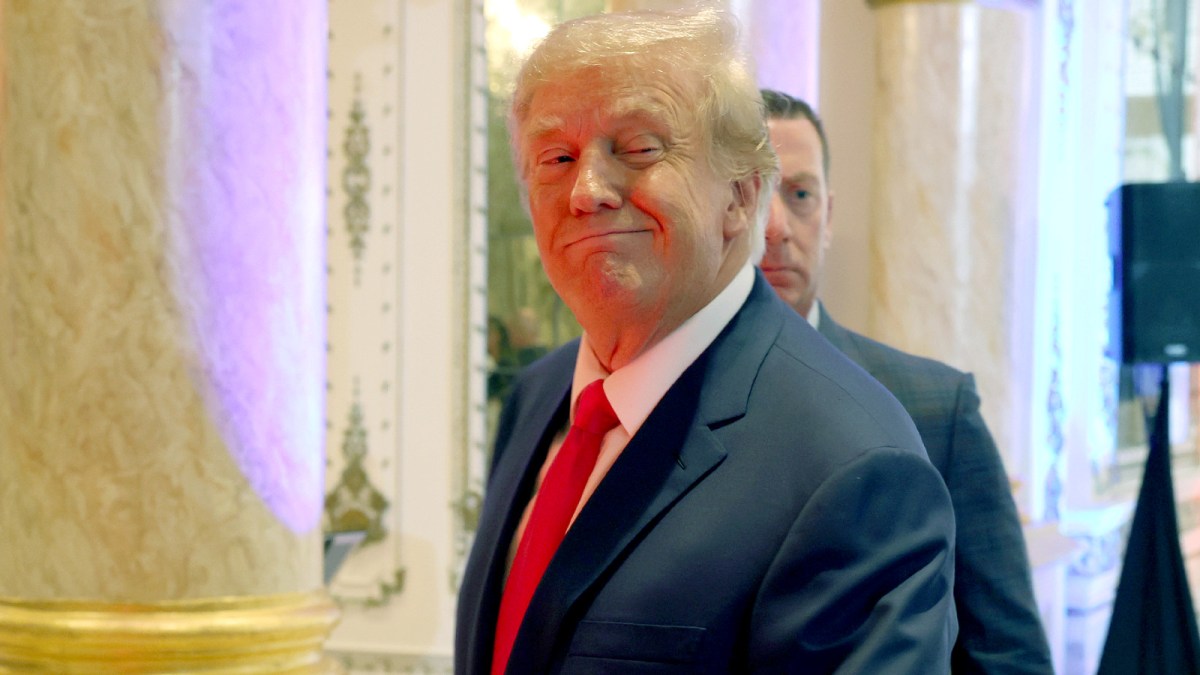 Despite widespread mockery of the internet and disdain from his own supporters, Donald Trump supposedly sold out of his heavily-maligned NFT digital trading cards in just 12 hours. But could the 45th president be laughing all the way to the bank — or more accurately, offshore bank accounts?

That’s what one TikTok user is suggesting, anyway. And even without any concrete evidence or smoking gun, it’s hard to deny that the story doesn’t seem to add up.

Writer and director TizzyEnt posted the following video on Thursday, wondering if Trump’s trading cards were “more than just a sad grift,” as a follower had pointed out. As he explains, Trump had 45,000 cards made, but was only selling 44,000 on the website at $99 — for a net profit of just over $4.3 million.

He went on to note that of the payment methods accepted, cryptocurrency was an option. Furthermore, the FAQ section stated that there was a “strict limit” of 100 Trump trading cards per purchaser or household.

So what does that mean? Or as TizzyEnt wondered, why would Trump care if someone wanted to buy up the whole lot if they were enough of a super fan?

Well, as he went on to point out, 100 cards at $99 each amounts to $9,900 — or a mere $100 less than $10,000, the required limit that the Bank of Secrecy Act imposes on transactions that must be reported. “So he can get more than $4.3 million dollars and never have to disclose a single one of the transactions involved,” TizzyEnt explained.

“Now let’s say you own a business, and you got your hands on a whole bunch of money that is, um, dirty,” he continued. “And you need to clean it. So you start another business where you sell air at $99 a pop. And then you can just sit there with the click of a mouse, $9,900 at a time is justifiably yours.”

“Maybe you even put some of that money in crypto?” he continued. “Uh, don’t worry, you can liquidate that through this process as well.”

Adding even more credence to this theory, TizzyEnt observes that the fine print on the NFT sales site also stipulates that the funds will not be used for political purposes — e.g., his Presidential campaign — so it’s all Trump’s money, free and clear. “So even if no one’s meemaw and pawpaw falls for this, Trump can literally just sit back and clean more then $4.3 million dollars,” he concluded, jumping to the update that Trump did, in fact, quickly sell out.

And this is all before you take into account the shady shell company registered in Delaware that licensed the cards, which uses Trump’s very own Trump International Golf Club in West Palm Beach as a mailing address. Nothing to see here!