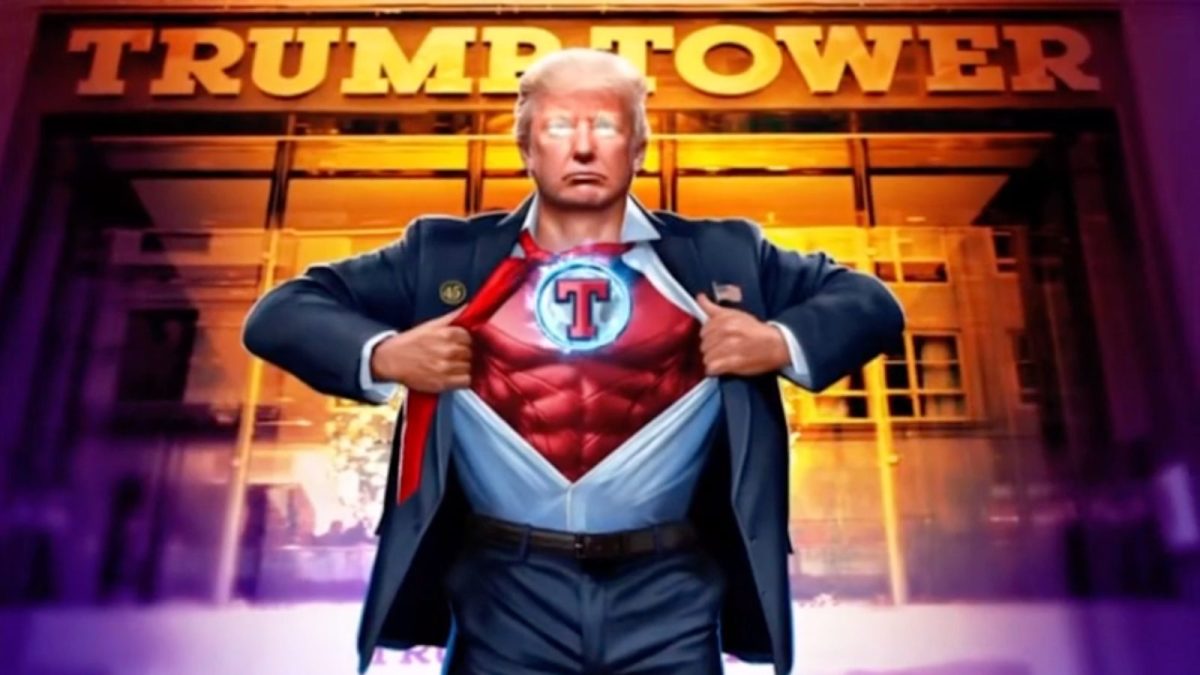 Donald Trump made a major announcement on Dec. 15, but not one many people were expecting.

When the former president teased an upcoming announcement, many people assumed it had to do with his 2024 presidential bid. Instead, Trump surprised his followers with a very different development. The 45th U.S. president is officially selling limited edition trading cards as NFTs. The cards situate Trump in a variety of fictional and actual scenarios from the businessman and politician’s life, leaving his followers to choose between shots of him golfing, racing, and stylized images of him posing as a cowboy or astronaut.

The trading cards run purchasers just under $100 a pop, and many people assumed the profits would go toward his presidential campaign. This doesn’t actually appear to be the case, however, according to the FAQ section of the Trump trading card website. Under the query “is any of the money from this collection going to the Donald J. Trump campaign for president?” an answer indicates that this endeavor is entirely separate from Trump’s 2024 bid.

Will Donald Trump NFT sales go toward his presidential campaign?

The site explains that no, funds from NFT sales will not go toward Trump’s campaign.

“These Digital Trading Cards are not political and have nothing to do with any political campaign,” the site explains. It notes that the organization behind the trading cards, NFT INT LLC, “is not owned, managed or controlled by Donald J. Trump, The Trump Organization, CIC Digital LLC or any of their respective principals or affiliates.”

Instead, the cards are using “Donald J. Trump’s name, likeness and image under paid license from CIC Digital LLC, which license may be terminated or revoked according to its terms.”

So, it seems that Trump, or at least his campaign, won’t directly profit from the NFT sales. Purchasers will have a chance to meet the man himself if they purchase enough cards, however. Trump fans who buy up a minimum of 45 Trump NFTs will be entered for a chance to attend a Florida “Gala Dinner” with Trump. They’ll also be entered into a sweepstakes, which could earn them a range of prizes, including highly specific NFTs, and the aforementioned shot at meeting the former president in person.