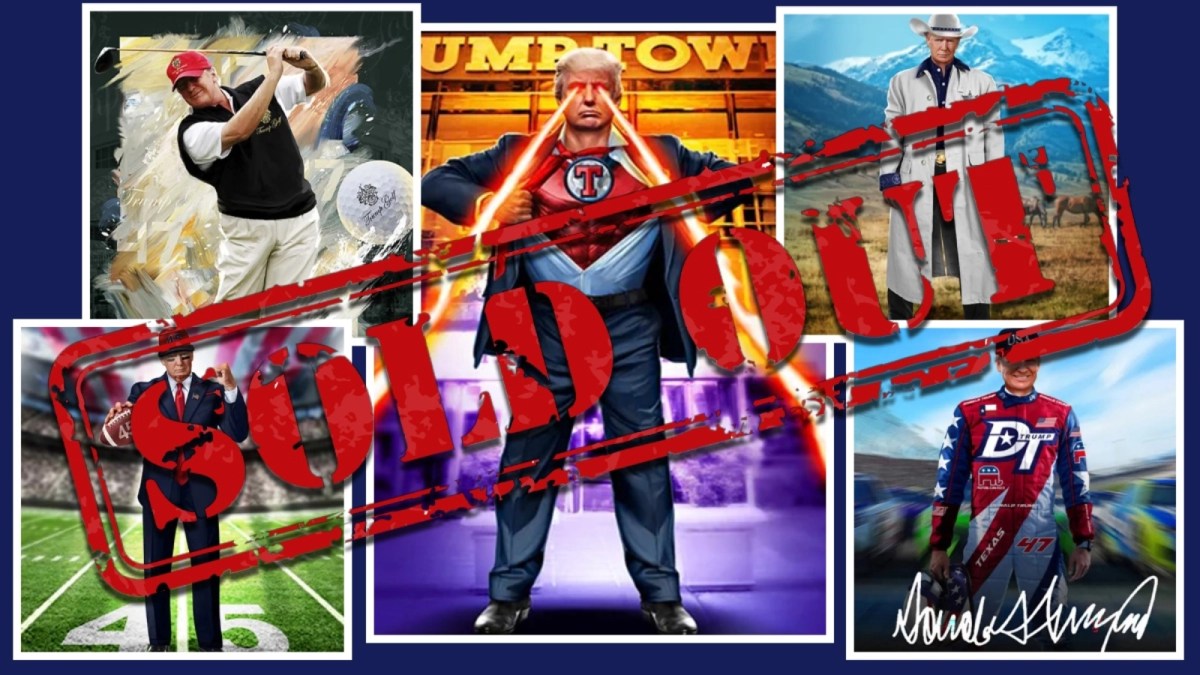 Images via collecttrumpcards.com/Graphic by Brandy Cruz

Within 12 hours after the official release of the official President Donald Trump trading cards, all cards have sold out, turning a profit of more than $4 million.

NFT INT LLC created 45,000 cards, but said on its website that only 44,000 would be sold. Based on those sales alone, the profit would total $4,356,000. The company is also making money on resales of the cards, with NFT INT LLC keeping 10% of the resale price. As of 10AM Central, more than 10,000 cards were resold on Open Sea for various prices.

It is still currently a mystery as to what the proceeds of the trading cards will be used toward. The organization purchased the former president’s name, likeness and image under a paid license from CIC Digital LLC. The limited liability company is not owned, managed or controlled by Trump and said the proceeds will not go toward any political campaign.

Despite some very strong opinions about the cards, it seems the former president was right in his assessment that the cards would make good Christmas gifts.

The cards were designed by award-winning illustrator Clark Mitchell. There were also a limited number of Gold Edition cards that were digitally signed by Trump. Every card purchase also included an entry to win various prizes, such as a Zoom call with the former president, hand signed memorabilia, a round of golf, one-on-one meeting and more. Those who purchased all 45 cards were “guaranteed a ticket to a dinner with the president” at a Gala Dinner with Trump in Florida.

“I don’t know if that’s an amazing prize, but it’s what we have.”

Of course, there is no purchase necessary for those who simply want a chance to win prizes. Mail-in entries can be submitted. Entries must be postmarked no later than Jan. 18, 2023.