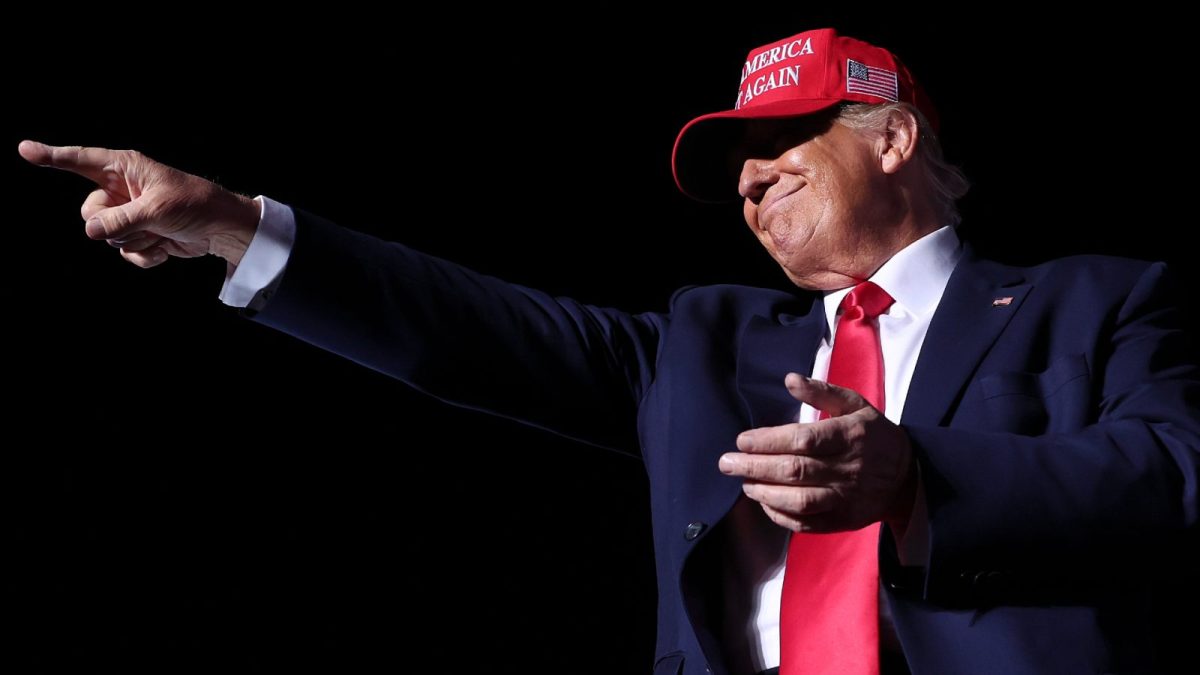 Donald Trump officially unveiled his own line of themed NFTs on Dec. 15.

The former president is selling a range of artistic works depicting real and imagined moments from his life, including images of him as an astronaut, cowboy, and superhero. Each card runs for $99, and with every purchase buyers are entered into a sweepstakes, through which they can win prizes. These range from signed memorabilia to a one-on-one Zoom call with the former president, and anyone who buys up more than 45 cards is guaranteed a ticket to attend a South Florida “gala dinner” with Trump.

Questions about the rarity of the cards and their availability quickly arose, as interested buyers eyed down the $99 price tag. There are quite a few cards available, overall, but each of them boasts varying rarity.

How many Trump NFTs are there?

In total, 45,000 Trump trading cards will be included in the initial series. If it does well, it seems safe to assume that more will follow. 44,000 of them are available to purchase, singularly or in bulk, from the Collect Trump Cards website, where users can buy them for $99 a pop. Buyers are not able to select which card they want, as the NFTs are “randomly generated and delivered,” but the site promises hundreds of options. Not all 45,000 cards are separate designs, but the site assures buyers that a maximum of 20 identical cards exist for each design.

Are there different versions of Trump trading cards?

Hundreds of separate designs are included in the initial run of Trump NFTs, but no singular card is necessarily better than any other. Some are far more rare, however, and so inherently have greater value.

As noted above, no more than 19 other people will ever share your exact Trump trading card, but some of the designs have far fewer copies. The majority of the cards will have between 2 and 20 copies, but a few are one of a kind. There is no guarantee that any of the Trump NFTs will ever be worth any real money, but if any were to increase in price, it would be the rare ones.