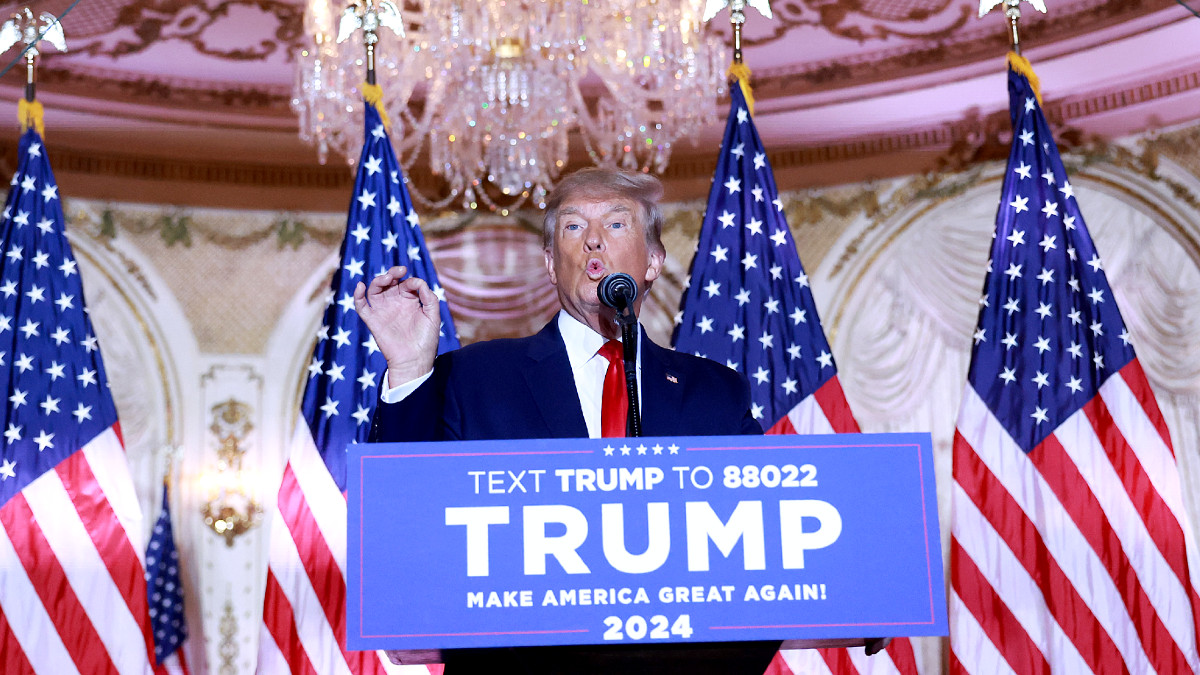 The Washington Post published an eye-popping article over the weekend that delved into the post-presidency transition of Donald Trump into civilian life, which, actually, is about on par with how one might imagine things have been going down at Mar-A-Lago.

Apparently, the former commander-in-chief surrounds himself almost exclusively with sycophants who tell him only what he wants to hear, as he is quick to temper. And unlike his time in the White House, he has no one to help guide his decisions or tell him “no,” which is basically the reason why he ended up dining with Kanye West and white supremacist Nick Fuentes at the Florida club last month.

Without reporters following his every word, Trump is said to spend his mornings watching TV and making phone calls — similarly to how he conducted himself as president — and spends six days per week playing golf on one of his courses. Every night, he has dinner surrounded by supporters at Mar-A-Lago, who reportedly stand and applaud when he enters the ballroom for his meal and again when he finishes.

The whole thing is a staggeringly accurate picture of how Trump, so far removed from any semblance of reality (which is really saying something), has failed to continue to grasp a hold of his own base. However, to that point, one excerpt is particularly noteworthy in that it illustrates how his employees go above and beyond to ensure that he only hears good news — and it involves a golf cart equipped with a laptop and printer.

Natalie Harp, one of Trump’s employees and a former host on the pro-Trump cable network One America News, often accompanies Trump on his daily golf outings, riding the course in a golf cart equipped with a laptop and sometimes a printer to show him uplifting news articles, online posts or other materials.

On some quiet days, another aide, Molly Michael, who served as Trump’s assistant in the White House, has called around to Trump’s network of allies across the country requesting that they dial the former president to boost his spirits with positive affirmations. There’s nothing going on, she has told them, adding that his friends know how restless he gets when nothing is going on, according to people who have heard her appeal.

After the dinner with Fuentes and Ye, Trump’s advisors were apparently flooded with calls from allies and lawmakers, asking him to apologize or distance himself from the pair — but shockingly, very few of these concerns actually made it through for that reason. It’s no wonder that surrounded by “yes men” and hangers-on, Trump could produce such a misfire as his heavily-ridiculed NFT digital trading cards. Sad!