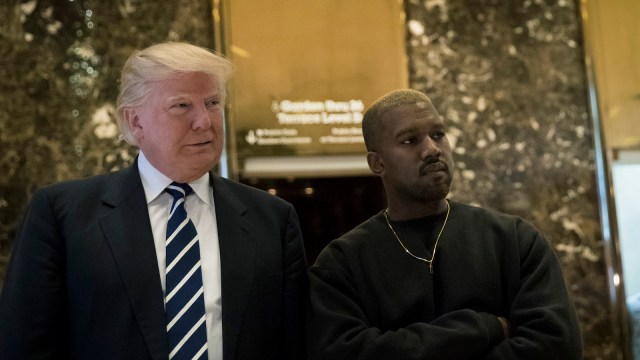 Right now, Kanye West is back on Twitter and is continuing his time off of the deep end. When he is not reportedly showing his own sex tapes to employees, he is focusing on a presidential campaign (again) and apparently asked another to join him on it.

The man who has called slavery a choice, hateful critical comments about Jews, and performed in nations with abysmal human rights records posted the above yesterday. As of this story’s filing, around 60 percent of poll respondents are in favor of the idea, though, for some, the post is a reminder of how they feel about West now means they think he should just go off into the sunset.

Replies to the post run the gamut from serious to silly and critical. Some say the public should stop giving West a pass when he is troubled in their view. Several right-wing figures are chiming in to say the idea is great while perhaps trying to troll other folks.

Nothing is official at this time. In the 2020 presidential election, the ticket of West and Michelle Tidball as an independent/Birthday Party (again, yes, really) candidate received 70,000 votes and came in second to last among eight tickets. While some have questioned if this is normal for the 45-year-old, West himself has claimed he is more authentic now and, in the past was drugged into being manageable and well-behaved, alleging his former personal trainer threatened to take things away from him like his kids.