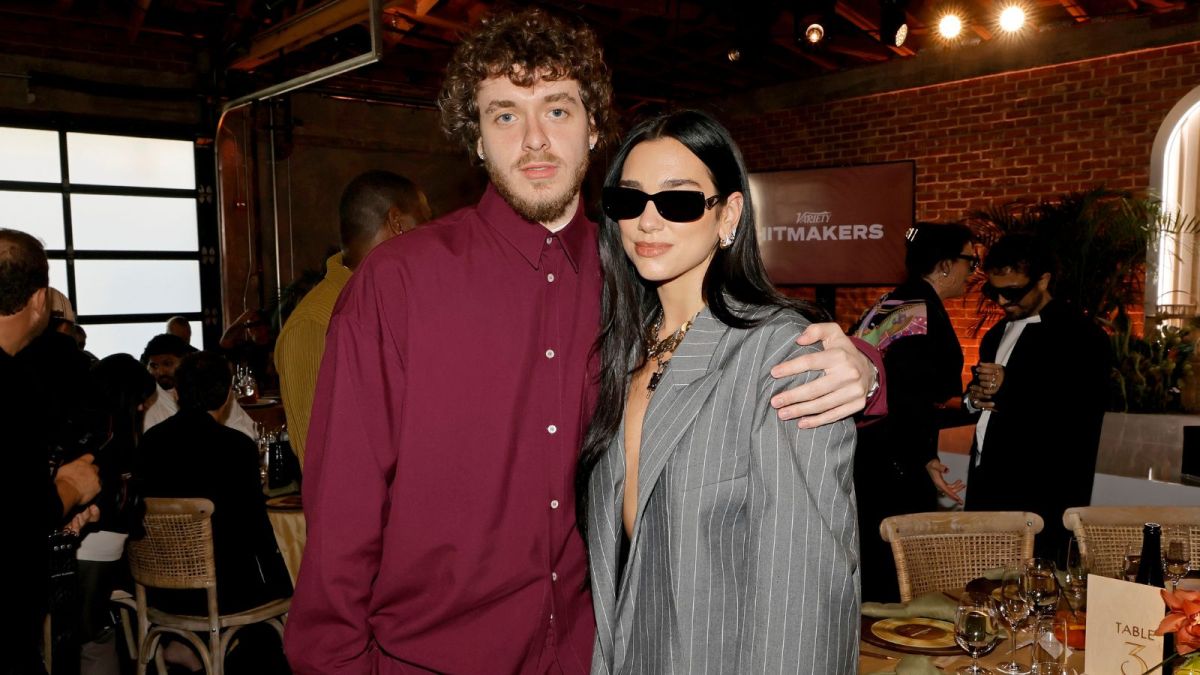 No one was ready for the news of Dua Lipa dating rapper, Jack Harlow. This late celeb dating news got people scratching their heads, asking how? why? And what manifestation powers does Harlow have to date this Grammy-winning artist? We need to know his secrets.

Page Six reported that the celebrity couple was seen together in New York City after Lipa’s Z100 Jingle Ball appearance, and later spotted in a restaurant the next day. Sources close to Harlow told Page Six that “he’s going to do his best” with his brand new relationship.

“He is going to do his best, as he has always been a fan of her.”

It’s no secret that Harlow is a fan of Dua Lipa — he even wrote a song about her. Page Six reported that he needed to get the blessing of Lipa before he released the track earlier this year, so the fact that they’re dating means Harlow certainly caught Lipa’s attention. That being said, most of the reactions to the rumors are straight-up denial — how could this have possibly come about? Was it his music? Or was it something else?

Meanwhile, an artist named Dylan theorized that Harlow manifested his relationship with Lipa through his music. Remember, Harlow wrote a song about Lipa and how much he wants her. Dylan now has his fingers crossed that the same outcome could happen to him and Harry Styles. If this theory checks out, you should better get to honing your songwriting skills and start writing a song about your celeb crushes.

This is just the second time in a few weeks that rumors about Lipa’s dating life have taken the internet by storm. Earlier this year, there was speculation that she was dating talk show host, Trevor Noah, but this was debunked soon after. However, unlike that rumor, this one seems to be more solid, so fingers crossed that this relationship lasts and, at the very least, we get a collab,

Now, if you excuse me, I’m going to use that same energy and write a song about BTS’ Suga.