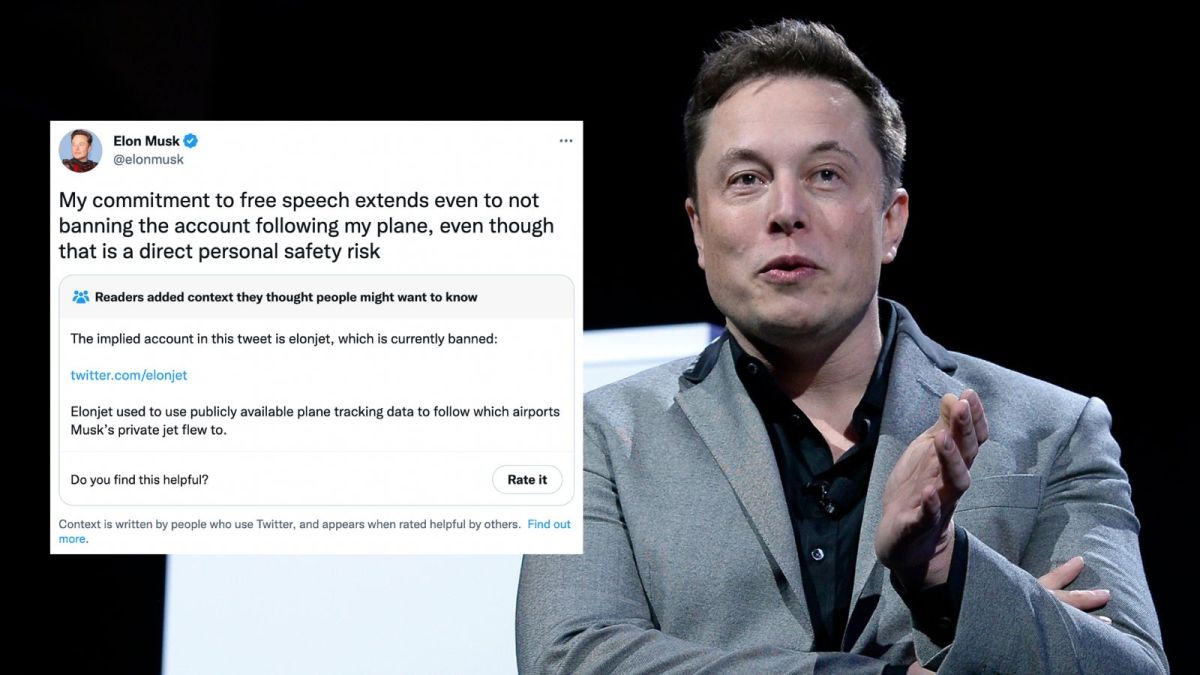 One would think that Elon Musk would be aware of all the features that are included on his social media platform, especially considering his personal mission to cut down 80 percent of “bloatware” on Twitter. So when the CEO’s very own ‘Community Notes’ feature was activated by Musk’s recent tweet, it feels like even his own website is tired of his frivolous claims.

Back in November, Musk posted a Tweet where he promoted his mission to “bring back free speech” by way of Twitter. The tweet took jabs at the popular Elon Musk tracking account, @ElonJet, which posts live updates of Musk’s personal jet flight information. Musk went on to claim that “free speech extends to not banning an account following my plane” and expressed how having that account open would put him at risk.

However, it was reported earlier today that @Elonjet was banned on Twitter, despite Musk’s pledge that he wouldn’t. It’s currently unknown why it took until now for Twitter’s ‘Community Notes’ to be activated, but it recently added factual context to Musk’s pledge and stated that @ElonJet uses publicly available tracking data that airports use to post Musk’s whereabouts.

Fortunately, @Elonjet is now back online, but the owner, Jack Sweeny remains suspended for the time being. However, even if Twitter stated that the account uses publicly available information, Musk’s newest mission is to crack down on live tracking.

Since then, Musk has announced that he’s changed the rules for real-time tracking on Twitter. Accounts that post this kind of content without consent will be suspended as it is considered to be a “safety violation.” However, if the information was delayed, then it’s fine.

Twitter also announced it updated its Private Information and Media policy, most specifically when it comes to live-tracking. Users are no longer allowed to share live tracking information of others without consent. However, there are certain conditions where this rule doesn’t apply, such as public interest.

It’s now becoming blatantly clear that a lot of Musk’s newest policies were created because of things that happen specifically to him. His crackdown on live-tracking is just one of many things that irritated him before he owned the site. So much for “free speech.”