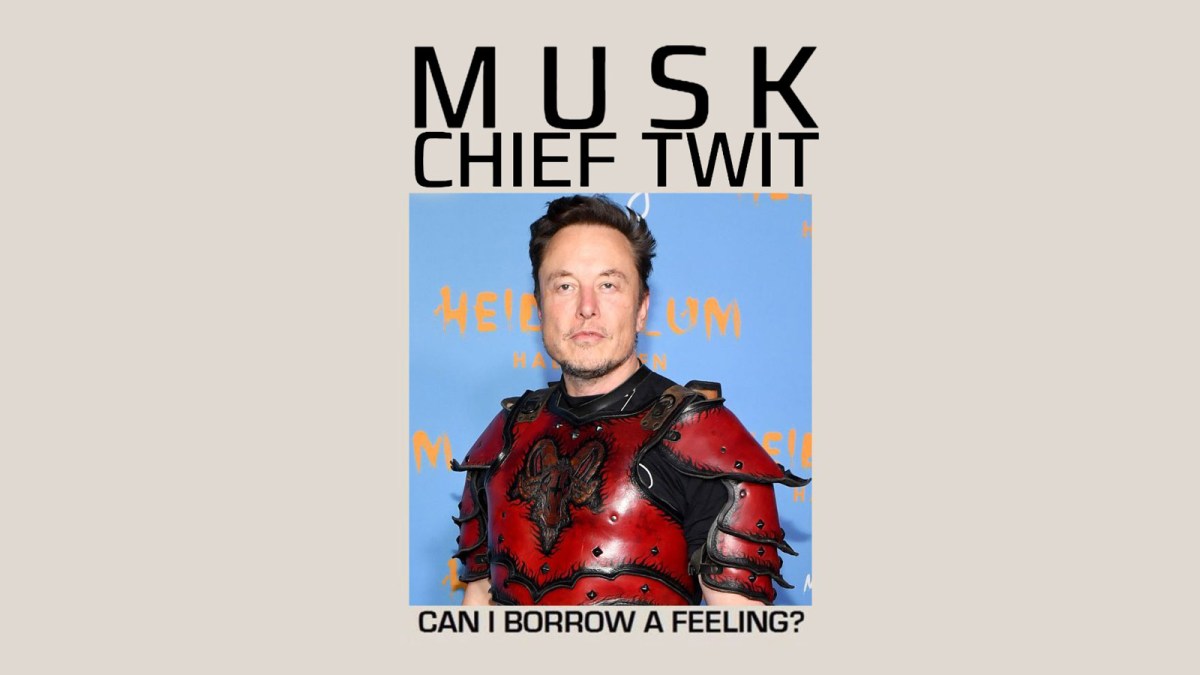 Elon Musk feels more and more like a parody of himself as the days go on, with the 51-year-old’s latest shenanigans seeing him share his truly cursed bedside table.

Much like any other 51-year-old man with 10 kids across three partners, Musk has four Diet Coke cans, a handgun, a framed painting from the American revolutionary war, and a half-empty, open bottle of water. For a man worth more than any human could ever dream of, his bedside table feels more like something you’d see on 4chan.

Suitably, he’s faced immense mockery for his attempt to look edgy, but the deepest cut comes from none other than Simpsons sh*tposters. Straight to the point as ever, a meme has likened him to Kirk van Houten and his incredibly depressing bachelor pad. Musk may not sleep in a big bed with his wife, but at least he’s stayed true to his edgy teenage roots.

The next step must be a racecar bed.

Musk’s entire takeover of Twitter is ripe for parody. The absurdity of his public persona combined with his drooling sycophantic fanboys makes him feel beyond anything a comedy writer would make up. The history books years from now will remember Musk as a billionaire who spent a good portion of his existence posting nonsense on his Twitter.

To put it into Simpsons references, what he tweets will be a window into his madness. Season four of The Simpsons saw perhaps the best-ever parody of the Citizen Kane story by turning Mr. Burns into Charles Foster Kane in “Rosebud”. 30 years later, it could even be re-evaluated as a documentary of Musk. Instead of desperately trying to get his bear back, he might be trying to get ex-partner Grimes back.

If anyone else out there sleeps next to precisely four Diet Coke cans, a gun, and an ominous bedside “water” bottle, please get in touch so we can better understand Musk’s sanity.