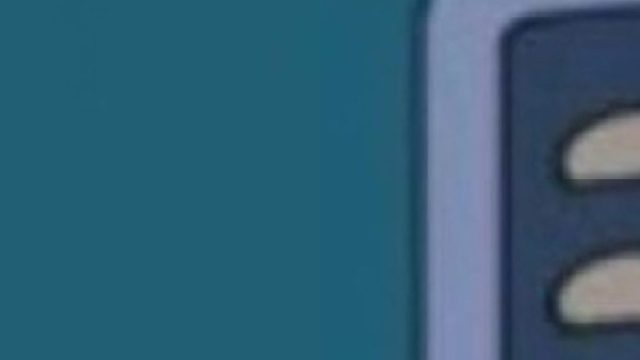 The Simpsons and its oracular ability to predict the future is consistently aided by a fanbase clinging on the series for memes about current events. Ruthless and willing to take shots at anything, they’ve set their sights firmly on Elon Musk.

Musk’s Twitter acquisition has been an unmitigated disaster to watch unfurl, with everyday leading to more farcical scenes which feel more at place in The Simpsons than reality. Real-life supervillain Musk has become his own Hank Scorpio, with an added tinge of Charles Foster Kane.

One of the greatest subreddits to exist, /r/simpsonsshitposting has taken great joy in mocking Musk, and here are some of the absolute finest produced which perfectly encapsulate the new Twitter era.

Truthfully, who actually thought Musk would bring “freedom of speech” back to the site? Do you really trust a billionaire to keep their word?

One of the dumbest ideas in a series of dumb ideas was Musk’s decision to allow users to pay to verify themselves. Mocked by Stephen King for its initial $20 fee, Musk was rightfully bullied into lowering it to $8. Still $8 too much, if you ask us.

Musk’s other big thing as a devout protector of freedom of speech is firing anyone who dares criticize his bad ideas or suggest he may not be telling the truth. Like any strong leader, he fires them and doesn’t take the feedback onboard.

Because Musk has possibly never been part of any friend group or inside joke, he struggled a lot with the idea of people impersonating him for comedic effect. In what has become the 2022 version of the Streisand effect, Musk telling people to stop parodying him ended up in hilarious consequences.

I can excuse racism under the guise of freedom of speech, but parody…

Ironic, turns out loving freedom of speech only extends to people not making fun of you. People were quick to pretend to be Nintendo, Rudy Giuliani, and many more famous figures during several hours of chaos.

Perhaps Musk’s desire to become the arbiter of free speech stems back to his ill-fated relationship with Grimes. As soon as Grimes left him and started dating Chelsea Manning, suddenly Musk started posting more on Twitter and espousing more transphobic rhetoric. But, the important thing here is one of them sleeps in a big bed with Grimes.

Was this ever going to work out well?

Much like giving a child car keys and telling them to sit in a BMW for a few minutes, you’ve only got yourself to blame for when they smash it into a tree. In which reality would giving a narcissist billionaire the seat of power to Twitter ever going to be anything but a disaster?

He does need to look after his thirty-eight children somehow, though

Musk’s desire to own Twitter is met only by his desire to father as many children as he possibly can. Between him and Nick Cannon there’s been enough children born to potentially run Twitter if he keeps firing people.

After the mess around paid verification, impersonation, and parody, Twitter restricted users from changing their names. Which, given it happened around Halloween, led to some beautiful results. We were saying boo-urns, for the record.

Musk ended up spending $44 billion on Twitter, widely believed to be $30 billion more than the app’s evaluation. All for what, exactly? When people look into the history of social media, Twitter could just go down as a footnote. Myspace was purchased for $580 million in 2005, only to be sold for $35 million in 2011.

Congratulations to Musk for unifying the world against him. Mastodon is looking like a strong potential alternative to Twitter, but jumping ship isn’t as easy as that for many people. Twitter, for better or worse, is home to a lot of communities and is almost like LinkedIn for “fun” networking.

We’re sure Musk will have more terrible ideas down the line, regardless.