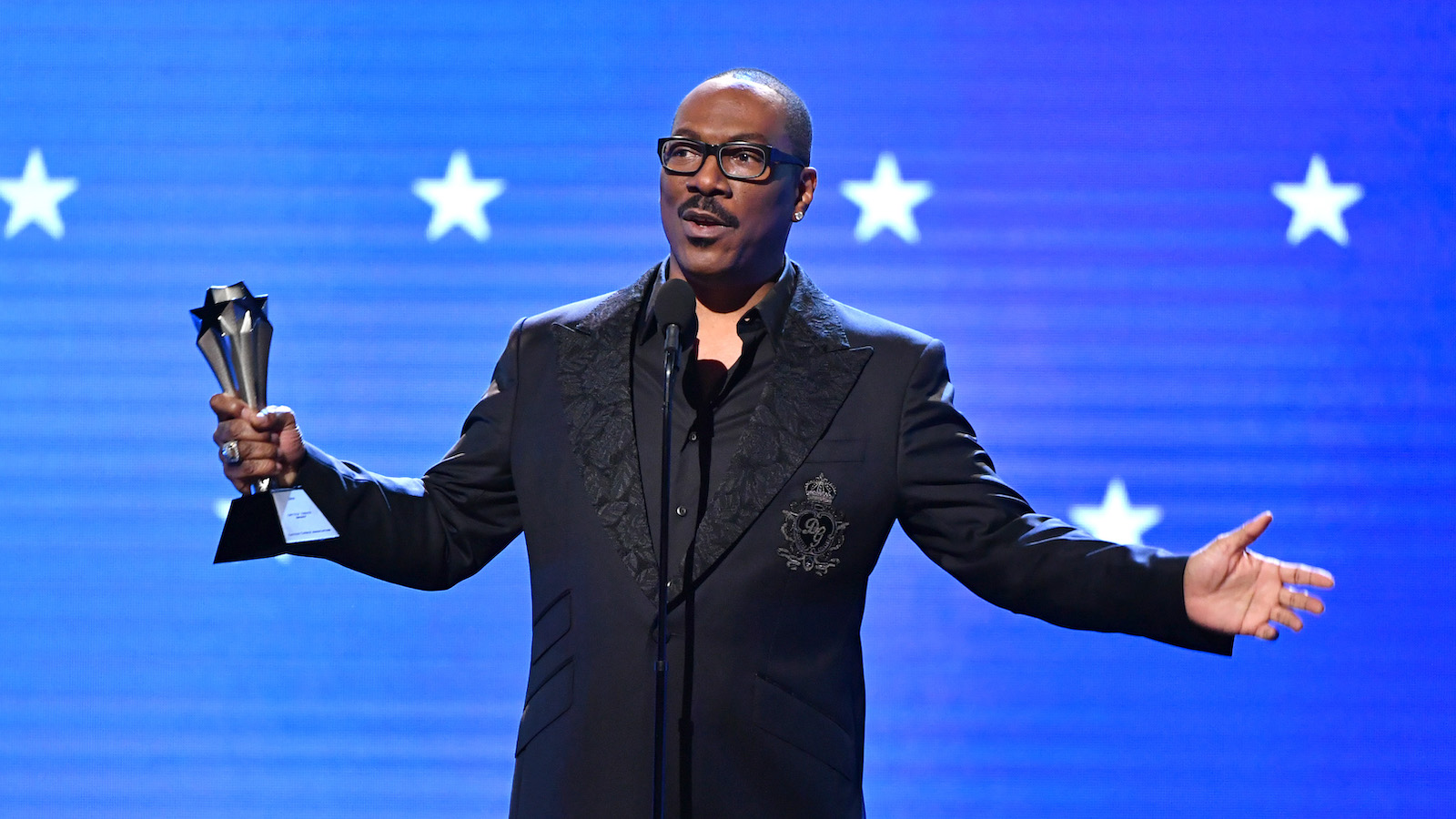 Maybe it’s because yesterday’s Shrek 21st anniversary has fans in a nostalgic mood. Maybe it’s because the world seems so scary we just want to laugh. Or maybe it’s just because Eddie Murphy stans know that you don’t need an excuse to celebrate the man.

Whatever the reason, Eddie fans collectively took to Twitter today to remember everything they love about his work. And we do mean everything, as they just randomly decided to pile on and celebrate every single phase of his career, from his standup to his legendary SNL sketches that had even his targets laughing to some of his greatest film work.

The user “Hepp Cat” went to see Eddie Murphy on the legendary “Raw” tour in 1987 and literally has the receipts to prove it. Tickets were only TWENTY BUCKS (tax included):

While the “Master of None” reminds us why Eddie was one of the greatest standups of his generation with this clip where he cancels Bill Cosby decades before anyone else knew what was up with the man:

Eddie knew who the GOAT was:

Eddie Murphy’s “Mr. Robinson’s Neighborhood” children’s show parody on Saturday Night Live was so epic that even the guy he was making fun of was a fan:

While Tinu remembers the great “White Like Me” short on SNL back when you could get away with this:

Trading Places is still recognized as one of the greatest comedies of the ‘80s, and it was in part due to two of the greatest character actors ever nailing their roles as the villainous Duke brothers. Bellamy and Ameche were so classy it earned them a follow-up cameo in the John Landis/Eddie Murphy collaboration Coming to America.

A young Giancarlo Esposito had a blink-and-you’ll-miss-it role early in the film:

The Nutty Professor was one of the all-time great comeback films, and it gets its proper respect as well:

Harlem Nights, the only film Eddie has directed, is his most underrated. It certainly had an all-GOAT cast:

Some people are even fans of Eddie’s music career. He certainly had two of the biggest collaboration partners of the ‘80s:

And finally, we’ll end with the perfect answer to “Why is Eddie Murphy trending?”